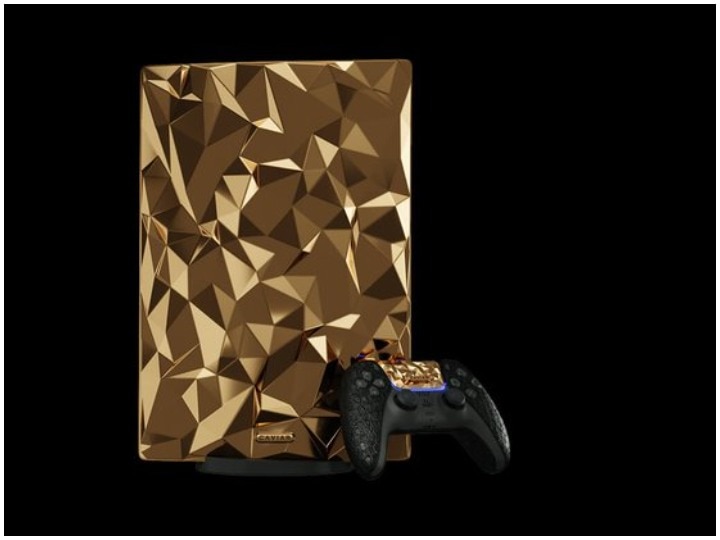 New Delhi Russian luxury brand Caviar is known for customizing limited edition smartphones and other gadgets. Caviar has often been customizing expensive brand gadgets with some of the most expensive luxury materials including gold, diamonds and crocodile leather.

Currently, Caviar has released a list of its 4 new customized products for the year 2021 before the new year. Sony PlayStation 5 has also got a place in it. The Sony PS5 Golden Rock Edition being made by Caviar is a limited edition of the much-discussed console which will be covered with 18 carat gold. The PlayStation 5 DualSense Controller has been given a matching Golden Makeover.

Price can be up to 8 crores

At the same time, Grips prepared from crocodile leather will also be given in PS5 controller with matching golden inserts. At the same time, after such an expensive customization, this product is expected to be quite expensive. Currently, no pricing has been set for the Sony PS5 Golden Rock Edition gadget yet. At the same time, considering the gold used on the console, its value is being estimated more than Rs 8 crore.

To celebrate New Year at home, buy these 5 cheap speakers, the party will be doubly fun.

Best Workout App: These 5 apps will work like a fitness coach, will also take care of eating, drinking and sleeping

Popular Games: PUBG and Battleground will be forgotten, these 5 cool mobile games are coming