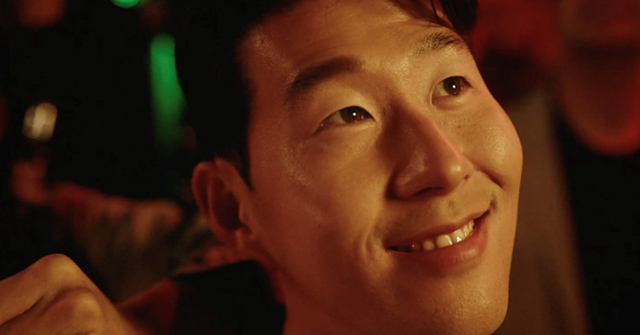 The “tiger” spirit that dares to dream, courageously faces all challenges, and constantly overcomes obstacles are the factors that push Son Heung-min to become the world’s top soccer star as it is today.

“Whenever I see something round, I kick it as an unconditioned reflex. Whether at home, in the alley or in the playground, I just kick the ball. Playing with the ball is what I enjoy the most. Now Now that I think about it, the circumstances at that time shaped me into who I am today,” Son Heung-min wrote in his memoir at the age of 27.

When he was young, he dreamed of participating in major continental and world tournaments

Son is the perfect model for the saying “with merit to sharpen the iron, one day to become a needle”. To get the success like today, the Korean striker has undergone a period of training “to taste honey” with unprecedented harsh exercises.

The Athletic revealed that one of Son’s exercises in his youth was to keep the ball in the air, ie toss the ball continuously, for 4 hours. Every time the ball hits the ground, the clock will start over. Son’s childhood revolved around basic exercises from kicking, dribbling, kicking the ball… with such high intensity.

Persevering in pursuing his dreams and persistence is one of the qualities that helped Son catch the eye of European scouts. He moved to Germany to join the youth academy at the age of 16.

Son understands that going abroad is a stepping stone to realizing his dream, but no road to success is strewn with roses. The harsh reality with different climates, playing styles, language barriers, loneliness and pressure made the young man from Asia think that he had given up to return to his homeland. But Son didn’t stop.

In 3 seasons playing for Germany, the Korean striker scored 20 goals in 78 appearances. In the summer of 2013, Son joined the new team in a dual role. Also from this milestone helped Son’s name become more known on the world football map, and then brought him to one of the most important decisions of his life: Moving to England to play for one of the top clubs .

Son’s first season in the land of fog also did not go well, because despite playing 40 matches, he only played an average of 46.75 minutes per game and scored only 8 goals due to a goal injury. feet and many other reasons. All those factors combined made the Korean striker almost returned to Germany after only one year.

However, he decided not to run away from the challenge, asserting himself step by step to gain the trust of his Argentinian teacher. In fact, coach Pochettino himself once said that it takes players from other leagues about 2 years to integrate into the culture, play and settle in the Premier League. Son is no exception, but unlike the names who gave up and failed, he stayed, succeeded, and even was on his way to becoming a legend of “Rooster”.

Never stopping to dream big, Son shared: “In a dream, you can do anything you want. In my country, people often say that you should have bigger dreams than big things.”

305 appearances, 116 goals and 69 assists are talking numbers that accurately reflect Son’s stature. His impressive form has contributed to bringing the London team second in the 2016/17 Premier League, reaching the 2018/19 Champions League final and the 2020/21 English League Cup.

Son personally also won the Puskas title for the best goal in 2020, ranked 22nd in the list of nominations for the European Golden Ball in 2019 and just received the 7th Asian Golden Ball a few days ago. He is considered as one of the global stars, the leading inspirational figure of the young generation with the 5th place on the 40 Korean celebrity rankings of Korea. Forbes in 2020 and 2021.

Son’s story has become an inspiration, promoting the spirit of “tiger” who dares to dream, courageously confronts difficulties and overcomes adversity to reach the top. That is also the message Tiger Beer wants to convey when deciding to make the Korean striker the brand ambassador for the “The year of your Tiger” campaign (roughly translated: Your Year of the Tiger).

Sharing about this cooperation, Son Heung-min said: “A strong tiger always chooses to face adversity and never backs down from a challenge, always bold and determined. Me too, always working with all my might and courage to follow my own dreams – even in the most difficult of times. Therefore, the approaching Year of the Tiger is the perfect opportunity for us to have big aspirations and stay focused on discovering our potential. I am very pleased to accompany Tiger Beer in its journey to inspire the spirit of the tiger to people all over the world.” 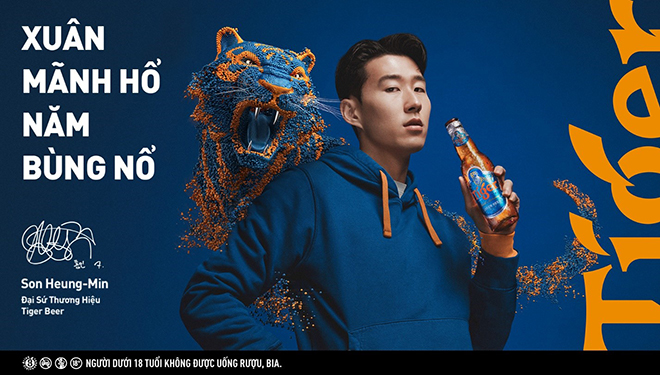 The coming of the Tiger year brings a lot of hope. This is also the perfect time for each of you to set new, higher and greater goals. Representing the spirit of “tiger”, Son aims to constantly improve his performance to win the most prestigious gold cups that any player dreams of in his playing career.

Tiger Beer – a brand born from the street, despite all challenges to successfully brew a brave beer taste. Because Tiger believes that everyone carries a “tiger”, a version capable of surpassing all limits, nothing is impossible. But we often stop before the barriers, because unlike the tiger, we are still afraid of failure. Therefore, in the coming new year, Tiger Beer will accompany football icon Son Heung-min to launch an inspirational journey, encouraging people to put aside all fears, rise to achieve their dreams. great hope in the Year of the Tiger. The new year is always a time for us to look back, re-energize and look forward to good things ahead. But this year – the year of the Tiger, Tiger started a new journey in a different way than every year, creating the perfect time for everyone to explode in the new year. The Year of the Tiger is your explosive year. No longer small, short-term goals, now is the time to remove barriers to realize bold ambitions in our own way, “untie” ourselves and become the version, courage, self believe, not limit yourself.