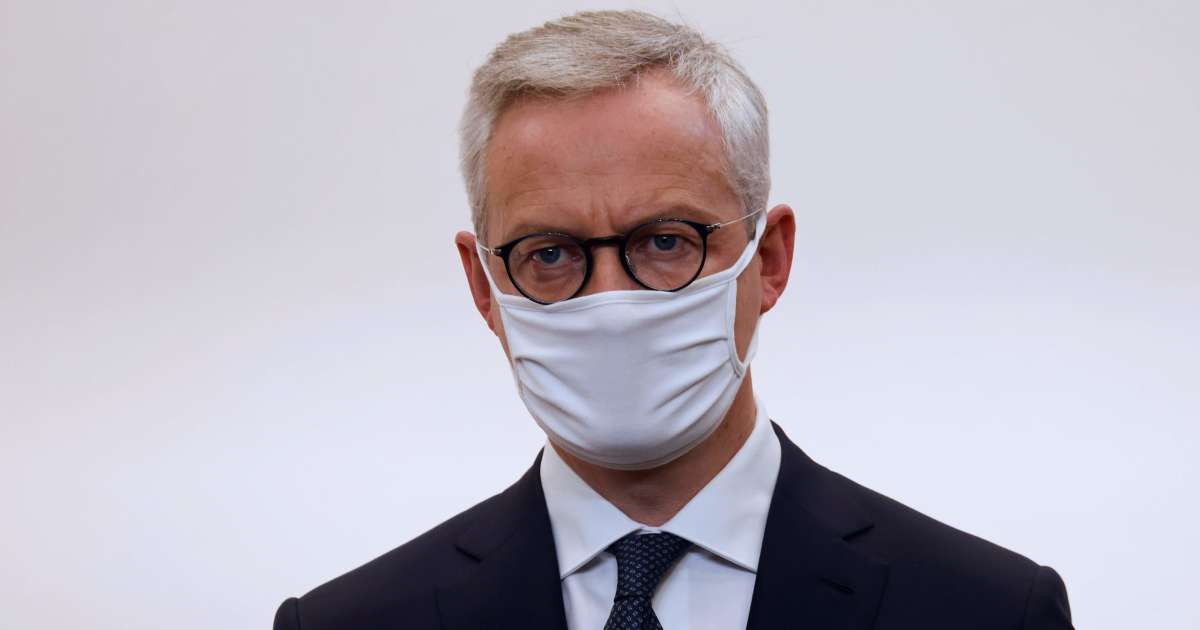 To support businesses hit by the curfew, the Minister of the Economy Bruno Le Maire announced this Thursday, October 15, an expansion of the solidarity fund as well as a six-month extension of the loan system guaranteed by the State ( PGE).

The solidarity fund will be open to companies with less than 50 employees in all sectors located in curfew zones as soon as their loss of turnover reaches at least 50% and for a maximum amount of 1,500 euros per month. , “For the duration of the curfew”, detailed Bruno Le Maire during a press conference with Prime Minister Jean Castex and several other members of the government.

For hotels, cafes, restaurants, culture, events, sport and certain related activities located in curfew zones, the solidarity fund of up to 10,000 euros per month can now be received by residents. companies with a loss of turnover of at least 50% and no longer 70%, added the minister.

In addition, for these sectors, the aid will be uncapped from Saturday (although it could not so far exceed 60% of the company’s turnover) and these establishments will no longer have to pay employers’ social security contributions until the end of the curfew if their loss of turnover exceeds 50%.

Jean-Dominique Senard: “Another capitalism is possible”

To support the cash flow of companies in all sectors, the State guaranteed loan scheme (PGE) is extended from December 31, 2020 until June 30, 2021, also indicated Bruno Le Maire, recalling that 120 billion euros of these loans had already been distributed.

However, their maximum amount had been set at 300 billion euros by the government and will not be reached at the end of 2020.

Partial unemployment at 100% maintained until the end of the year for hotels, cafes and restaurants

Finally, the Minister of the Economy asked “To the French Banking Federation to examine” a deferral of the repayment of these loans for an additional year for businesses that really need them.

Such a deferral of reimbursement was requested in particular by the Confederation of Small and Medium Enterprises (CPME).