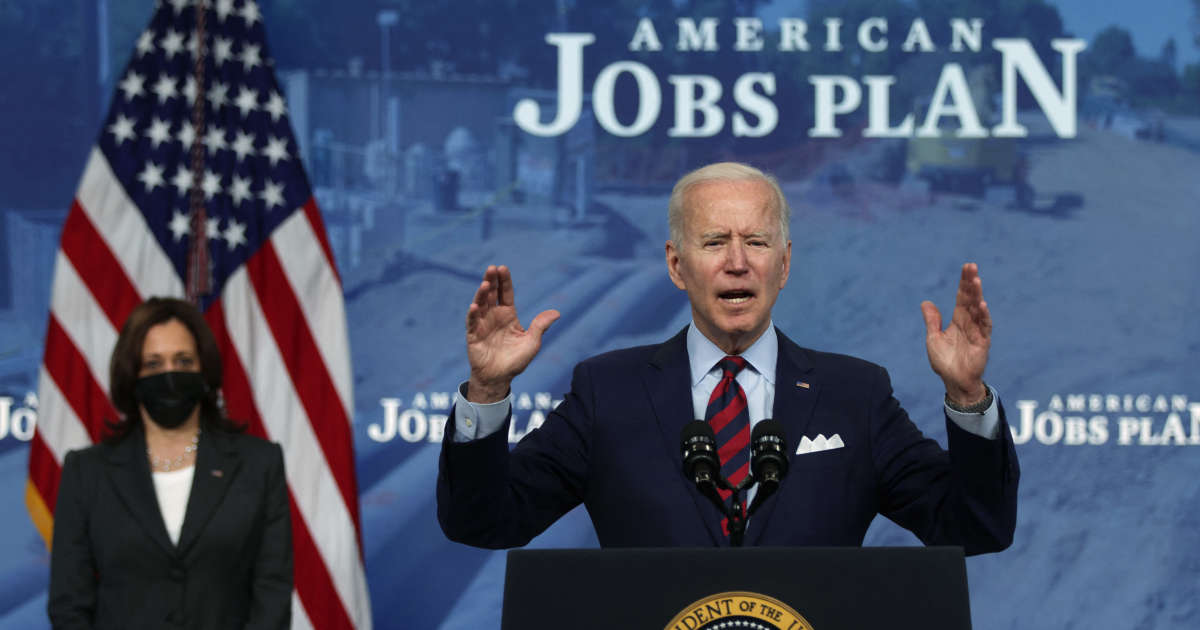 The sentence was launched by the entourage of Joe Biden, as a course from which we should especially not deviate: “We must act and act now. “ A summons that the advisers of the new American president went to seek in the inauguration speech of one of his predecessors at the White House: Franklin Delano Roosevelt.

On March 4, 1933, in a country devastated by the consequences of the crash of 1929, the latter outlined an all-out policy of intervention by the State which will remain known as the “New Deal”: no longer question. to rely solely on market forces, room for public intervention in the economy. And Roosevelt, in that same speech, to explain:

“The extent of the restoration of the country will depend on our ability to better take into account social values ​​rather than profit. “He puts an end to 40 years of ultra-liberalism: Joe Biden, the new Roosevelt

It is this heritage that Biden claims today. A lineage that “Obs” has chosen to bring to its headline this week as it marks a profound break in the management of economic affairs as it has been conducted for forty years. The “next world”, so fantasized during the first months of the pandemic, and then so mocked by cynics of all stripes, is emerging and shaping itself in Washington.

In less than a hundred days at the White House – he will celebrate them on April 30 – Biden has committed trillions of dollars in spending, for the energy transition, transport, research, social protection, but also increased the taxes of the richest and those of companies. So many nails in the coffin of what has been called, since its advent in the early 1980s, “ultraliberalism”, “reaganism”, “financial capitalism” or “Thatcherism”, and that its main inspiration, the economist Milton Friedman, summed up as follows: “The market greatly reduces the field of questions to which political answers must be given. ”

So certainly, the political balance on which Joe Biden relies is fragile. Certainly, we have already seen the sketch of “worlds after” in the past which in the end never materialized. But just his desire to raise the corporate tax rate from 21% to 28% – which would be the biggest tax hike in the United States since World War II – marks a fundamental break with both rich countries have not ceased, for forty years, to go in the other direction.

It is the hope that States will finally stop this race for fiscal competitiveness and break the deadly circle of “always less”. Already, this measure of Biden inspires elsewhere, in the United Kingdom, for example, where Boris Johnson has just decided to increase the corporate tax.

James Galbraith: “Americans don’t see the state as a monster”

We must admit that in not even a hundred days everything has changed, and that the European Union, and particularly France, seem stuck in another time: both have conceded only timid plans of raise, the amounts of which are pale compared to those incurred by Biden. No doubt it is because France has never espoused Anglo-Saxon liberalism like the others that it does not feel the need to hold up the handle so radically – our country has always remained one of those, if not the one, where public spending is the highest.

But, by comparison, Biden’s choices nonetheless make those of France more than questionable, which, after having abolished a large part of the ISF in recent years and reduced the taxation of capital income, still plans to lower the tax on companies. It would be a great shame to stay out of time for a long time, when so many past mistakes are being corrected.