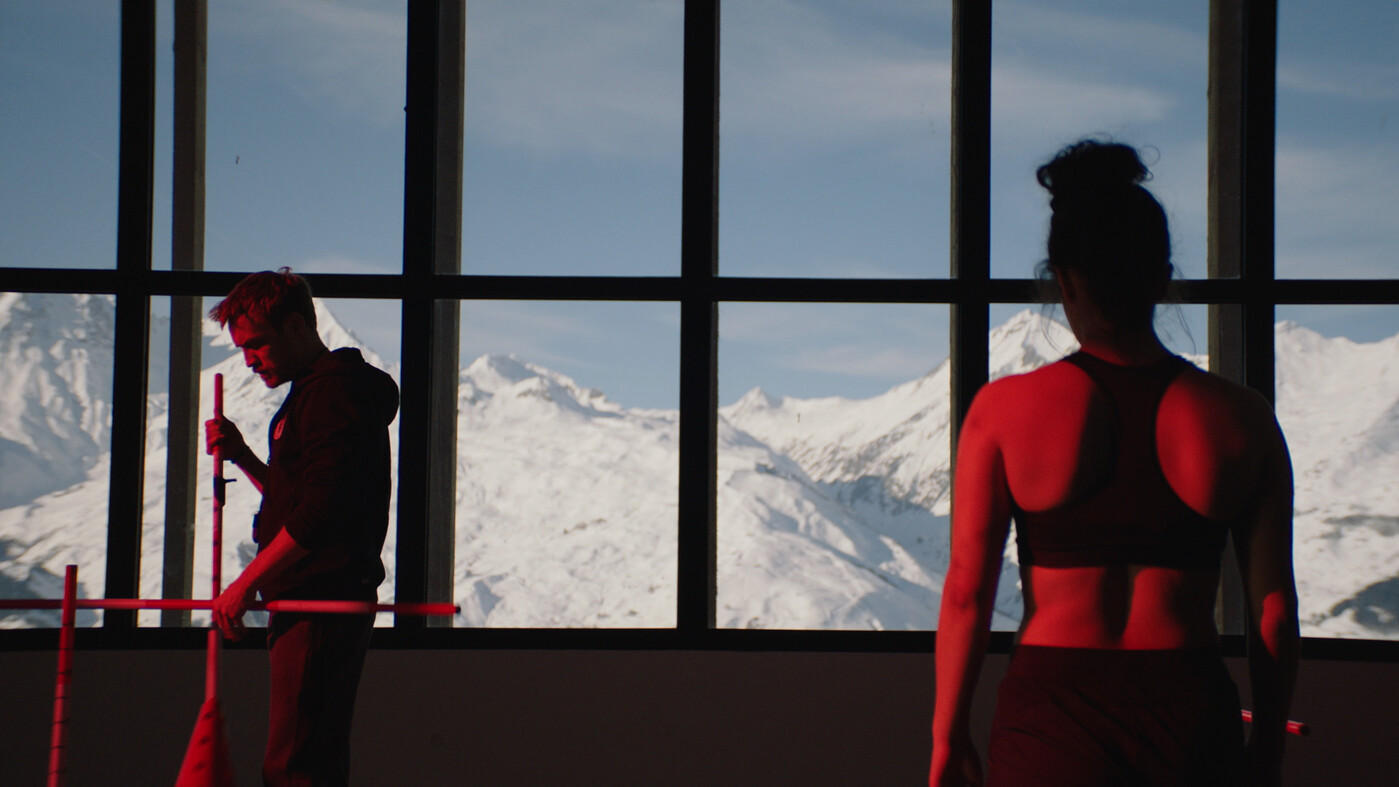 It would be wrong to reduce Slalom to a simple film-dossier on sexual violence in sport, the timing of which would perfectly resonate with the recent release of speech in this area. This first film by Charlène Favier, tense by an energy and a vital necessity, is much more than that.

→ MAINTENANCE. Charlène Favier: “It is difficult to denounce what cannot be named”

First because the 35-year-old director, herself a victim of sexual abuse in her youth, wrote the screenplay long before the #MeToo wave and the confessions of skater Sarah Abitbol, ​​who helped lift the lid on a long taboo subject.

Then, because by telling us the story through the eyes of Lyz, her heroine, she manages with great accuracy to decipher the phenomenon of influence where consent becomes an abstract notion, while making us share the unspeakable: the sudden eruption of violence and the mechanisms of denial and astonishment that are put in place to confront it.

Mixture of fragility and determination, with her round face and black eyes, Lyz (Noée Abita), 15, joins the prestigious ski-study section of Val-d’Isère, a real factory for champions where we dream of podiums and of medals. The requirement is great under the rule of Fred (Jérémie Renier), former champion who subjects them to hard training. At first invisible to her eyes, the young girl is ready to do anything to prove her worth on the slopes and satisfy her ambitions.

A fierce physical preparation and a first medal won at the French championships quickly made her the “darling”. Left on her own by a divorced mother, forced to leave the region to find a job, she quickly comes under the thumb of this tough and charismatic coach who defers on her own broken hopes for an Olympic career.

The body at the center of all attention

Placed at the center of the film, his body, which must be manhandled, transformed and shaped to make it a performance object, becomes the object of all attention. Fred takes complete control of it, to the point of worrying about his period to match, he says, his training program on his cycles. First of all, there is nothing equivocal in this obsession placed at the service of competition, and Lyz submits to it with the naive joy of a child who has suffered too long from the lack of attention from adults. Gradually isolated from the group, she pointedly ignores the warnings of her classmates and the barely expressed concern of some adults about the nature of their relationship. Until the intimacy that was created between them and the intoxication of victory blew up the last barriers.

In these moments, which arise according to the impulses of her mentor, Charlène Favier lingers on Lyz’s gaze, making us share the distress and incomprehension she feels without being able to formulate them. For a first attempt, Charlène Favier shows great mastery in the staging that she puts entirely at the service of her subject and her two actors. Noée Abita, already spotted in Ava, the pretty film by Léa Mysius, bursts the screen, while Jérémie Renier is convincing in the role of this seductive and ambivalent trainer but never reduced to his status of aggressor.

Nurtured from a childhood spent the winter in ski resorts where her parents were seasonal, the director admirably manages to capture these special atmospheres where the altitude and life in isolation exacerbate the feeling of isolation and where competition high level, with its adrenaline and dangers, is coupled with sexual tension. The mountain is a character in its own right, with its contrasts of shadows and lights, which are in tune with Lyz’s moods to better underline both its strength and its fragility.