The 2021 Miami Open final is a confrontation between two unpredictable players, Jannik Sinner (world 31st) and Hubert Hurkacz (37th in the world). This is the first time these two players have participated in the finals of a Master 1000 tournament and only one person enjoys the feeling of glory. 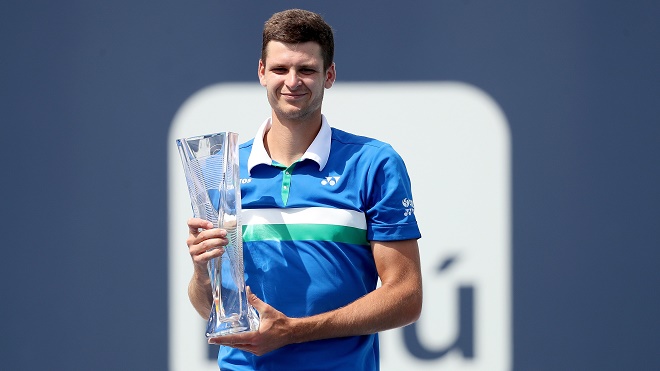 Hurkacz won the Miami Open for the first time

In set 1, Hurkacz won a break in Sinner’s first service game to lead an early 3-0 lead. Sinner reclaimed a break in game 5 before equalizing the score 5-5. After that, the two players continued to win 1 more break to bring the set to the tie-break series. Here, Hurkacz proved more brave when he overcame the Italian opponent with the score 7-4.

Entering set 2, Hurkacz did even better when he won a break in both Sinner’s first two service games and soon took a 4-0 lead. The Italian’s efforts could only help him reclaim a break in game 6 before losing 4-6.

In the end, Hurkacz defeated Sinner after 1 hour 46 minutes of competition, thereby winning the 2021 Miami Open Championship. This was the first ATP Master 1000 championship in the Polish player’s career.