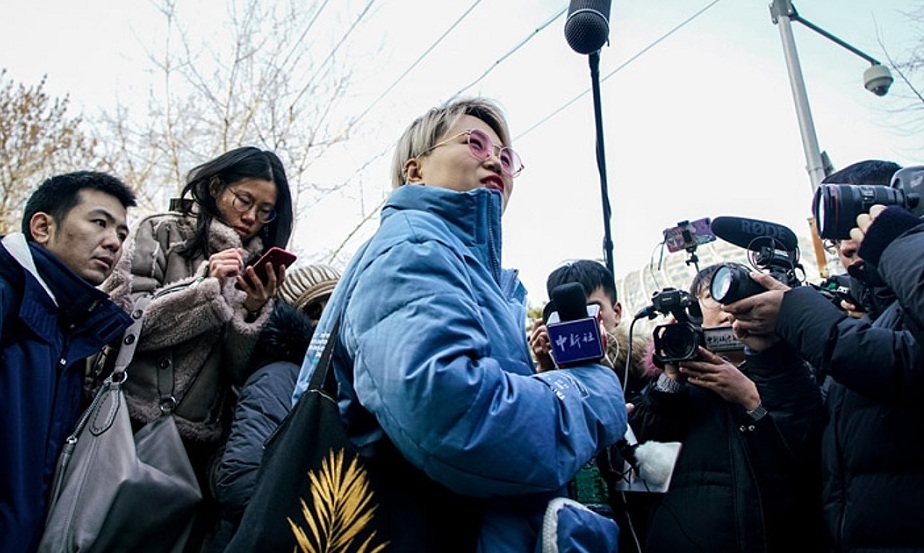 ChinaShanshan usually starts her day by lying in bed, sending messages to a group of 270 “close friends”, who are also single like her.

Although she considers them as close friends, the 25-year-old girl has not met any of the 270 members of the group (Huddling Group). They differ in age, hometown and interests, but the same thing is that they have vowed not to marry for the rest of their lives.

China saw a 40% decline in the marriage rate between 2013 and 2020, as Millennials (those born between 1981-1996) do not accept the traditional view that young people must get married to settle down soon. According to estimates by the statistical agency, in 2021 this country has 92 million single people.

No longer a minority, singles still face many barriers. Stigma for not being married remains strong, as authorities express concern about a looming demographic crisis. They see single women as “leftover women”.

Chinese law also has barriers to unmarried people. Single people cannot adopt children and cannot access assisted reproductive technology. In many cases, they cannot claim maternity benefits. In some cities, they even have trouble buying a house.

In recent years, online communities and groups for singles have flourished, becoming an address for spiritual support and protection of interests for members of a society that values ​​marriage. They share frustrations with each other, tips for dealing with discrimination, the dangers involved in living alone, and help each other navigate the legal system.

Shanshan discovered the Huddling Group a year ago. A native of Guangzhou, southern China, Shanshan vowed not to marry due to a childhood trauma.

At the age of 10, she was sexually assaulted by a relative. When Shanshan denounced, the family did not support. Her grandmother blamed him for being too “sexy”.

At first, Shanshan was just curious to learn about the lives of the other singles in the group. But once, when sharing his story with another member, Shanshan was touched by great sympathy.

Other members of the group shun marriage for a variety of reasons. Some, like Shanshan, are still haunted by memories of painful childhoods. Others do not want to be wives in a Chinese family where women often play a secondary role. Inequality is the main reason for the declining marriage rate in China, where more women want to stay single than men. The third group is indifferent to marriage because they want to focus on their personal career or self-improvement.

Chen Yaya, a researcher on gender issues at the Chinese Academy of Social Sciences, says social attitudes have changed dramatically since 2011, when the Chinese media frequently used the term “residual women”. re” (sheng nu) to describe single women over the age of 27.

“It was very common to see discriminatory comments aimed at single women back then. Now, society is gradually accepting this group’s celibacy as a normal way of life,” Chen said.

In “Huddling Group”, discrimination is no longer a top concern of most members. Personal safety is a much more important issue. New female members are advised to install security cameras in front of the house and use boys’ names to avoid being stalked when going out.

Finance is also discussed frequently. Shanshan often consults with insurance, health care plans and investments. Like many other members, her concern is how to go through old age without a partner. “The best thing about this group is that when you express concerns and concerns, no one says ‘get married and everything will be fine,'” she said.

Young Chinese people are increasingly interested in the concept of celibacy. In January, a group of feminists organized the country’s first online singles’ event. 108 forum participants, with experts, discussed guardianship, legal risks single people face when having children through representatives.

Issues such as the safety of single women and the maternity benefits of single mothers were discussed. Other activists are also founding online groups that focus on specific issues of single people’s rights.

Single women have taken specific actions to claim their rights. In 2020, a single mother sued her employer in Beijing for refusing to pay maternity leave. Last year, single mothers in Shanghai and Shenzhen sued local governments over unpaid maternity benefits.

While most of the above cases fail, they do make single people’s rights issues a subject of concern.

“There’s still a long way to go. I hope to one day be able to have IVF in China instead of going abroad. That will save me a lot of money,” said Pata, who runs a women’s group single wants to have children, said.