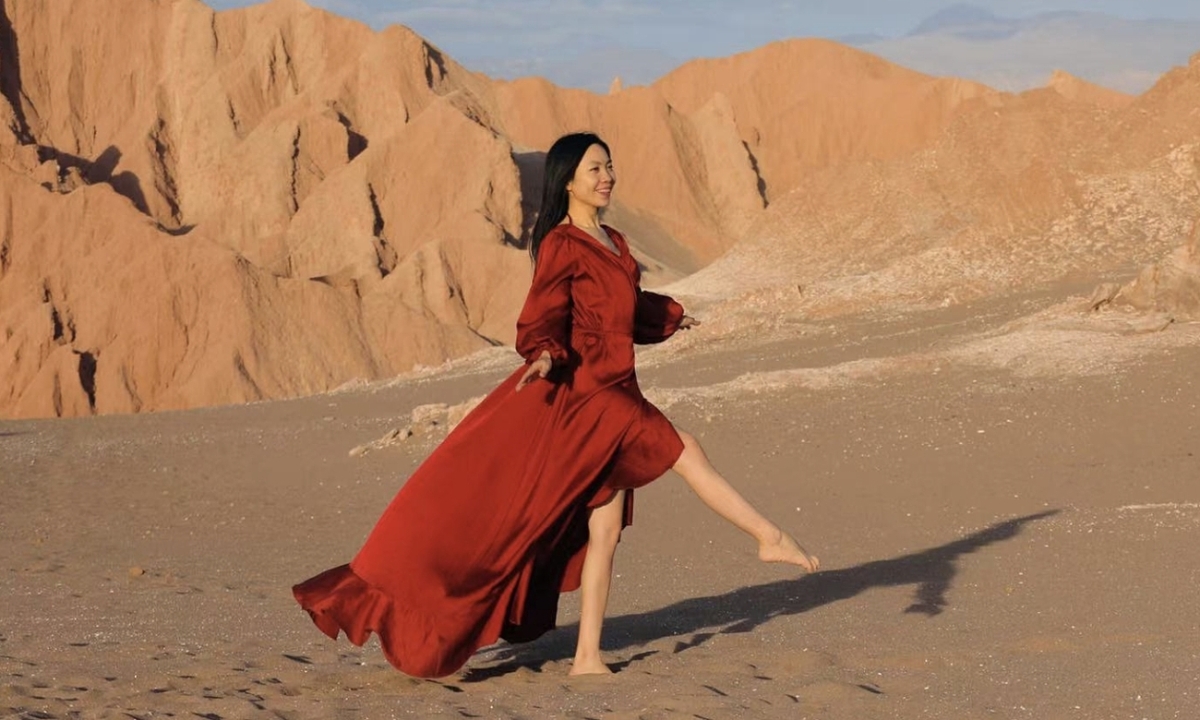 ChinaWhen Mini woke up, the bedroom curtains opened automatically, giving her a view of the city of Chengdu.

Sitting at the dressing table, the business consultant began unpacking luxury cosmetics. Then she will go to the hair dryer or have lunch with the girls.

This is often the opening paragraph of Mini’s life introduction videos on the Xiaohongshu platform, attracting more than 101,000 followers a year after its launch. “What will life be like as a single woman, without children at the age of 41?”, she introduced herself.

Mini’s openness is rare because people who are perceived as “bad girls” are often stigmatized. But Mini says she posts the videos to become “an inspiration for other unmarried women”.

“I wanted to show them that being single doesn’t mean you can’t live a fulfilling and wonderful life,” she says.

Mini is not alone. More and more Chinese women are showing off their wealth on social media to show they have a great life without necessarily having a husband.

Typing the phrase “older single woman” on Xiaohongshu brings up dozens of results, ranging from women who show off their vacation photos in luxury destinations to expensive handbags, all with captions emphasizing they’re single. .

One person posted a video with the title “33 years old and unmarried – what does she do every day?”. In it, she took 1,300 followers on a tour of the swimming pool and spa room in her apartment. Her account is flooded with pictures of trying on jewelry, luxury clothes, Prada and Chanel handbags.

Sociologist Mu Zheng, of the National University of Singapore, said that the stigma against single women has not completely disappeared in China, but has lessened because many women are independent and successful today. economic and social aspects.

According to a 2019 report by investment services company Accenture, Chinese women aged 20 to 60 contribute $1.5 trillion to the purchasing power of the Chinese market. More and more people are re-evaluating whether they want to follow the traditional path of marriage and family. “Choosing to be single is increasingly becoming a deliberate and voluntary decision rather than a forced one,” says Mu.

According to an October 2021 survey by the China Youth Union, nearly half of young women living in cities have no plans to get married. Last week, China’s Ministry of Internal Affairs reported only 7.63 million marriage registrations in 2021, the lowest since the country started keeping records in 1986.

Even if some don’t flaunt their purchasing power on public social media accounts, they regularly send photos to members of their family, according to a 2021 study into the stigma surrounding women. Single Chinese woman. The end goal is the same: To prove they can afford to live comfortably and successfully.

“These photos serve as convincing evidence that the women are satisfied with themselves and help alleviate parental anxiety,” said Liu Chih-ling, co-author of the study.

This is exactly what a 39-year-old female restaurant manager in Guangzhou hopes to achieve when she shares it online. Her private WeChat account is limited to 170 of her closest friends and family members. Besides regularly posting photos of traveling around Asia, she is not afraid to share her most luxurious items.

“Relatives can’t tell my parents that I’m a failed daughter just because I’m single, because I’m clearly not. Living alone is good and they can all see it. on my WeChat,” she said.

Sociologist Mu Zheng is not surprised that women show off their wealth. “They want to affirm their position of independence, self-sufficiency, prove their quality of life does not depend on marriage or anyone. Showing off is an effective way to assert their stance and attitude,” she said. .

In last year’s study of role models on Chinese television, researchers at the US company Bernstein found that many of the female stereotypes in Chinese TV series in recent years have in common: young, beautiful, talented. and financially independent.

For example, in the movie “30 is not the end”, the character of Gu Giai was cut from the group photo because he was the only one not carrying a Hermes Birkin or Kelly bag. The photo was later kept because she bought her own Birkin. “The concept of a woman ‘successful through a good marriage’ has turned into ‘be the architect of her life’,” the Bernstein researchers said.

As for Mini, despite how she posted the video on Xiaohongshu, she still affirmed that she was not against marriage. “I just wanted to say I can be single and happy,” she said.

Bao Nhien (According to Insider)