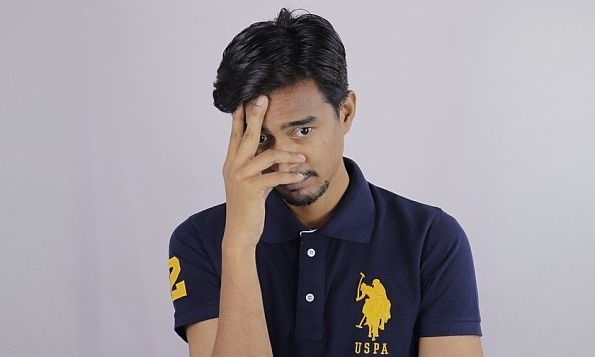 Your opinion is always ignored, you are assigned too many unnamed or not important tasks… shows that you are being underestimated by your superiors or colleagues.

Invisible in the meeting

A pretty obvious early sign is that your point of view is being refuted or overshadowed by the opinions of others in the meeting, says Anyelis Cordero, founder of a career coaching service, in the US.

Mary Abbajay, president of a leadership development consulting firm, says, if a coworker interrupts your speech or ignores you, it means they want to send the message “you don’t say anything. valuable at all”.

According to Abbajay, if you continue to be ignored in meetings, consider whether you have communicated the message clearly or not. Once you’re sure you’ve presented your idea effectively, ask your colleague follow-up questions to find out why you weren’t recognized.

Ask questions like, “Can you explain where I went wrong?”. This question helps you get more information to learn from and doesn’t make others see it as some kind of attack.

Too idle or busy with no name

However, if you keep worrying about things that aren’t yours, such as making coffee, taking notes, etc., it also proves that you don’t have much value in the company.

“When you’re doing boring jobs, projects or tasks that aren’t challenging, while someone else has more interesting work, it’s a sign you’re undervalued,” says Abbajay.

When you realize you’ve done the same boring job for the 10th time, think about where your main priority lies. Lise Vesterlund, a professor of economics at the University of Pittsburgh once said, “Every ‘yes’ of your friend is accompanied by an implicit ‘no’ to something else. If you’re doing a job less than your level of training, then the It’s not very satisfactory to you.”

You are under strict control

According to Abbajay, if you don’t have any autonomy, you are being underestimated. Your boss doesn’t care about your existence, leaving you to decide everything.

If your boss is supervising instead of managing, a new way of reporting should be suggested. Tell your boss, “I know you’re really interested in this project, but the frequent check-ins are distracting and difficult to complete,” then make an offer that works for both of you.

The amount you are paid is an important indicator of how you are valued for your contributions. If you receive positive feedback and compliments, but your performance reviews and salary increases aren’t commensurate, you’re undervalued, says Anyelis Cordero, founder of a career coaching service, in U.S.A.

“A career is a means of life. I’ve always thought that money should be the primary value in valuing a career. It provides the conditions for you to live the way you want,” Cordero said.

Being undervalued may not seem like a big deal right now, but over time it increases your chances of being underpaid. “Today’s salary is the ‘floor’ for you to negotiate tomorrow’s salary. It will be easier to get a salary of 20 million if the current salary is 18 million, compared to 15 million,” he analyzed.