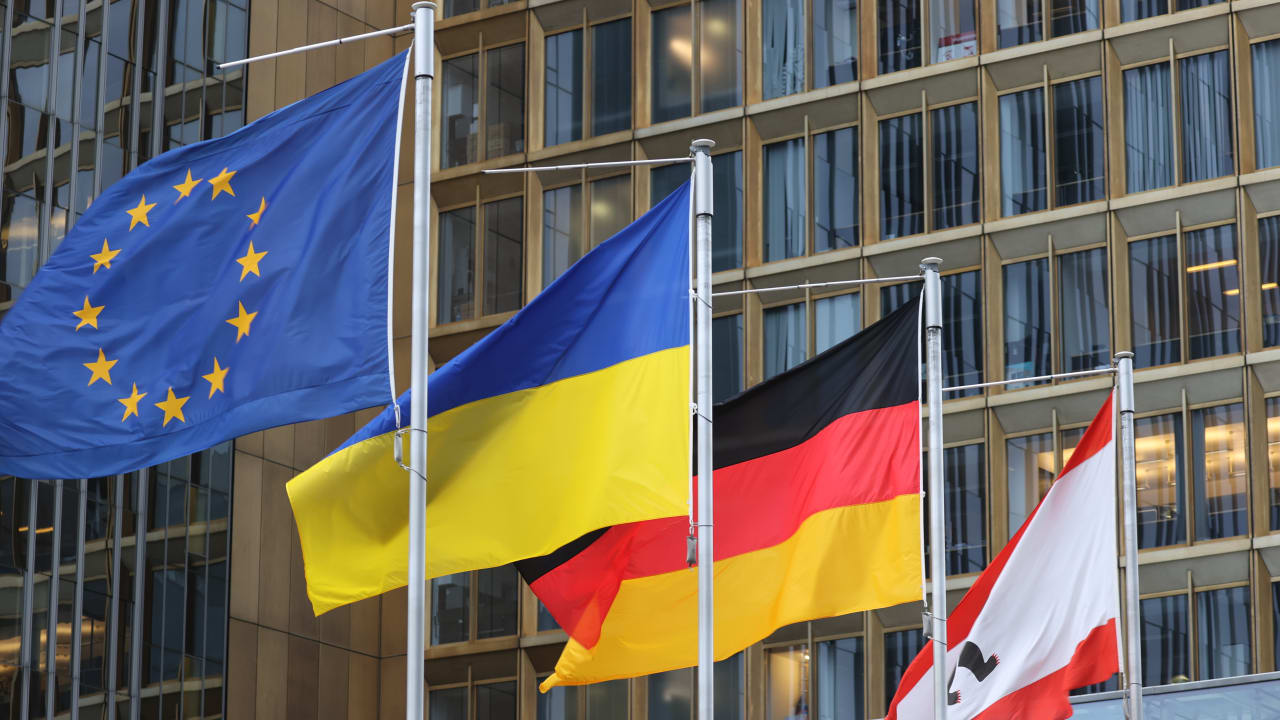 Berlin – Solidarity with the Ukraine: Axel Springer Verlag flies the flag. The colors blue and yellow were hoisted this afternoon at 4:24 p.m. in front of the media company’s headquarters in Berlin.

“Our thoughts and solidarity are with the people of Ukraine. That’s why the Ukrainian flag has been flying in front of the Axel Springer high-rise in the heart of Berlin since today,” says a statement from Axel Springer Verlag, in which BILD also appears.

After Russian troops invaded Ukraine, large flags of the attacked country were sold out in Berlin today. As a result, Axel Springer SE had a new Ukrainian flag sewn. A Berlin company implemented the order immediately.

In an hour and a half, the Macflag flag company in Berlin-Lichtenberg made the 2.40 by 3.40 piece of fabric and folded it properly. A courier brought the flag to the publisher. The owner-managed company Macflag-Fähnen is also the supplier for the tower flags of the Bundestag.

The Ukrainian flag is now flying in the air as a sign of freedom and solidarity visible from afar – in a row with the flags of the EU, Germany and Berlin.