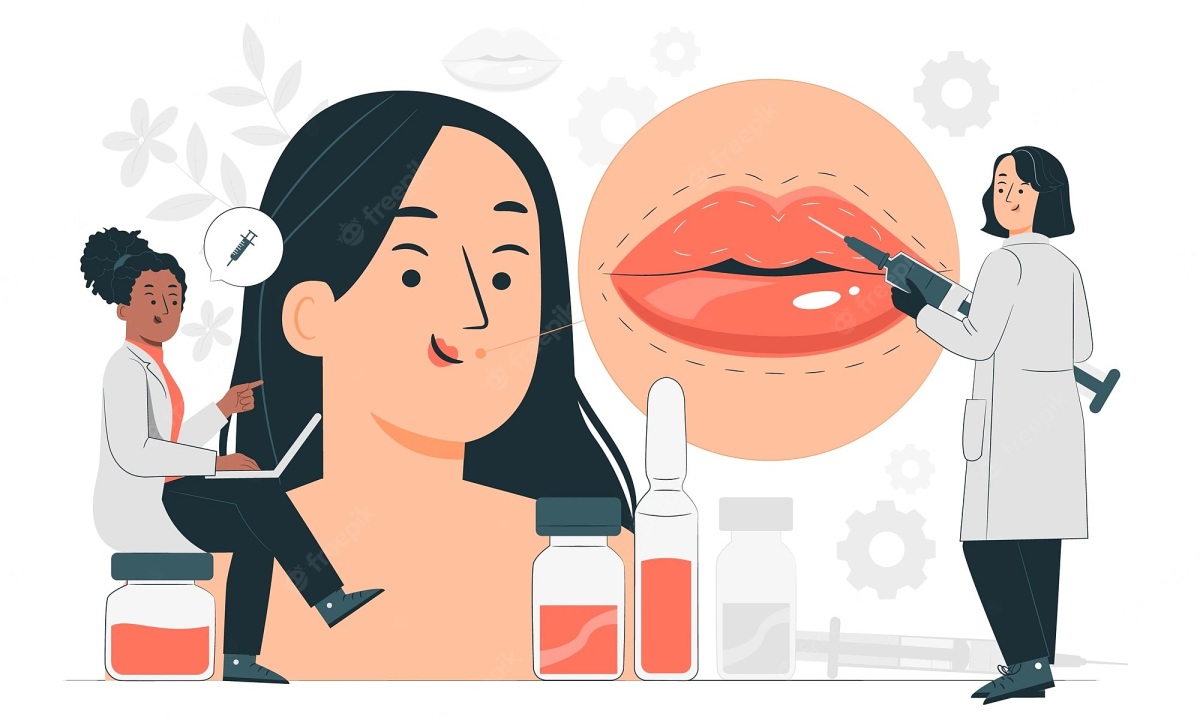 No longer hiding as before, many young people show pride and pride when showing off that they have just injected filler (filler for aesthetics) into their body.

Zeinab Zeineddine, in the west of Sydney (Australia) once injected filler to own smooth, youthful skin. In early 2021, she continued to visit a local nurse’s cosmetic clinic and asked for a little more injections on her cheeks, chin and jaw. Bad things started.

After the tricks, Zeineddine left looking like Maleficent – Disney’s dark fairy with pointed cheekbones and exaggerated features, for $3,500.

“I’m like a monster. Every time I look in the mirror I break down. My children often ask what happened to the beautiful face before,” she said.

Market researchers at Grand View Research value the facial fillers and botox industry in Australia at $4.3 billion in 2021, with growth expected to be more than 25% annually through 2030.

While many people have problems with cosmetic injections, others are satisfied with the results. They promote the ease, rapidity of visible results and lower costs compared to plastic surgery.

Dr. Cara McDonald, a dermatologist in Melbourne (Australia), with 15 years of experience in the field of cosmetic injections, sees demand skyrocketing. “This beauty routine seems to have become as normal as self-care,” she said.

The female doctor said that while older customers are very tight-lipped about cosmetic interventions, more and more young people in Australia are bragging about this. “Like designer handbags, they want fillers to be noticed because it’s part of their social standing. They don’t feel shame or stigma,” she said.

Despite their popularity, injectable beauty treatments were excluded from an independent review of cosmetic surgery in Australia, commissioned by the Australian Medical Practitioner (Ahpra), by dangerous to the user’s mental health and well-being.

Prescriptions for injections are prescribed by a doctor, but the operator does not need to complete training in cosmetic injections, allowing dentists and nurses to administer them as well. Ahpra expects all employees to self-assess, practice within their competence and receive proper training. “We will intervene and take specific actions if it is determined that people in the industry pose a risk to the people,” a representative of this agency said.

But Dr. McDonald warned that the number of people at risk of botched injections is higher and the industry needs to be regulated and professionalised.

Given the prevalence of this service, many countries are struggling to adjust to the booming business. The UK government recently announced legislation ensuring all practitioners of botox or dermal fillers have a license, following reports of an increase in underground cosmetic procedures.

“I feel sad about everything that’s going on. They’re not only affecting the professionalism of the industry, but they’re putting the safety of young women and men at risk,” said Dr. Alicia Teska, working working in the field of non-surgical cosmetic medicine at the Melbourne campus in the early 2000s, says.

Teska describes the trend of uncontrolled filler injections, many of which are influenced by social networks. Most young people want to look like what they see online, but no one can verify that the photos have been edited or not. This makes them the prey of injectors, who consider money more important than the safety of their guests.

In addition, many surgeons, doctors, and injectors have expressed concerns about injectable beauty treatments, which are advertised through social networks. Many young people new to the industry see this as attractive. They are willing to post articles with attractive promotions on social networks to attract all service users.

Doctors hope government, regulators and industry can set standards for practitioners to reduce risk to their clients. Psychologists also recommend mandatory mental health checks before all injections, as in plastic surgery to prevent patients from being traumatized, increasing the risk of self-harm. .

Cosmetologist Jayson Oates says increased competition between clinics reduces professionalism. “Fillers are sold widely in the market, transactions are quick. There is not even much talk about side effects and prices are getting lower and lower,” said the doctor.

As for Zeineddine, she was shocked when she returned to the cosmetic facility after three days of filler injections with a disfigured face and was told by the nurse that she “looks very normal”. “The more she said ‘look at my face’, the more I wanted to die… it was my fault in the first place. I should have seen her filler-filled face in the first place and run away,” she said. .

In the end, Zeineddine had to spend an extra $450 injecting a solution to dissolve the filler into the face without allergy testing or any explanation of possible effects.

She even saw blood running down her T-shirt when she injected the substance into her face. “Anyone with a needle can ruin your life,” sighed Zeineddine.

Minh Phuong (According to Guardian)