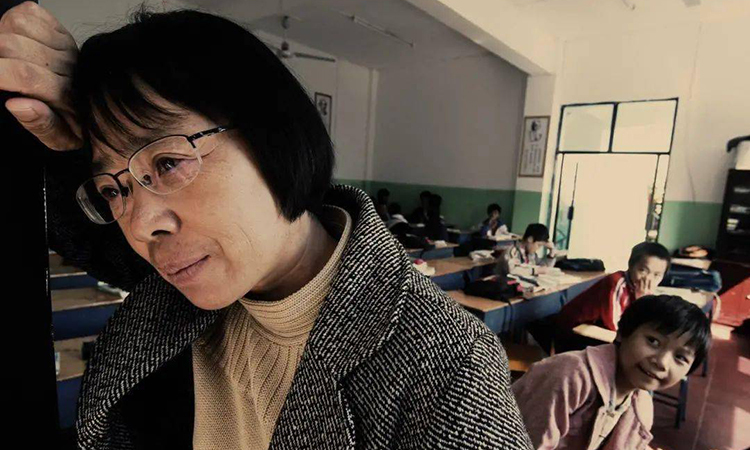 Many people praise full-time housewives as great, but I don’t recommend that you be that great.

Recently, “iron mother” Truong Que Mai – the principal who has contributed many rural girls of Yunnan to prestigious universities – chased a former student when he went to the school to ask for money. Ms. Truong scolded: “Get out of here now. Can you only do full-time housework, depending on men?”.

Years ago, Ms. Truong’s goal of opening a school was to change the destitute lives of girls from poor families. “That schoolgirl disappointed me,” she said sourly.

From this incident, many people questioned: “Is it wasteful to finish studying and do housework?”. A full-time housewife is being mentioned by social media as a person with no independent income and is responsible for taking care of the family’s essential needs. In other words, these women are economically dependent entirely on men.

I asked the question: “Is it worth being a woman full time? And then getting an answer from a friend” You will understand when going through “. My friend was a full-time housewife a year after graduating from college. That was the most self-deprecating and depressed time in life. Everyday, we have to get up early, clean the house, eat whatever we eat, but we must make a delicious meal for my husband at night.

No income, my friend is very shy about shopping apps. The husband gives as much money as he knows, asking for more will be complained of waste. Every time when he walked home, he saw a little garbage scattered, his husband angrily said that he did not understand what his wife did when just around housework. During an argument, the husband said, “Having no income means having no dignity and no value in this house.” After that, they broke up. My friend said that she will never live without value again.

Many people say that full-time housework is a great job, because the housework seems small but it takes a lot of effort. Three meals a day, each meal must buy food to cook and wash dishes. All year round, every day to clean and wash clothes. If not done today will have to be done tomorrow, forever not running out.

Along with the greatest task in human history is to raise children. This workload is a dozen times more when you go to work at the company, and the full-time housewife is the most skilled worker. When working in the company, people have KPIs to quantify work results, a clear reward and punishment system. And the housewife full time? Job results depend on husband’s assessment, no salary, no terms, only stamped marriage certificate. Not to mention, the housework is very difficult for others to evaluate how well done or not.

Busy all day, finally waiting for her husband to come home from work. She brought out a 24-hour stewed lotus root soup. Husband scooped a spoon into his mouth and commented, “Not bad either.” Then continue talking about work. At this point in her husband’s world, his job is the most important. The wife, who has been working hard for the soup for a day, only receives the phrase “Not bad”.

Everything will also be fine if unfortunately the husband suddenly loses his job, the whole family economy will collapse. Once there are problems in marriage, women who are not economically independent will be the most disadvantaged.

In China, in rural and mountainous areas, where girls who get married and give birth at the age of 15, soon suffer from homemaking, one in three people commit suicide. They are all between the ages of 15-35, should be at the age of the healthiest and most beautiful in life. The results were not expected to be so terrible.

In childhood, the most sought-after toys for girls are cooking sets or dollhouses, where children can be a real housewife and they are happy for it. But with the boys, a toy gun can “turn” them into heroes against the whole world. Therefore, when many girls love deeply, it is very natural that “I want to give birth to him”, “I want to be his housewife”. Because we’ve been affected like this since we were kids!

However, it’s not like being a full-time housewife is a failure. In the movie “Little Women”, Meg’s biggest ideal is to live with the one she loves. Though she soon realizes the cost of marrying true love is a difficult life and lack of freedom. But because of love, she never regrets. Second sister Jo was angry because all adults said “women can only marry or die in poverty”. During her youth, she opposed marriage, striving to build an independent life. But then she also had to shed tears because of her hard work and loneliness on this road.

Just for the female students of Principal Truong Que Mai, asserting myself based on my own efforts certainly makes much more sense than just being around housework. “Although extremely difficult, but the way of self-reliance is always the most reliable,” Ms. Truong said.

French feminist Simone de Beauvoir stressed: “A woman’s misery lies in being surrounded by an almost irresistible temptation. It was too late. Their strength was exhausted in a failed adventure.

I respect the choice of all women, but I do not encourage girls to do full-time housework hastily. Don’t use your freedoms and abilities in exchange for economic loss of autonomy.