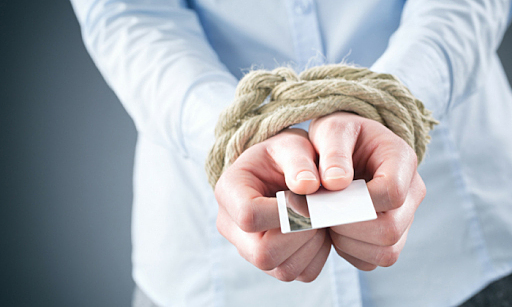 A survey in early 2020 conducted by financial services provider Varo Money in California found that more than half of American couples prefer a financial ownership.

Meanwhile, according to a poll by Magnify Money, the US, among those who chose to consolidate financially after their marriage, nearly a fifth later expressed regret over the decision.

A reader in the Q&A section of the Zhiho site in China expressed concern that he was preparing to get married, should he give his wife the money he earns? He said that his current girlfriend really wanted to control his money, so he was afraid later … it would be difficult to live comfortably. Answering the question, most people think that they should not let their spouse manage money. One opinion said that “money should go along the intestines, if you let your wife keep it, when the marriage goes wrong, it will be difficult to clarify. In the case of a peaceful marriage, no matter who you want to give money to, what to buy. .. also have to “ask” for their wives. Refuting to the above opinion, a female reader said that after getting married, I will definitely give money to my husband to manage because “I spend a lot of money, I spend it all, get married. Still so, how can I live? “.

Normally, a family has three ways to manage finances, that is, keeping financial independence, everyone’s spending, living expenses divided in two. The second way is to create a common fund, the couple contribute all the money earned into it, whoever spends whatever they take. The third way is that each party contributes a portion of their personal finance to a common fund, to pay household expenses, including electricity and water, living activities, children schooling, future plans …, the rest still have their own funds.

According to experts’ analysis, each plan has its own advantages and disadvantages that need to be noted.

The third option seems simple and ideal, especially when both earn the same amount of money. However, this solution is somewhat unfair, when either side has a difference in income, or in the case of one person not working but doing housework at home (mostly women). In this situation, the proportional sharing, where a person earning 70% of a household’s income covers 70% of the costs, is considered a viable solution.

The second option is considered a traditional option. In many Asian families, the woman is the “keybox hand”. They take care of a lot of expenses at home, including specific planning for income and expenditure.

The positive point of the couple’s attributed to one relationship is that it helps build trust between the two sides, helps develop the feeling of “one” for the couple. In addition, the advantage when women manage money is that besides financial management, they can “keep an eye” on their husband’s activities to a certain extent, especially for men who do not pay attention. .

However, the minus point of this method is the responsibility for calculating revenues and expenditures placed on the wife’s shoulder. Sometimes, the husband does not know what his wife has to spend, does not understand the actual cash flow in the family, leads to misunderstanding, inadequate understanding about living expenses, leading to a careless attitude towards the problem. economic problems in the family. In addition, the downside of the couple sharing money is that you are very lack of financial independence, all plans must depend on the person holding the money.

Financing marriage can also be problematic, if your partner is a poor financial manager. If this approach is applied, husband and wife will choose smarter and more rational consumers to manage money.

First option“Money everyone spends” is chosen by many young families today, with the reason of being active and independent in finance. However, its downside is that the two sides will not grasp the other’s spending style, while it directly affects the family economy. In addition, this causes a feeling of distance, inability to create a common motivation or goal.

Sarah Sharkey, an American woman, is one example. She shared on Business Insider that she and her husband recently had an important change in the management of the family finances. Initially, when they got married, they discussed it very carefully and came to an agreement that “everyone’s money is spent”. At the time of their marriage, the two believed that financial independence was the right choice. They have their own accounts, manage their own money separately. Each month, they will make a list of things to pay, then divide them equally to pay. However, this plan of the couple was turned upside down when they decided to buy a car and then jointly planned for the purchase of the house. The calculation, balance … makes them feel too clumsy and complicated. In the end, they decided to pour income into an account, and jointly manage it. Sarah Sharkey thinks this is the right thing to do, so both of you can quickly see what your spending is in a month, without having to talk back to your partner.

Kevin Panitch, an American, also said that since their marriage, he and his wife converted money to a relationship by opening a joint savings account. This simplifies their lives, as the two easily pay their bills and save for common goals.

So should “everyone spend money” when married?

That depends on each family’s situation. In fact, in married life, whether it is a man or a woman who manages money, or money everyone keeps, both sides must understand and respect each other. Women manage money, it is the man’s trust and support for her. “Give money to the wife to keep” that is also an expression of the husband’s love for his wife.

However, according to financial experts, it is ideal to manage money in “yours, mine, our” way. This is a fair compromise and allows you to maintain certain financial independence. This way, you should have a shared account to pay all your bills and expenses, but also maintain your own bank account.

Thuy Linh (According to Sohu)