Maria Sharapova, a former tennis player who is considered a symbol of the beauty of tennis while playing, said retiring in 2020. At the age of 33, “Russian Doll” ended with 36 WTA championships, of which There are 4 Grand Slams, she has also held the number 1 position in the world 5 times.

Beautiful, talented, rich … “Russian Doll” is a dream love affair with many men around the world and she has given the chance to some lucky ones. The first “knock on the door of the heart” Sharapova was the tennis player Juan Carlos Ferrero. It is known that they only came together for a short time in 2005, before the 1m88 female tennis player actively “spoke bitter words”.

Next Sharapova is said to have “fallen in love” with the handsome American talent, Andy Roddick when attending the 2006 US Open. Although Andy Roddick and Sharapova denied this, but the New York Times reporters arrested got the moment when Sharapova wore a T-shirt with the message “Love is in the Air” while practicing with Roddick.

In 2007, Sharapova fell into the “love circle” of Adam Levine (leader of the band Maroon 5), a person with a very good reputation. In that same year, “Russian Doll” was kicked because of the singer’s extremely cruel sentence: “When she is in bed she is like a log”. Only a year later, Masha opened her heart to Charlie Ebersol, a TV program producer.

In addition, the love affair with “young pilot” tennis Grigor Dimitrov used to make the press spend a lot of “ink”. They knew each other in 2013 and broke up in 2015. The relationship “colleague, sister” ended when the beautiful woman discovered Dimitrov sneaking back and forth with a female model.

After breaking up with Dimitrov, and then banned for a year for using doping, in May 2016, Masha was found “hand in hand” with beautiful Spanish boy, model Andres Velencoso.

After Dimitrov, Tennis World USA website confirmed that “Russian Doll” was in a love relationship with Alexander Gilkes, a 38-year-old British millionaire.

This “giant” is the son of a famous dermatologist. Gilkes is the co-founder of an online auction site dedicated to selling art and collections. This relationship was not mentioned too much afterwards.

In March 2018, Tennis World USA confirmed that “Russian Doll” was in a loving relationship with Alexander Gilkes, British millionaire and this is true. The pair of Russian tennis beauties and British businessmen have announced their love after that, and then they intend to marry. 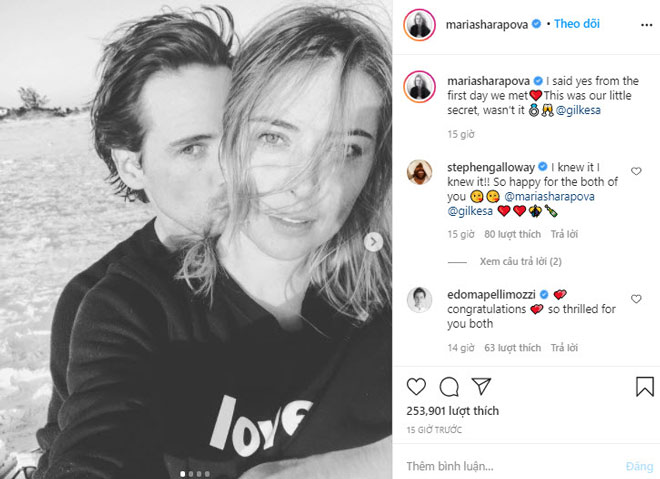 In the latest sharing on social networks, “Russian Doll” surprised more than 4 million fans with the information, she accepted too easily. “I said yes from the first day we met. This is our little secret, isn’t it @ gilkesa”, the 33-year-old former player proudly shared on Instagram.

Masha’s share received more than 200,000 likes after a few hours, along with a lot of blessings and jokes. “Love you both. I wish you happiness, a fairytale love story,” wrote an account. “That is the thunder of love that many people are always looking for,” another wrote.

“The 33-year-old girl who is still in love quickly, is a beautiful emotional beauty,” a writer joked Masha. 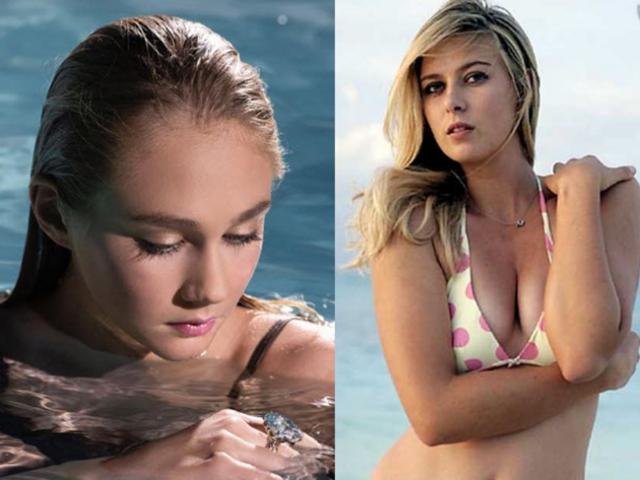 (Sports news, tennis news) The 14-year-old girl owns a beauty that is no less than the legendary Maria Sharapova.