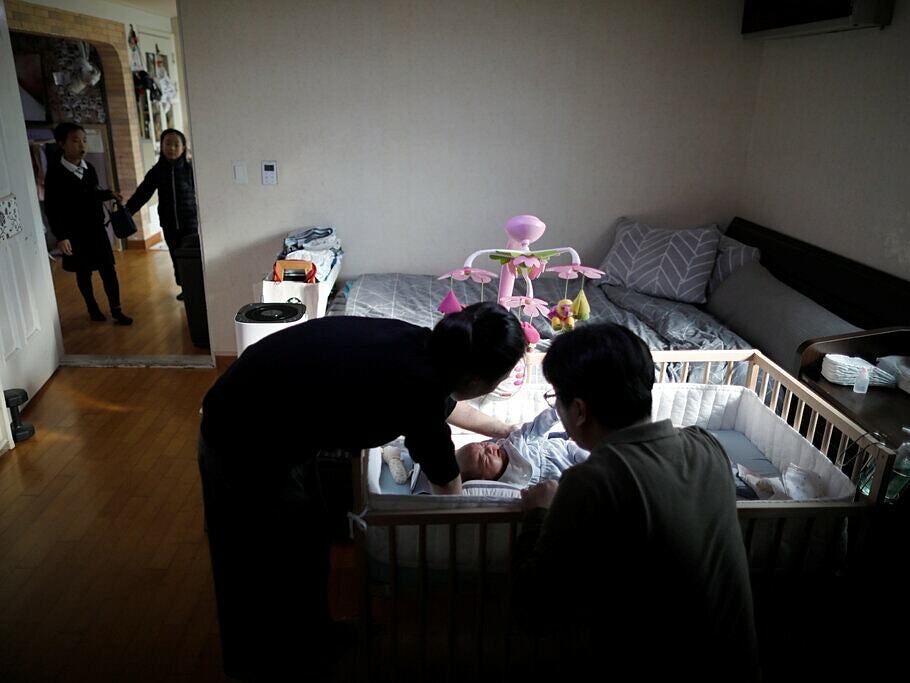 South KoreaIn the guide posted on the official website, the authorities of Seoul capital advise pregnant women to cook, clean and maintain beauty.

The guide also reminds, before giving birth, pregnant women need to check if their family has enough toilet paper and clean the refrigerator so that other members do not feel uncomfortable. They should also prepare food for their husbands because “men are definitely not good at cooking”. In addition, pregnant women are advised to “tie their hair to look neat” even without bathing. After the baby is born, they should keep small skirts in sight to motivate them to eat less and exercise.

It is even more remarkable that men’s responsibilities are completely excluded from this guide.

This text was first posted in 2019, but last week appeared on social media and sparked a wave of fierce opposition. The people believe that the above advice represents outdated attitudes of patriarchal society and should be rejected.

Yong Hye-in, a social activist and politician, said the guide doubles the responsibility of women because in addition to taking care of children, they also have to take care of their husbands. “Ideally, women who accidentally marry men can’t do things like throw spoiled food, get divorced,” Yong wrote on his profile.

“I think the guide was written by someone who has never given birth,” said Dr. Kim Jae-yean, president of the Korean Association of Obstetricians and Gynecologists. According to him, the Seoul government should focus on more practical issues such as breastfeeding.

Since last week, more than 22,000 South Koreans have signed their sign online petitioning to remove the guide. They also want the authorities to apologize and discipline the staff who gave this guide.

In the incoming email New York TimesSeoul’s public health division said, “it feels a responsibility for not carefully and closely reviewing the content and approving it.” They confirmed that they would readjust the content and train staff on gender sensitivity.

Currently, most of the guide has been removed, but the original text photo is still circulating on social networks.

“Look no further, this is the reason why the birth rate is low,” one wrote on social networks. Another angered: “Who made this guide? There are a lot of things that need fixing.”

Some lawmakers also criticized the message for damaging South Korea’s reputation. “It is awkward that the idea of ​​pregnant women serving an outdated family is still propagated,” Woo Sang-ho, a Democratic Party legislator, wrote on his personal page.

Some have argued that the online criticism has gone too far.

“I don’t think it is ridiculous to suggest women prepare food and utensils,” said Kyung Jin Kim, 42. Kyung used to be a lawyer in Seoul but quit her job to get married. Still, she admits this guide would be more helpful if “the tone doesn’t sound like a middle-aged man or an elderly mother-in-law”.

Korea has long been an economic and cultural powerhouse, but women are still discriminated against in many situations. According to a 2017 report by the Organization for Economic Cooperation and Development (OECD), the income gap between the two sexes in Korea is the highest among 37 member countries. Women’s wages are up to 40% less than men’s. Many people stop working when they have children because they cannot stand the pressure from their families and agencies.

Even so, a wave of protests against the Seoul guide shows that attitudes toward pregnant women have somewhat changed.

Adele Vitale, an Italian midwife who has lived in the port city of Busan for more than 10 years, said Korean husbands now take on more responsibility for raising children and taking care of families. They also do not consider pregnant women as “useless” as before.

“Families have changed. Women no longer want to be treated the old way,” Vitale said.