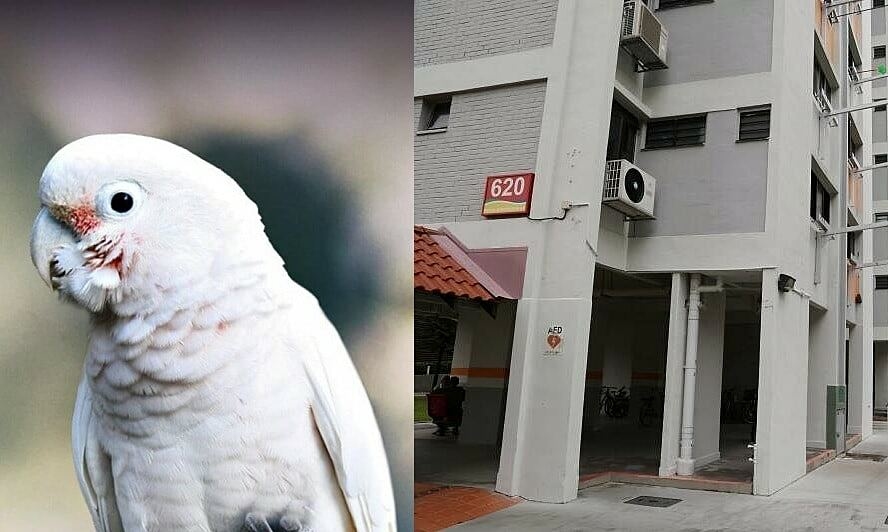 SingaporeThe neighbor’s parrot talked continuously from early morning until late at night, leaving Ms. Wu’s family unable to sleep and had to move.

The 45-year-old woman and her family have lived comfortably in apartment 620 Bedok Resevoir Road, Singapore, for 13 years. But the peace was broken a year ago, when a new neighbor moved in and brought a pet.

“It (the parrot) never seems to stop talking, even late at night or on weekends. We can’t sleep,” Wu described how the bird kept making noises throughout the apartment’s hallways.

At first, the woman tried to restrain herself. But when she saw her neighbor bring the birdcage into the hallway and whistle to it every night, she became angry, decided to give advice. The person then brought the animal inside, but the noise issue was not resolved.

The situation worsened as Ms. Wu was frequently woken in the middle of the night by the parrot’s screams. As a person with insomnia, the 45-year-old woman feels like being tortured in her own home. In the end, her family had to sell the house and will move in February 2023.

“I’m scared every time I come home after a long tiring day at work. I still have to go to work, my children still go to school. We need to be freed,” Wu lamented.

Many other residents living in the building also expressed discomfort at living with the parrot. Fu, 26, who lives on the same floor, has to wear earplugs every time he sleeps but can’t block out the noise.

But this is not the first time apartment residents in Singapore have been disturbed by neighbors. As in August 2022, Mr. Huang, 64 years old, living in a 4-room apartment on Compassavale Street was criticized for installing up to 9 air conditioners, causing the floors of the surrounding houses to collect water, moldy walls and noise. noise from the heater.

Or in May 2021, the man who raised 10 birds at Block 61, Chai Chee Road made his neighbors uncomfortable. One resident of the building said it was unbearable for feathers and bird droppings to stain his doorstep. But the owner of the birds responded with a note that said: “If my birds are released, you are happy, but I am not.”