U23 Vietnam was locked at home at the 31st SEA Games Delegation Conference.

In less than 2 months, SEA Games 31 will officially open in Hanoi. In the context of the complicated development of the Covid-19 epidemic, this is a congress facing many great challenges. However, the host country BTC believes that it will successfully organize the congress.

* U23 Vietnam closes at home

On the morning of March 18, in Hanoi, the second SEA Games 31 Heads of Delegation’s Conference took place. The conference worked around the contents related to the preparation for the Games as well as providing the latest information. about the venue, program, competition content, preparation for accommodation, traffic, logistics, security, reception, health and doping testing… to national sports delegations attend.

The issue of particular concern to the delegations is that the registration of competitions for sports requires an adjustment in regulations, when the Covid-19 epidemic is complicated.

General Secretary of the Vietnam Olympic Committee Tran Van Manh said that according to the plan, team sports such as football and volleyball will be drawn on March 30. In the football that is most interested in each SEA Games, the delegations are requested to register for a list of competitions with the number of over 20 players. BTC creates an open mechanism for teams to register additionally if a player has Covid-19.

Before that, VFF and coach Park Hang Seo decided to choose the home ground for U23 Vietnam at Viet Tri Stadium (Phu Tho). The remaining group of the 31st SEA Games men’s football will take place at Thien Truong Stadium in Nam Dinh.

Viet Tri Stadium has a capacity of nearly 20,000 spectators, is considered to have a good pitch and especially the system of training grounds as well as 4-5 star hotels to ensure standards.

The semi-finals and finals of the 31st SEA Games men’s football were held at My Dinh National Stadium.

* Hot in the prevention of Covid-19

Host Vietnam does not require delegations to prove that they have had enough doses of the Covid-19 vaccine. In case the athlete has Covid-19 will be canceled the result, not compete and not be substituted. Athletes may only be substituted prior to competition. Those who have been in close contact with F0 do not have to be isolated. 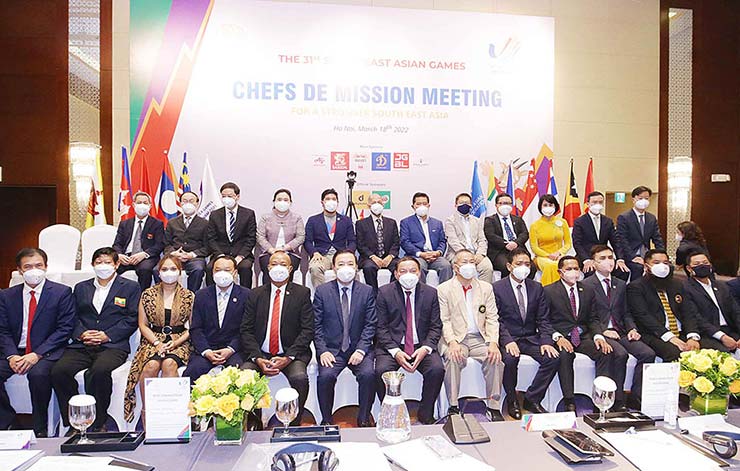 “The BTC offers many options, including testing for Covid-19 before the match day with the delegations. Coaches, referees and officials can test Covid-19 three times a day. And spectators entering the field do not have to test. Covid-19”, Deputy Director General of the General Department of Sports and Sports Le Thi Hoang Yen said.

According to Ms. Le Thi Hoang Yen, the 31st SEA Games will be applied the “bubble” principle, groups should limit exchanges and stay on a separate hotel floor. The groups also have their own isolation rooms. The organizers will pay for first aid and quick testing of Covid-19, the rest of the participating delegations have to pay if there is a serious case. The cost applied to delegations at SEA Games 31 is 50 USD/person.

Because the 31st SEA Games does not have an athlete village, the organizers have prepared many 4-5 star hotels for the delegations. Localities reserve the best hotels for athletes at a reasonable cost. Most of the hotels have convenient locations, close to the competition venue.

It is known that the number of athletes registered to compete in the 31st SEA Games is about 7,000 people. If you include the number of coaches, referees, officials, medical staff… SEA Games 31 had nearly 20,000 attendees. Also related to the preparation for the 31st SEA Games, according to the BTC, the venues are almost complete, can compete in the pre-SEA Games tournament in early April. 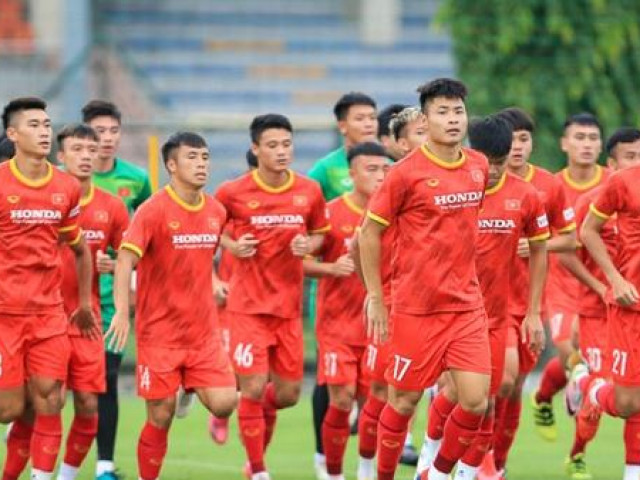 Coach Park Hang-seo has many options for selecting personnel to attend the 31st SEA Games, including new players emerging from the 2022 Southeast Asian U23 tournament.