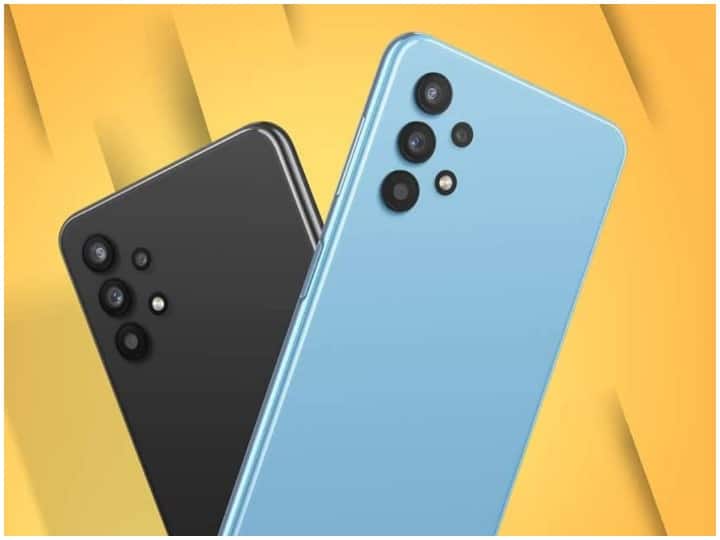 If you want to buy the latest smartphone at a low price then this is the best offer for you. In fact, Samsung is offering a discount on its recently launched Galaxy M32 5G smartphone. According to Samsung’s official website, the 6GB RAM variant of this phone is getting a discount of up to two thousand rupees. To avail this offer, you have to pay for the phone through ICICI credit card. Apart from the MediaTek Dimensity 720 processor, five cameras have been supported in this. Know about its price and features.

specification
The Samsung Galaxy M32 5G smartphone has a 6.5-inch HD + display. This phone works on Android 11 based One UI. This phone is equipped with MediaTek Dimensity 720 processor. It has 8GB of RAM and 128GB of internal storage, which can also be expanded up to 1TB with the help of microSD card.

camera
The Samsung Galaxy M32 5G smartphone has a quad rear camera setup for photography, whose primary camera is 48 megapixels. Apart from this, an ultra wide angle secondary lens of 8 megapixels has been given. There is also a 5-megapixel macro lens and a 5-megapixel depth sensor. It has a 13-megapixel front camera for selfie and video calling.

Battery and connectivity
For power, the Samsung Galaxy M32 5G smartphone has a 5000mAh battery, which comes with 15W fast charging support. For connectivity, features like Wi-Fi, 5G, 4G LTE, Bluetooth 5.0, NFC, GPS and USB Type-C port have been provided in it.

iQOO Z5 Launch Update: This cheap 5G smartphone will be launched in India on September 27, will have 64 MP camera

Realme Launch Event: The company launched fitness tracker band with a cheap smartphone, know the price and features of all