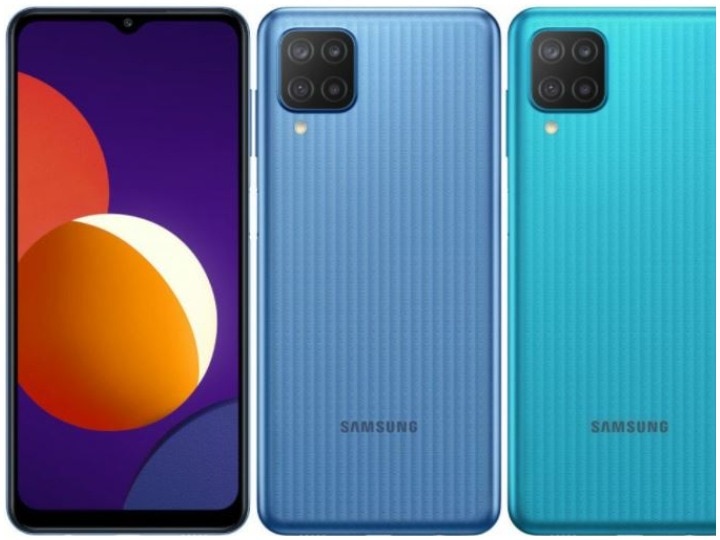 Specifications of Samsung Galaxy M12- This phone has a 6.5-inch HD + display, which has a resolution of 720×1600 pixels. This phone with dual sim support is based on Android OS based One UI Core. The phone has a TFT Infinity-V display. It has Exynos 850 processor and three variants. In which 3GB RAM and 32GB storage, 4 GB RAM and 64 GB storage and 6 GB RAM and 128 GB storage option has been given. If you want, you can increase the storage up to 1 TB with the help of memory card.

Samsung Galaxy M12’s camera and battery- This phone has four rear cameras, with a 48MP main camera with f / 2.0 aperture. The second 5 MP ultra wide lens, which has an aperture f / 2.2 and the third and fourth lens is a 2 MP depth sensor, macro lens. It has an 8 MP front camera. Talk about its battery, a 6000mAh battery has been given, which gives 58 hours of backup on 4G network. The phone has a fingerprint sensor, 4G LTE, Wi-Fi, Bluetooth v5.0, GPS / A-GPS, USB Type-C port and a 3.5mm headphone jack in the power button.

In the market, this phone will compete with Realme, Redmi and Vivo’s smartphones. Reality 7 will give a tough competition to this Samsung phone. Talk about its special features, so in Realme 7 you are being given 6GB RAM. Realme 7 has the facility of 64GB internal storage. This phone has a quad rear camera setup, which has a 64MP primary sensor, 6.5 inch full HD + display and a great 5000mAh battery. The price of this phone is Rs 14,999.