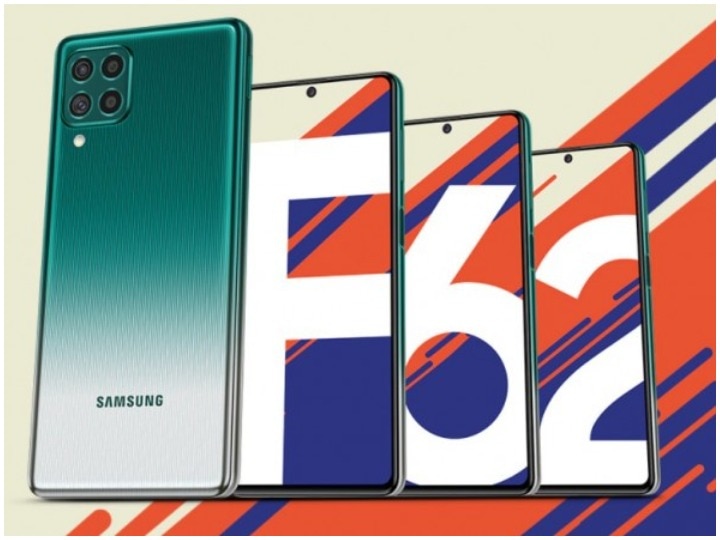 Samsung is going to launch its new smartphone Samsung Galaxy F62 in India today. This phone will be launched in the event to be held at 12 noon. You can watch this event live on YouTube channel of Samsung India. The specialty of this Samsung phone is its 7000mAh large battery and Exynos 9825 processor. It is believed that this phone can be launched in the range of 20 to 25 thousand rupees in India.

These can be specifications
Before the launch, the specifications of Samsung Galaxy F62 have been leaked, according to which a 6.7-inch Super OMLED display can be given in this phone. The phone can be launched with 6GB RAM and 128GB storage variants. This phone will work on Android 11 operating system. For performance, an Exynos 9825 processor equipped with 7 nanometer process technology has been used in it. Green and blue two color options have been given in this Samsung phone.

Camera and battery
If talking about photography, the quad rear camera setup has been given in Samsung Galaxy F62. The phone can be given 64 megapixel primary, 13 megapixel ultra-wide and 2 megapixel macro, 2 megapixel depth sensor. The punch-hole cut-out design has been given on the front panel for selfie in the phone. For power, it has a large and powerful battery of 7000mAh.

This may be the price
Talking about the price of Samsung Galaxy F62, there has been no official confirmation about this, but it is believed that the price of this phone can be between 20000 to 25000. For connectivity, features like Bluetooth, Wi-Fi, GPS, USB Type-C have been provided in the phone. The phone can be launched with dual SIM support.

Samsung Galaxy A12 may be launched in India soon, these latest features will be available at a lower price

If you also want to get VIP mobile number, then know how you can get here