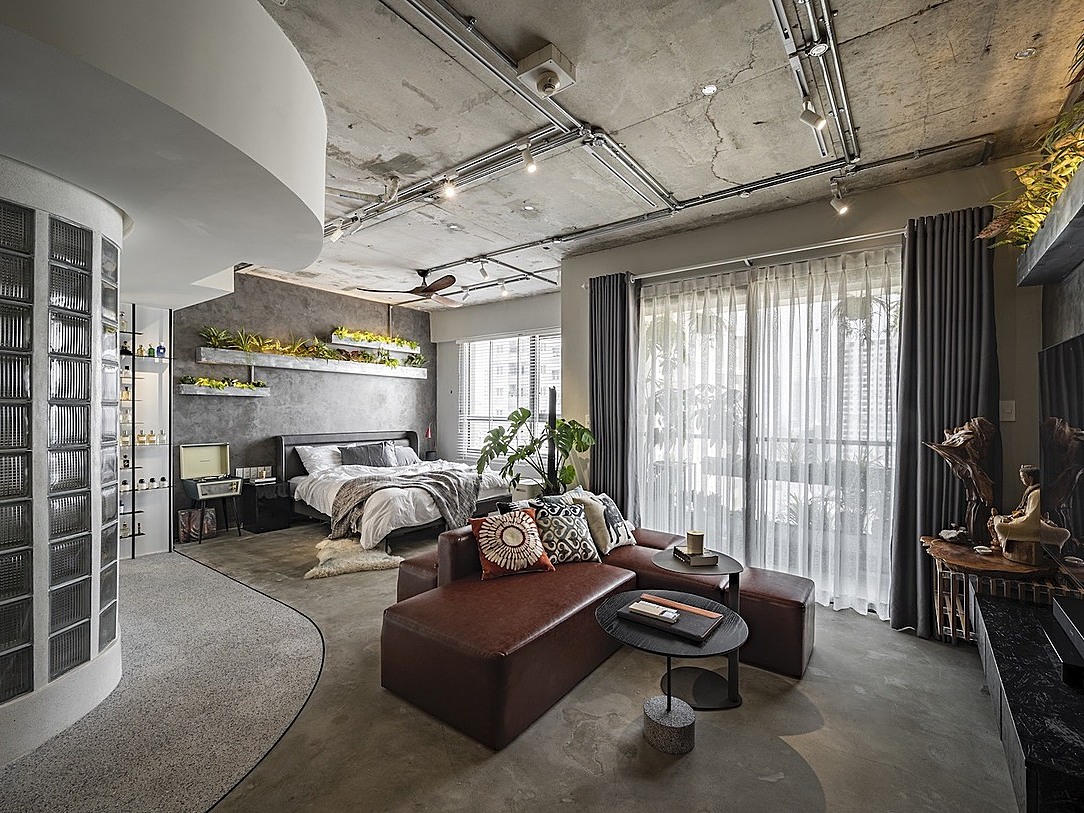 The apartment, which has two bedrooms, two toilets, is planned to be renovated by the owner in early 2020. Mainly living alone, a 33-year-old boy who works in the field of scents, decor and bedding requires the architect to create. open as much space as possible, in an industrial style, with minimalism and greenery.

The architect and the owner agreed to break the entire wall and remove one toilet. The ceiling was also removed, processed again for a cleaner and more beautiful look.

“Industrial style looks easy but difficult, so we have many difficulties in design construction”, Mr. Son revealed. “For example, I want to build a cement floor, so I have to chisel all the bricks and put a new floor.”

After three and a half months of “breaking”, Mr. Son’s apartment was completely “transformed”. The space is completely open, only the bathroom area is surrounded by partitions. As the spirit of the industrial style, the interior of the apartment is mainly used in white, gray and black, accentuating some wood and leather.

Mr. Son likes every corner of the apartment, especially the dressing room with a wardrobe. Homeowners like to hang more than fold things, so the design prioritizes the area for the hanging area, “both convenient and feels like you are in a store”. The hanging place is for common items to wear, while few items are neatly folded by Mr. Son to put them in a rattan basket to store them on.

Also a “shoe junkie”, Mr. Son spends all the compartments underneath the wardrobe for shoes. In addition, he also arranged areas for perfumes and scented candles.

“My house is not monumental, just that simple, but clearly shows my personality and passions”, Mr. Son expressed. “The apartment is my heart, so I take care of every corner”.