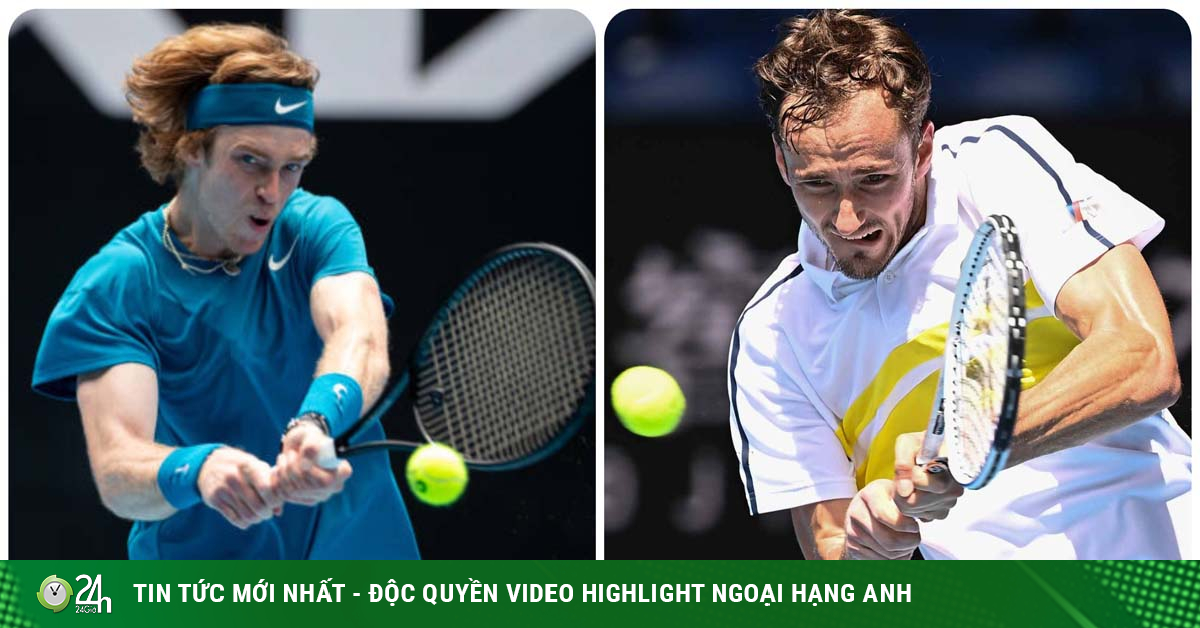 Daniil Medvedev is ranked 4th in the world. Meanwhile, Andrey Rublev is ranked 8th. Therefore, this is considered a balanced match between two Russian players who are close friends and have great understanding of the opponent. The developments in the first set show why Daniil Medvedev is ranked fourth in the world. Stubbornness and precise ball situations on the two corners of the pitch help Medvedev always take the initiative.

However, Rublev’s resistance is also commendable. It was not until game 12 that Medvedev was able to defeat the opponent, with the break point is extremely important. Set 1 ended with a 7-5 win in favor of Medvedev.

With the advantage they gained, Medvedev started the second set leisurely. He tries to do well in the games he serves, then calmly waits for the opportunity in each game. And it came in game 8. The 4th place player got an important break point, thereby winning 6-3 in this set.

In the end, Daniil Medvedev overcame Andrey Rublev 3-0. The specific scores for the sets are 5-7, 3-6 and 2-6. As a result, Medvedev won tickets to the semi-finals of the Australian Open 2021. The opponent of this 4th place player will be the winner of the Nadal – Tsitsipas pair.