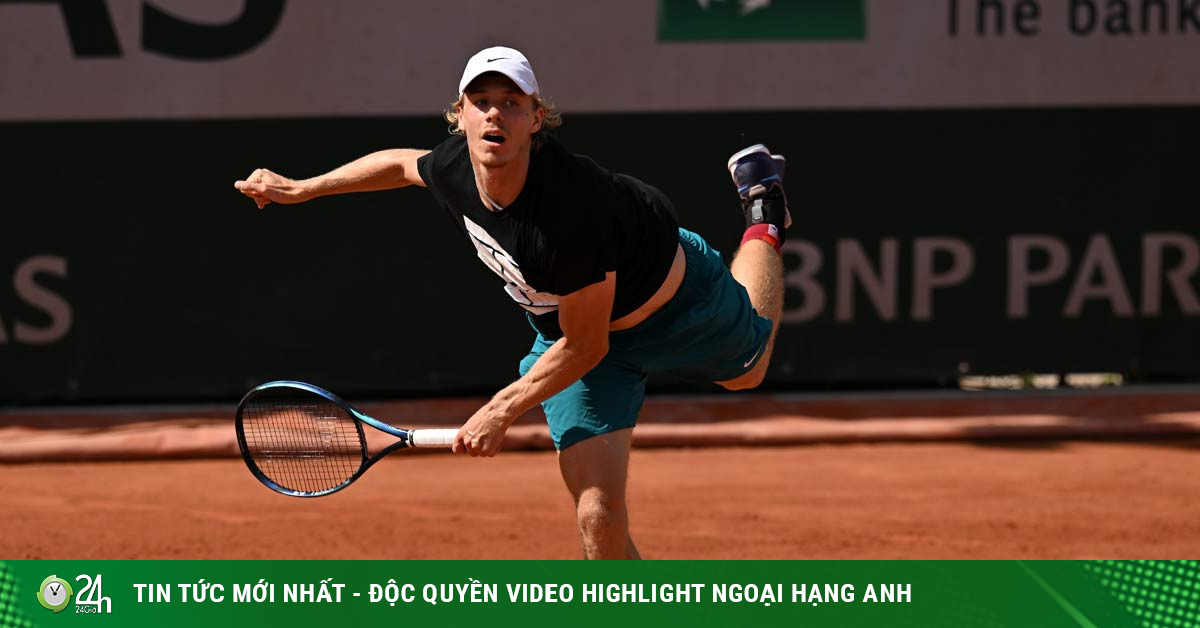 (Sports news) 14th seed Denis Shapovalov soon had to return home after a sudden defeat against an underdog opponent. Meanwhile, the other two seeds, Tsitsipas and Rublev, also had very difficult matches.

Tsitsipas fought in 5 sets, Halep won tickets to round 2

In the men’s content, the fourth seed Stefanos Tsitsipas had an unexpected hard match against Italy’s Musetti. Tsitsipas lost 5-7, 4-6 in the first 2 sets but then won again 6-2, 6-3 in the next 2 sets to equalize the score. The two players were forced to enter the 5th set to determine the winner and loser, and Tsitsipas promoted his bravery in time to win 6-2, thereby coming back from 5 sets of hard fighting.

In the women’s content, former world No. 1 Simona Halep overcame weak opponent Schunk after 3 sets with the scores 6-4, 1-6, 6-1 to win tickets to the second round.

Video of the match between Holger Rune and Denis Shapovalov:

Rated slightly better than Holger Rune, but 14th seed Denis Shapovalov was greatly disappointed when he lost 0-3 to 40th place on the ATP rankings with the set score of 3-6, respectively. 1-6, 6-7 (4). Going into the second round, the Danish Rune will meet the winner of the match between Pedro Martinez and Henri Laaksonen. 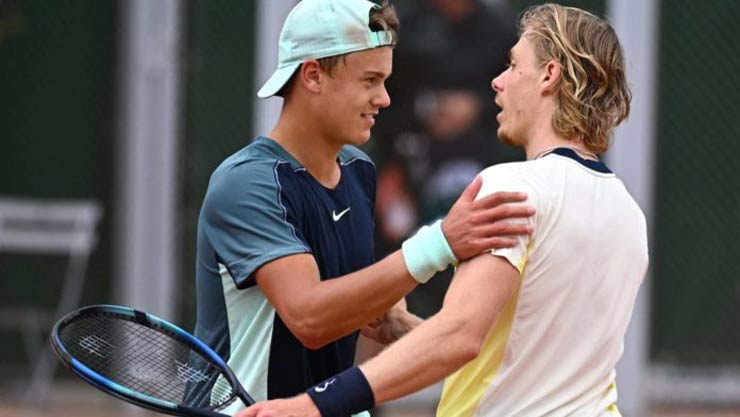 Only had to meet tennis player Tessah Andrianjafitrimo, but the 8th seed and former world No. 1 Karolina Pliskova had a bad start in the first round of Roland Garros women’s singles this year when she lost 2-6 in the first set. But then, Czech star Pliskova regained the game and won against the French opponent 6-3, 6-1 in the following 2 sets to successfully reverse the line and have a ticket to go on to meet another French player. is Léolia Jeanjean.

No. 8 seed Casper Ruud faced hostess Tsonga in the first round. Tsonga, although past its peak, is still an unpleasant opponent, and causes many difficulties for the Norwegian player. It took 4 sets for Ruud to subdue Tsonga with the scores 6-7, 7-6, 6-2, 7-6 to win tickets to the second round.

Similar to Casper Ruud, 7th seed Andrey Rublev also had to go through a 4-set match to overcome Korean player Soonwoo Kwon. The scores of the sets are 6-7, 6-3, 6-2, 6-4, respectively, in favor of the Russian player.

Video of the game Rublev – Kwon:

After a short time rising to No. 1 ATP, Daniil Medvedev went through an extremely difficult period. He sat out for 6 weeks because of hernia surgery, was eliminated early from the Geneva Open (losing to Richard Gasquet) a week ago, not to mention the psychological impact from the news that Wimbledon banned Russian and Belarusian players from attending. 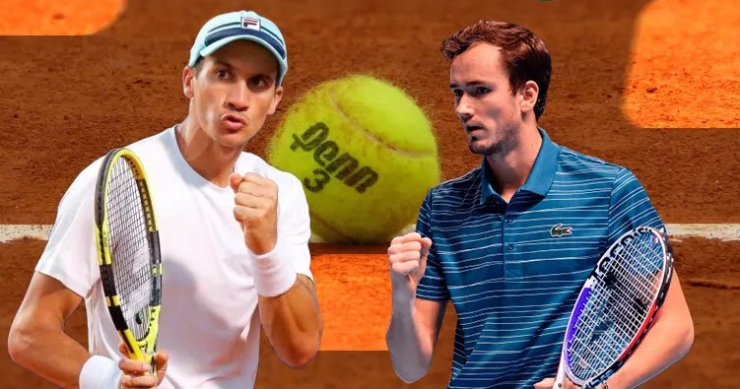 Poor form, plus having to play on clay is not his forte, Medvedev will face many difficulties in his journey to go deep at Roland Garros this year despite being seeded No. 2. The best performance of the team. The 26-year-old tennis player at the clay Grand Slam is reaching the quarterfinals in 2021.

Facundo Bagnis is not overrated and has never met Medvedev in the past. However, in the context of Medvedev facing many uncertainties, the 103rd ATP player can take advantage of the opportunity to create the biggest shock in the first round of Roland Garros.

Stefanos Tsitsipas – Lorenzo Musetti: Around 1:45, May 25, men’s singles round 1

Contrary to Medvedev, Tsitsipas has the perfect preparation for Roland Garros. The Greek tennis player attended all 3 Masters 1000 tournaments on clay with a record of winning Monte Carlo, reaching the semi-finals of the Madrid Open and the final of the Rome Masters (losing to Djokovic). Tsitsipas did not have many difficulties in round 1?

Being placed in a different branch than Nadal, Djokovic and Alcaraz is also a favorable factor to help Tsitsipas overflow with the opportunity to repeat the feat of reaching the final of Roland Garros, even winning the championship.

The 2022 season saw Lorenzo Musetti’s commendable ascension as he rose to the highest ATP rank of his career (51st in May 2022, currently 66th). However, in terms of experience and level, the 20-year-old tennis player is still far behind Tsitsipas and difficult to create surprises. (Sports news) There was a surprise in the men’s and women’s singles today.