(Sports News, Tennis News) “Bad boy” Nick Kyrgios will have to overcome thorny challenges if he wants to continue his journey to win the Rogers Cup championship in Montreal (Canada) this year. The quarter-final pairing between 4th seed Casper Ruud and 6th seed Felix Auger-Aliassime also promises to be attractive.

Video of the Rogers Cup third round match between Nick Kyrgios and Alex De Minaur:

Nick Kyrgios’ form recently is extremely impressive. He reached the Wimbledon final, won the first set of Novak Djokovic and only lost to his superior opponent in the following 3 sets. Kyrgios continued to flourish when he won the Atlanta Open men’s doubles (paired with Thanasi Kokkinakis), and won the Citi Open in both singles and men’s doubles (side Jack Sock). At this year’s Rogers Cup (also known as Canadian Open) in Montreal (Canada), the “bad boy” of Australian tennis beat the young Argentine talent Sebastias Baez in the first round before “ousting” the reigning No. world Daniil Medvedev 6-7 (2), 6-4, 6-2 in the 2nd round and just beat compatriot Alex De Minaur 6-2, 6-3 in the 3rd round.

Kyrgios’ opponent in tonight’s quarterfinals is 8th seed Hubert Hurkacz. This 1.96m-tall Polish player is the one who beat the living legend Roger Federer 6-3, 7-6(4), 6-0 in the quarterfinals of Wimbledon last year.

Two matches have passed in this year’s Rogers Cup, Hurkacz took 3 sets to subdue Emil Ruusuvuori and Albert Ramos Vinolas but obviously, the tall player cannot be underestimated with his powerful serve and forehand attack. this force.

Hurkacz once defeated Kyrgios 4-6, 7-6 (2), 7-6 (4) in the semi-finals of the Halle Open 2022 the only time they have ever met before and the difficulty will probably come again to the new runner-up. Wimbledon when reuniting with this opponent.

Video of the match between Casper Ruud and Roberto Bautista Agut in the third round of this year’s Rogers Cup:

The year 2022 is going on quite successfully with Casper Ruud when he suddenly appeared in the final of Roland Garros (losing to Rafael Nadal) and climbed to No. 5 in the world. In the last 3rd round of the Rogers Cup, the Norwegian 4th seed had to come back quite hard to eliminate the 15th seed, the Spaniard Roberto Bautista Agut 6-7 (4 (4). ), 7-6 (4), 6-4. Entering the quarterfinals of the ATP Masters 1000 tournament in Montreal (Canada) this year, Ruud will face Felix-Auger Aliassime when the 6th seed of the host country just lost 2 sets to defeat Yoshihito Nishioka and 9th seed Cameron Norrie .

Ruud and Auger-Aliassime both have 1 win and 1 defeat against their opponents when they compete at the ATP Masters 1000 tournaments in Miami in 2019 and in Madrid in 2021. The upcoming rematch between the two talented players. The ability of this generation of ATP Next Generation still promises interesting surprises and unpredictable attraction.

Expectedly, at around 5:30 am on the morning of August 13 (Vietnam time), in Montreal, the third quarter-final pairing of men’s singles between Daniel Evans (England) and Tommy Paul (USA) will take place. Then, at about 7:00 on the same day, the remaining quarter-final match in this content between Pablo Carreno Busta (Spain) and “phenomenon” Jack Draper (England) will start.

In Toronto (Canada), this year’s 3 pairs of quarterfinals of the Rogers Cup women’s singles will take place on the morning of August 13 (Vietnam time). At 0:00, Coco Gauff (USA) will fight former world No. 1 Simona Halep (Romania). At about 1:30, Jessica Pegula (USA) will meet Yulia Putintseva (Kazakhstan). And at about 7:30 on the same day, Karolina Pliskova (Czech Republic) will face Qinwen Zheng (China). 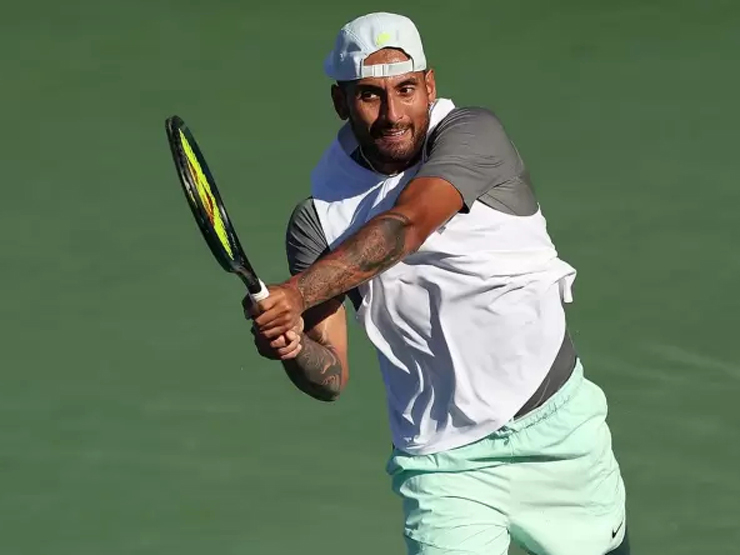