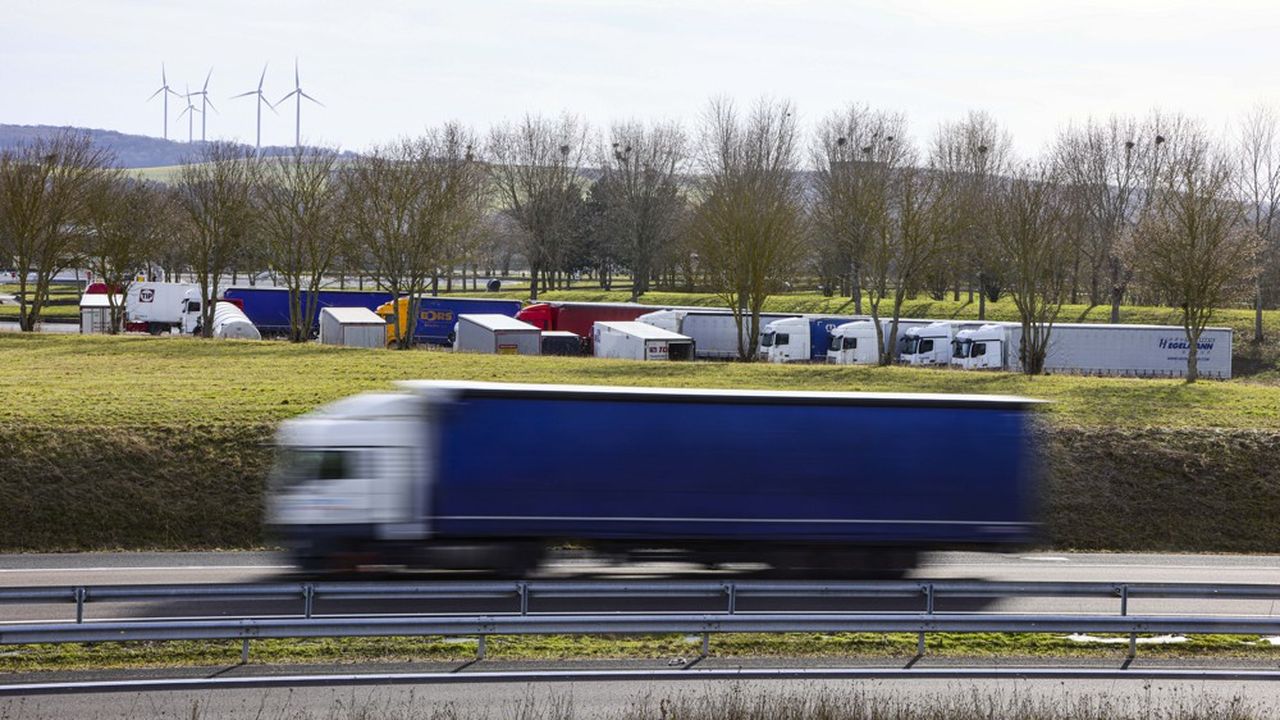 Five years of tense discussions, then, finally, white smoke: on Thursday, the European Parliament, in plenary in Strasbourg, gave the final blow to the reform of the “Eurovignette” directive. Designed in 2017, the text can now be published in the “European OJ”.

By virtue of the final compromise which the European institutions had difficulty reaching last June, the “polluter pays” principle will thus slowly catch up with all heavy goods vehicles and coaches in Europe. From 2030 at the latest, the toll charges to which they are subject can no longer be based on the duration of the journey, but on the distance travelled. In other words, Brussels wants the vignettes still in use in certain countries to be replaced by tolls.

This is already the case in France, and in a majority of States. Priority is therefore given to countries that still apply the vignette, such as Romania, Bulgaria, Sweden, Denmark, the Netherlands, Luxembourg, Latvia and Lithuania. Toll charges will also have to be, from 2026, partly a function of the level of CO2 emitted by vehicles, in order to encourage the transition to electric. The text directs part of the income thus drawn towards the transition of the transport sector for more sustainability. The Greens fear, however, that the planned measures are insufficient to allow a real boom in rail freight, the related objective declared by Brussels.

The final result, in fact, leaves a taste of unfinished business to many observers and actors in the dossier in Brussels. They deplore the many concessions made to wrest an agreement from the Member States, anxious to keep control as much as possible. States have thus obtained the possibility of introducing combined pricing (distance and duration) in certain cases and of maintaining a time-based system in sparsely populated areas and on certain sections.

“The climate emergency is there and we are content with scoops. The ‘polluter-pays’ and ‘user-pays’ principles are too little reflected and the external costs of road transport are only too little taken into account”, deplores the ecologist Karima Delli, president of the Transport Committee of the European Parliament. Flexibility is also offered to countries with toll concession contracts, an important point for France: the tariff schedules will not have to be adapted before these contracts are renewed. In addition, faced with the refusal of the States, the text does not concern vans.