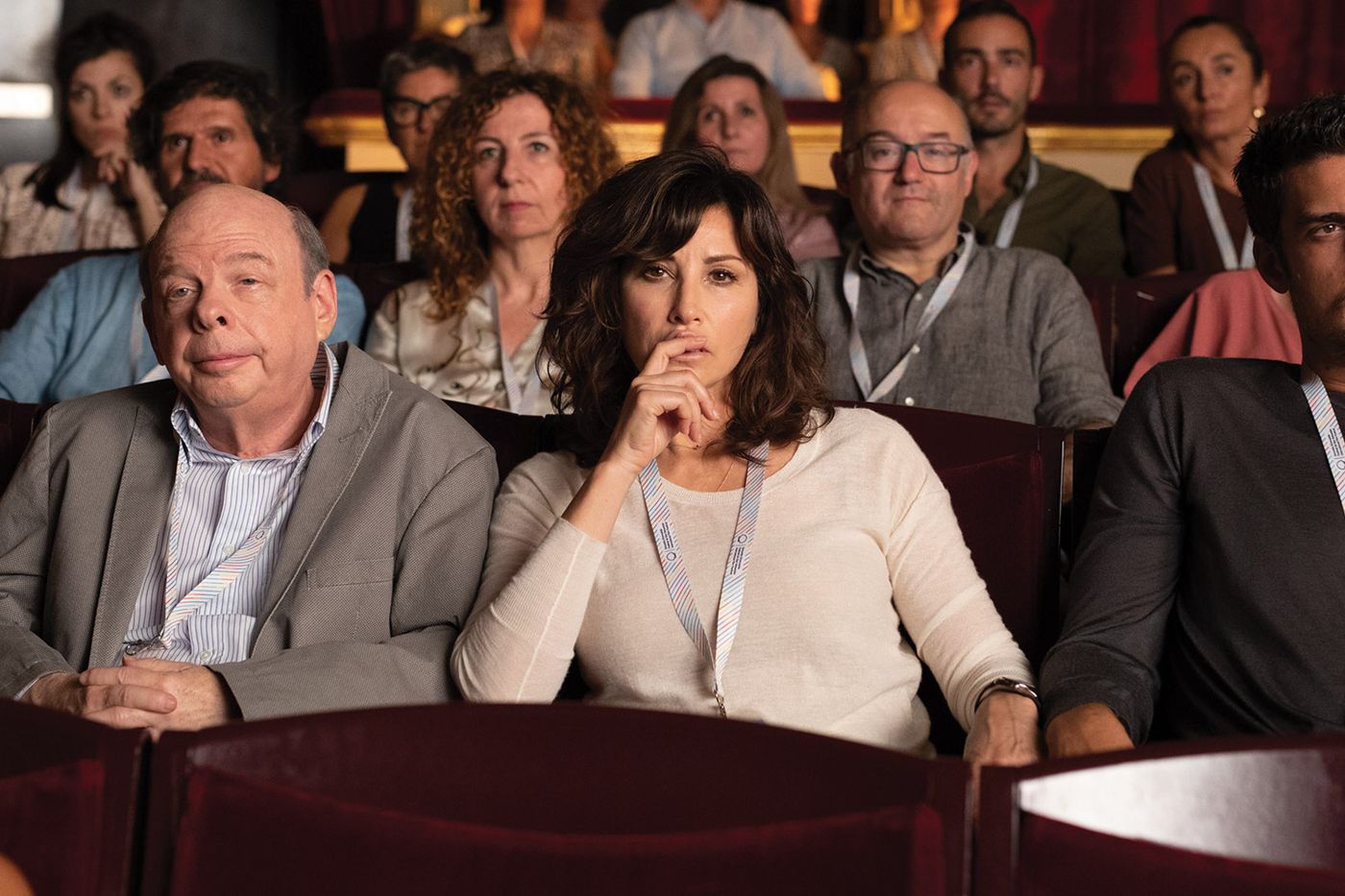 Film teacher Mort Rifkin (Wallace Shawn) only followed his wife, Sue (Gina Gershon), an influential publicist, to the San Sebastián festival to make sure she wouldn’t flirt with Philippe (Louis Garrel ), French director in the official selection. A failed novelist who aspires to rival Joyce and Dostoyevsky, Mort is mortified at having to endure the platitudes of this pretentious, smug, self-absorbed young rooster.

Abandoned husband, he discovers an unexplained pain that must be diagnosed by Jo Rojas, a general practitioner with whom he immediately falls in love, projecting himself into another dream life with this woman. Pinailleur, neurotic, spoiljoy, this morose and overwhelmed Droopy cultivates his hypochondriacal inclinations to urgently obtain repeated consultations, so many pretexts to see her again and give substance to his fantasy.

Like him, she is not happy in her couple. The doctor shares her tastes for New York, cinema, escape. During a getaway in a cabriolet, she introduces him to the splendors of San Sebastian. A chromo that the city’s tourist office, unofficial co-producer of this bluette, should continuously project in its window…

Tasty black and white pastiches of his great masters

Too young, too beautiful, Jo (Elena Anaya) sends Mort back to the impasse of his double failure, marital and creative. In the vast bed of the Christina hotel that he shares with Sue, Mort dreams every night of the mythical scenes of the 7th art, where he appears transfigured. Woody Allen punctuates his film with fifteen cheerful skits, tasty black and white pastiches of his great masters (Orson Welles, Fellini, Bergman, Lelouch, Godard, Truffaut). Confirmation, by the way, that for him the cinema remains the panacea to support life.

Sparkling, from the opening with the traditional session at the psychiatrist, then caustic in front of the quirks of auteur cinema which perfumes itself with grand declarations, Woody Allen’s 49th film gradually gets bogged down in a stringy plot, dialogues without thickness, agreed situations. He struggles to find an honorable way out of the impasse in which his bittersweet scenario gets stuck. Should we see the anesthetic effect of the snubs suffered by the New York filmmaker and the ostracism with which his films have been hit since the accusations of pedophilia brought against him by his ex-wife Mia Farrow? American justice cleared him twice. But, today, the media tribunal prevails over the adversarial nature of the courtrooms.