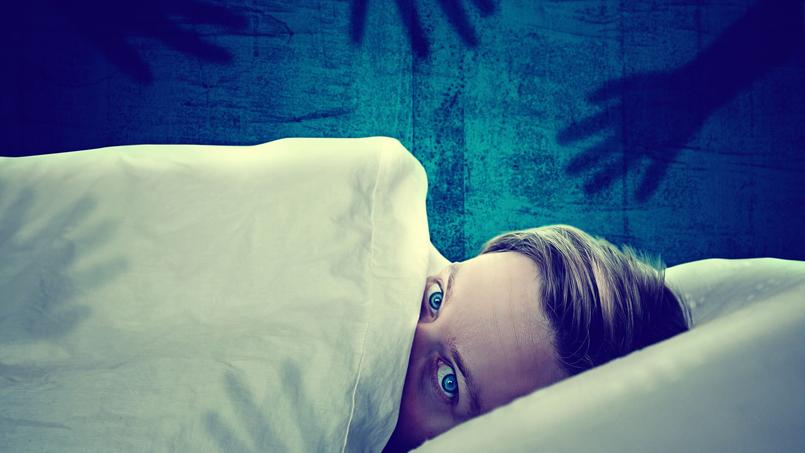 Having anxiety-inducing dreams on a recurring basis, once a week for several months, is not trivial. If this has consequences for your daily life, it is a pathology that can be treated very well.

Nightmares, everyone has had them at one time or another. It is not that severe, except when it becomes pathological. Sleep specialists consider it a disease when it occurs at least once a week for more than 6 months, with an impact on quality of life.

“Nightmare disease” is considered a sleep pathology by the International Classification of Sleep Pathologies (ICSD-3) (1) and as a disorder capable of causing distress and impaired daily functioning by the Diagnostic and Statistical Manual of Mental Disorders, American Psychiatric Association (DSM-5).

Negative emotions are not metabolized

The “nightmare” awakens after a long sequence of complicated and highly anxiety-provoking or terrifying dreams. The scenario presents an imminent physical or psychological danger (the subject is pursued, attacked, he will die…) which may, in certain cases, be linked to a trauma or to a very painful life event that causes suffering. “One of the functions of sleep is to metabolize negative emotions during dreams.

»READ ALSO – Nightmares, restless sleep … Why do we sleep so badly in confinement?

When these sensations are too strong, it does not work and the alarm clock interrupts the “digestion” in progress. However, it would be necessary to go to the end of the nightmare to digest it and not to do it again ”, explains Isabelle Arnulf, head of the sleep pathologies department at the Pitié-Salpêtrière hospital (Paris) and researcher at the Institute. of the brain. “It is perfectly normal and important to have nightmares from time to time or after a traumatic event, to turn the page of our emotional experiences”, declares Benjamin Putois, clinical psychologist, author of the Manual of healing of nightmares (Les Arènes editions) .

The only thing is: if the sleeper who wakes up from his bad dream quickly finds his senses, he retains a feeling of fear or anxiety which prevents him from going back to sleep and can even cause insomnia. The aftermath of nightmares is very painful. The person is tired, depressed, anxious with difficulty concentrating and difficulty focusing attention. It is all the less necessary to minimize the problem as it is possible to cure it.

Still underdeveloped in France, mental imagery repetition therapy (RIM) can reduce the frequency of nightmares and the associated distress by around 70%. (2). Derived from behavioral and cognitive therapies (CBT), this approach, developed in the United States in the 1990s, is the only one to have obtained grade A (highest) recommendations from American learned societies. RIM is a very simple method prescribed by sleep specialists which can also be applied without medical treatment.

»READ ALSO – Sleep paralysis: what is this phenomenon due to?

It is based, in fact, on each person’s ability to create their own mental images and to become the screenwriter of their dreams. The idea is to rework the scenario of his nightmares, which takes between half an hour and an hour, then re-visualize this scenario every night for 5 minutes. The results are obtained in 3 to 4 months. In practice, you should write down your nightmares in the morning and give them a title in the form of a keyword (accident, drowning, mourning, ravine, etc.) is a good start to diverting them.

Then group them by theme and classify them from the least scary to the most frightening. You will “work” a nightmare from this “blacklist” per week. To change the scenario, put yourself in the shoes of a director and replace all the scenes, characters, negative elements with their opposite, in order to radically change its atmosphere. A feeling of oppression can thus become a feeling of freedom, sadness transforming into joy …

This creative work takes practice and takes time at first. Daily visualization exercises are invaluable in developing the necessary imagination. Once you’ve cleaned up the content of your nightmares, imagine a new movie that will be their positive version. Close your eyes, breathe deeply and calmly, visualize the nightmare, then the positive dream you had of it. Repeat the scenario for 5 minutes, once a day for a week. Repeat with the next nightmare, until you re-script everyone who was on your blacklist.

If RIM is considered the most effective approach for treating nightmares, other methods can be used. This is the case with cognitive behavioral therapies (CBT), which allow the patient to acquire techniques of falling asleep. “Visualizing a place in which you have had good and good times can induce dreams that will give you positive emotions and promote restful sleep,” explains Professor Isabelle Arnulf.

When the nightmares have an obvious link with a trauma (violence from the past, bereavement, rape…), it is preferable to consult. In this case, it is possible to resort to desensitization and reprocessing by eye movements (EMDR or Eye Movement Desensitization and Reprocessing). This therapy consists of following the index finger of the therapist, who performs rapid movements from left to right. This causes an alternating bilateral stimulation of the brain promoting the process of psychic healing. By acting on the consequences of the trauma, EMDR can have an effect on nightmares. “This therapy would be very effective during the day on trauma, but its effects on post-traumatic nightmares have not been evaluated very much”, specifies Isabelle Arnulf.

On the drug side, the only one recommended to treat this disease is prazosin, an antihypertensive drug that decreases epinephrine discharges during sleep. Its prescription is often decided by the doctor when nightmares are related to post-traumatic stress disorder. Sleeping pills such as Stilnox are ineffective, like antidepressants or beta blockers. They can even “modify paradoxical sleep and increase nightmares,” warns Isabelle Arnulf. Better to consult a specialist in case of repetitive nightmares. While not dangerous, they may affect your sanity with low noise.