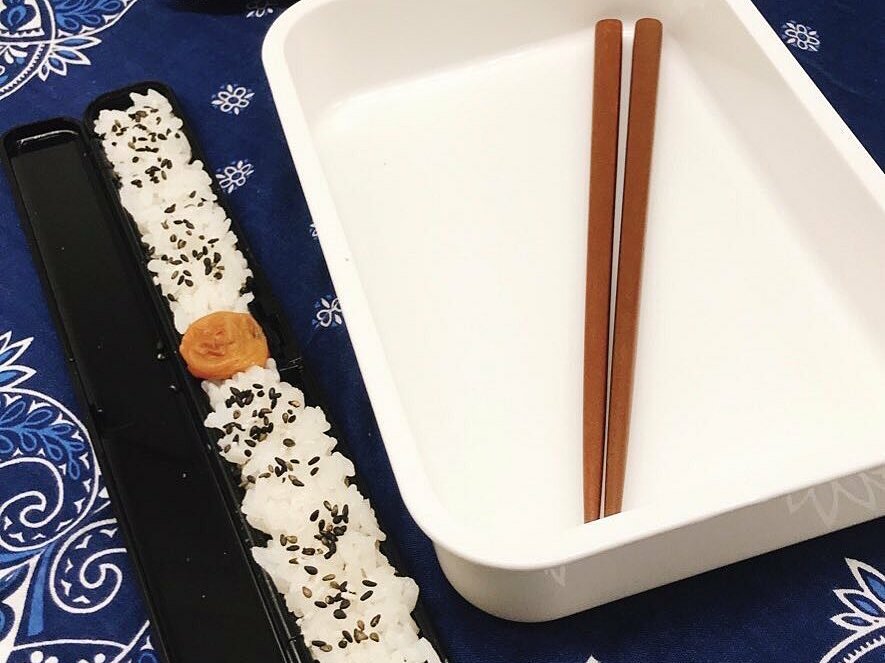 In Japan, bento are often a means of expressing love, but sometimes, it becomes a punishment for eaters.

On December 29, a man with a social media account named musubito3 in Gunma province shared an image of an unusual lunch box made by his wife. The chopsticks are placed in the rice box and the rice is in the chopsticks box, with only a little sesame sprinkled on top and a salted apricot.

“This is a bento box after the couple’s quarrel”, he explained.

After a day of posting, musubito3’s post attracted nearly 300,000 likes and nearly 1,000 comments. “Don’t mess with the person who prepares your lunch,” said one account.

In fact, the wife’s punishment with bento is not a strange phenomenon in Japan. In this country, women often take on the role of housework, so they use food as a means of expressing their feelings to their husbands, whether they are loving or angry.

Cans like musubito3 are called shikaeshi bento (revenge box lunch). With no good taste and good food, shikaeshi bento were sketchy, ugly, even deliberately spoiled and sometimes scolded. The lunch boxes were carefully packed, so until noon they opened to eat, the husband knew he was “revenge” and was embarrassed by his colleagues.

In addition to musubito3, many husbands also share shikaeshi bento mine. In early December, a man nicknamed JZX90Masaya was surprised when his wife’s lunch box had the words “damn” with seaweed. He said he was angry because his wife had thrown garlic in the sink the night before.

The husband, Hotate, received a pink bento box even though he turned 47. Before that, he tried to protect the family cat even though it damaged the furniture in the house, making his wife so angry that “cold war” . In order to “take revenge” on her husband, Mr. Hotate’s wife took her second-grade daughter’s bento box containing lunch for her husband. As a result, when eating, Mr. Hotate had to leave the bento box on his lap, not dare to put it on the table for fear of his colleagues laughing.

Thu Nguyet (According to the Chinatimes / mynavi)