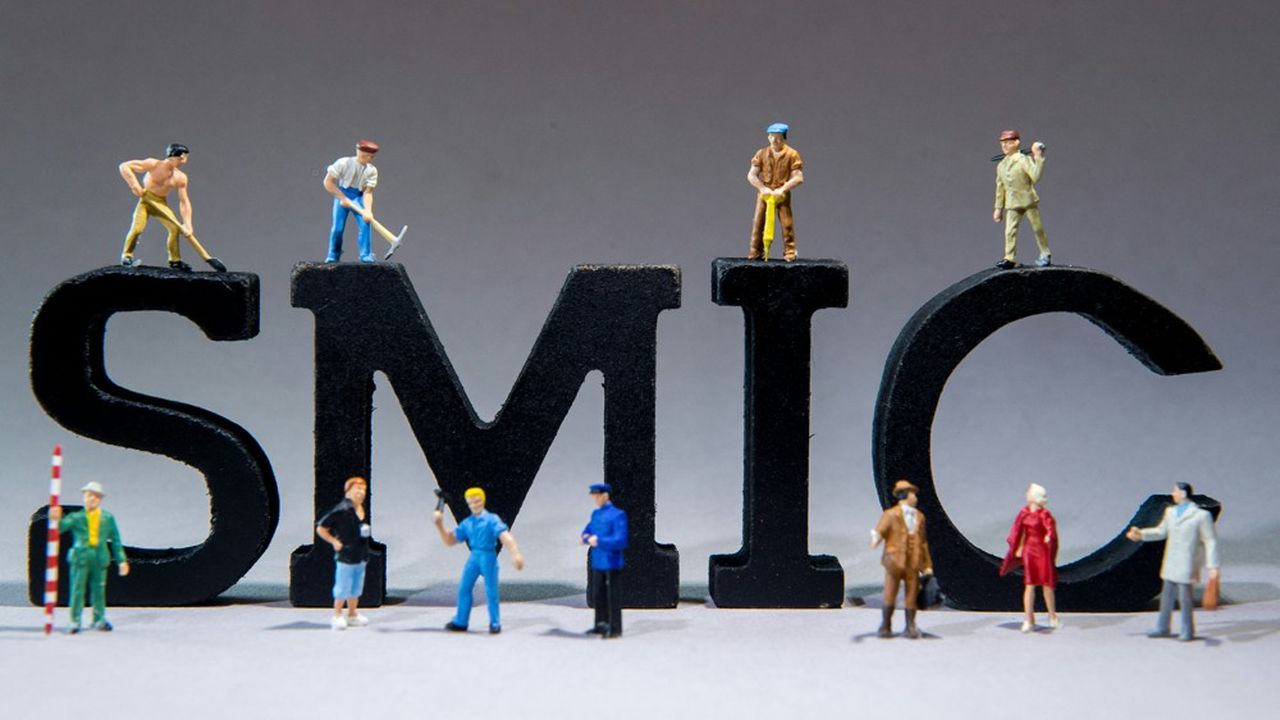 Almost 1% on 1er January, 2.6% on 1er May and another 2% three months later: inflation obliges, the SMIC has increased by 5.6% since the beginning of the year under the effect of three automatic or legal revaluations, which have protected the purchasing power of 2 .5 million private sector employees, excluding agriculture. In this context and because the economy is entering a zone of turbulence in particular, as in previous years, the group of independent experts responsible for informing the government on the legal minimum wage does not recommend a boost at the start of 2023.

The pressure on prices not weakening, the SMIC started to automatically increase by around 1.8%, perhaps even a little more, on 1er next January, estimates in its report this group chaired by Gilbert Cette, professor of economics at Neoma Business School. That is an increase of 30 euros gross per month. “Among the countries that have a minimum wage, France is one of those who do the most,” he says.

The exact figure for the increase will be known in mid-December at the same time as that of the evolution of prices excluding tobacco for the first quintile of income. Negative, the other component of the revaluation formula, namely the gain in purchasing power of the base salary of workers (SHOBE) and employees, will not count.

If they dismiss any boost, the experts return to the charge to recommend an “ambitious” reform, “in compliance with the European directive on minimum wages”, of this automatic revaluation formula. This is, according to them, the pledge “of a better efficiency of the labor market, in particular for the least qualified employees”.

Three options are offered. The first consists in keeping the two parameters (inflation and SHOBE) but with a new interpretation likely to rule out any uncontrolled evolution of the minimum wage, in the event of a succession of inflationary or disinflationary periods.

The second is a reiteration of previous reports but does not achieve consensus in the committee. It consists in abandoning one of the parameters, or even both, which would confer greater responsibility on the public authorities. Then Prime Minister, Edouard Philippe had hurried to bury him.

… including a completely new one

The last option, finally, may not be more successful, either with the executive for political reasons or with the unions, which have too much to lose.

Completely new, this option would consist in automatically indexing the SMIC every 1er January on the average of the evolutions of the minimum wages of a panel of representative branches, like what is done in the Netherlands or in Germany. This would have the advantage of promoting collective bargaining. Clearly, to return to the social partners what belongs to the social partners, namely the issue of wages.

“This has never been considered in France and it would not prevent boosts. For the government, that would change everything: it would support collective bargaining,” says Gilbert Cette.

Except for this, and the report shows it with supporting graphs, that the branch minima index, which gives a measure of collective bargaining, is progressing more slowly than the minimum wage. Contrary to what logic would have it, the unions are therefore likely to have very little taste for the proposal. Between assuming its role as joint negotiator to obtain less or maintaining the status quo, the choice is quickly made: it is better to let the State take responsibility for raising the minimum wage (with a law that is now quite favorable). Even if it means criticizing him when, each year, he refuses any help.