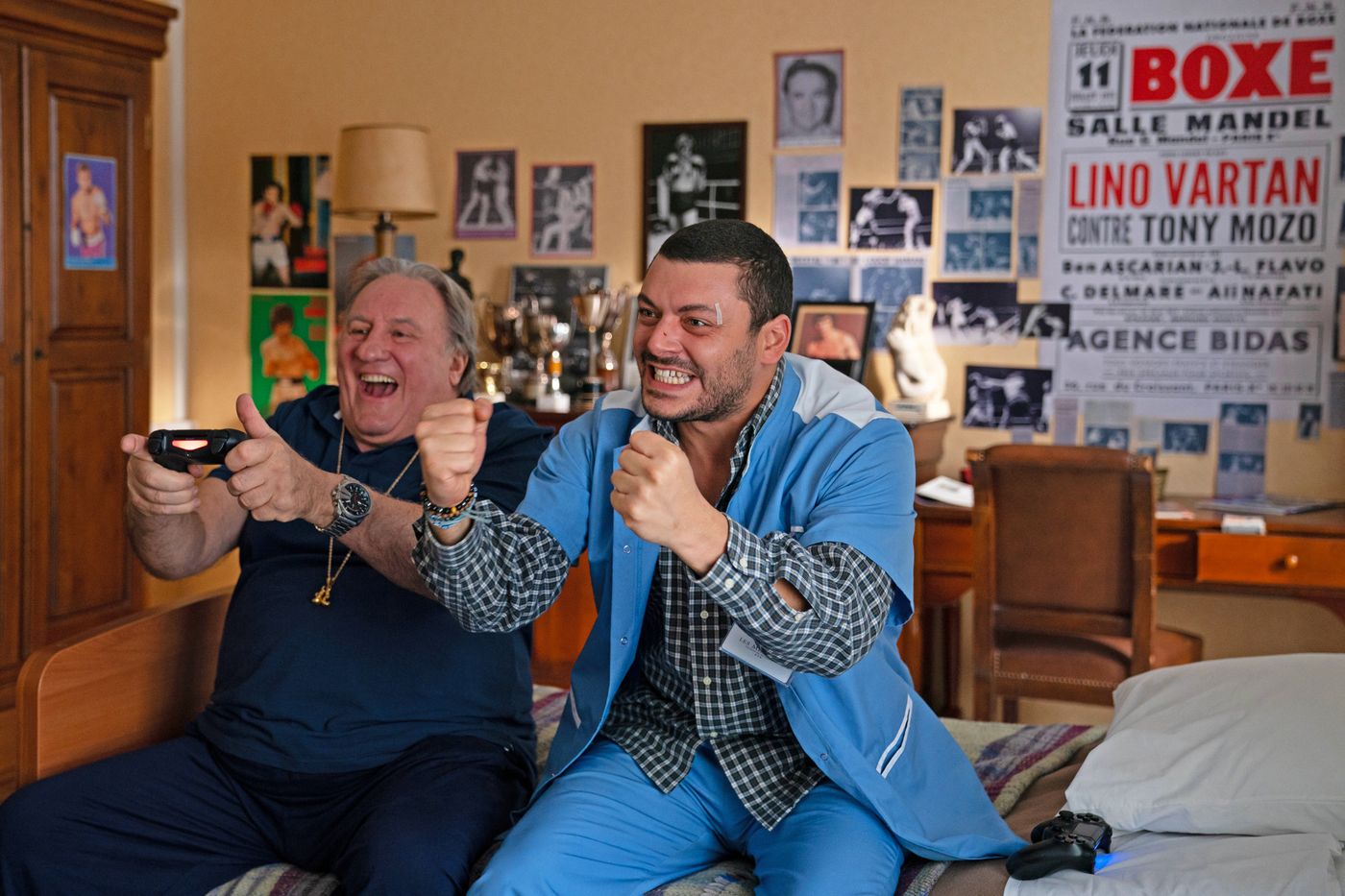 Retirement home will not restore the image of the sector, splashed by the scandal of Orpea. Following damage to a supermarket and behavior deemed aggressive towards an elderly person, Milann, an immature and unstable thirty-something, is sentenced to sixty days of community service in an nursing home. It is with backwards that he goes to the Maison des mimosas, to Louveciennes, so much this universe seems foreign to him.

Greeted roughly by the director, he discovers the staff of the establishment and especially its residents, charming old ladies or old ladies, combative ex-boxer, residents depressed, visually impaired or suffering from Alzheimer’s disease.

Caught up by his debts and his bad associations, Milann will learn with them to defend himself better, to show more attention to others and to find in him the resources to finally take his life in hand. In return, he will identify the scam of which all the residents of the Mimosas are victims.

The dialogues of Retirement home benefit from a few happy borrowings, such as Groucho Marx’s phrase: “In every old man, there is a young man who wonders what happened. » But for the rest, the lines are singularly lacking in verve and humor, which is very regrettable for a comedy, and sometimes flirt with vulgarity.

The scenario does not bother with plausibility, whether it is the presence in an Ehpad of perfectly valid seniors and for the most part endowed with clear ideas or a scam with nebulous contours.

The distribution of resident roles gives the film moments of undeniable charm, such as when Gérard Depardieu shows Milann (Kev Adams) the basics of boxing, when Mylène Demongeot deciphers for him the basics of peaceful and respectful relationships or when Jean-Luc Bideau tells him about his impeded passion for the theater.

Marthe Villalonga and Daniel Prévost portray a clandestine couple enabled by memory problems. Too bad that Liliane Rovère is once again locked into a character of a surly woman. If Kev Adams is doing honorably in front of them, his talents as an actor nevertheless hardly justify the central role he occupies.

Obviously shot before the revelation of the Orpea affair, Retirement home only touches on the problems that have existed for a long time in many of these establishments: lack of staff, mediocre meals, defective equipment, lack of contact with the outside world, and so on.

→ UNDERSTAND. “How can we be sure that he will be treated well? “: after the revelations about Ehpad Orpea, the dilemma of families

Here the scandal is not about institutional dysfunction aimed more at remunerating shareholders than taking care of residents, but from the personal enrichment of an abject director, interpreted without an ounce of nuance by Antoine Duléry.