Talking about the whip of Vietnamese traditional martial arts, many people immediately think of Thuan Truyen whip of the land of Binh Dinh martial with the legend: “Roi Thuan Truyen, right to An Thai”.

Together with An Vinh, An Thai, Thuan Truyen is one of the three most famous traditional martial arts villages of Binh Dinh martial land. And the master who made a name for a long time immortalized with his “whip fight against” technique is the legendary martial arts master Ho Nhu (1891-1976, often called Ho Nganh).

“Currently this dojo is assigned to my son to attend classes. Particularly in the summer days, many students come to school, so I have to mobilize all the boys to teach” – Master Ho Horn said.

Ancient Thuan Truyen Roi did not know who his ancestor was, but the late Grand Master Ho Nhu was seen as an ancestor. His parents are Mr. Ho Duc Pho and Mrs. Le Thi Quynh Ha. At that time, Mr. Pho went to Hue imperial city to take a literary examination when he met Ms. Ha (from Hue) to take martial arts competition. The writer, the martial artist, but their fate has made them meet and connect with each other. When she returned to her husband’s hometown, Mrs. Ha brought her family’s martial arts masterpieces with them.

The old story said that, when he was a child, once because he was raped, Ho Nhu beat back Mr. Huong Kiem’s ​​son in the village. After that, Mr. Huong Kiem took a stick to find, demanding to beat Ho Nhu. Ho Nhu’s mother immediately flipped the handle of the hoe and beat it back up. So the stick in Huong Kiem’s ​​hand flew all the way. Since then, Ho Nhu started to learn martial arts from his mother. 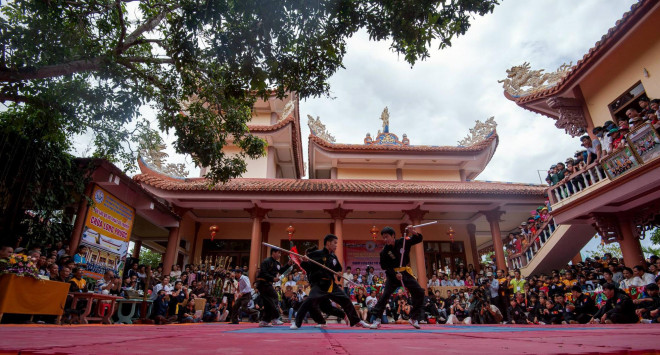 Around 1932, the reputation of Mr. Ho Nhu as well as the village of Thuan Truyen martial resounded throughout the four provinces of Nam, Ngai, Binh, and Phu, and many students came to receive teachers. By the age of 80, Ho Nhu was still practicing his whip, his whip was still hard and beautiful. His son died early, he passed the job to his grandson, Master Ho Horn today.

“Before accepting students, my grandfather used to try first and then teach later, including children and grandchildren in the house. In the process of teaching martial arts, he required students to practice very rigorously. Therefore, many students like him. Ten Americans, Dinh Van Tuan, Nam Tao, Sau Cap … all had reputations in the martial arts village, “recalled martial arts master Ho Horn.

Roi is a typical weapon of Binh Dinh martial. Whip is made of flexible wood, old rattan or solid bamboo, large and small depending on the user’s hand size. Each sect in Binh Dinh has esoteric whips, but the Thuan Truyen whip is the most famous. The esoteric mystique of these whips has entered the legend stories.

According to Master Ho Horn, when he was a child, Master Ho Nhu’s mother was not in a hurry to teach martial arts to his son, but let him study with many teachers such as learning Ba De’s whip, Doi Se’s internal exercises, and next Ho Khiem. When she saw her son mastered the five elements, lost her mind, she began to teach whip. 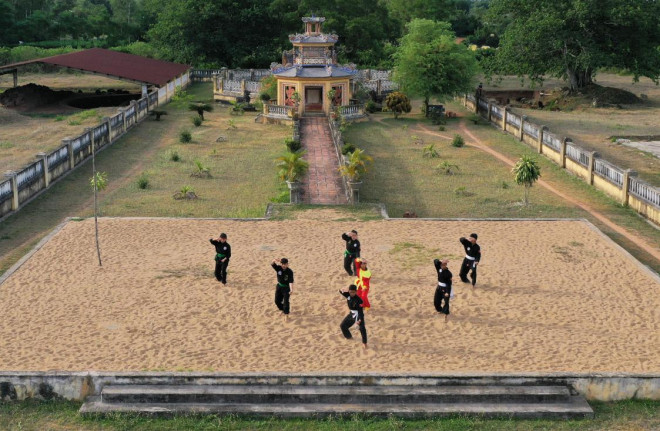 On moonlit nights, she led her children to the wilderness, selected a flat land, instructed each move. The charcoal mother draws a circle on the ground, allowing the child to only move within that circle. She demands very high accuracy in contours, body law, and forging carefulness.

To test the power in the child’s whip, she took four large plates of phoenix oil, each plate soaked a wick, placed it around the circle and then lit the wick on the top. When the wind comes out from the whip, the four flames will flare up at the same time. The unique and extremely beneficial “whip fight against” technique of martial arts master Ho Nhu is also taught by his mother.

“So the whip is against the normal attack, on the basis of the perfect combination of the whips of many different sects. Thanks to hard training, my grandfather can fight against as well as the pros. Later when I have to fighting with the players, the sudden rebellion position helped him win, “explained martial arts master Ho Horn.

At the same time as Ho Nhu, in An Thai village (now in Nhon Phuc commune, An Nhon town, Binh Dinh province), there was a Chinese native named Diep Truong Phat (often called Tau Sau) who was very good at martial arts, especially. Shaolin Kung Fu. Hearing the voice of Mr. Tau Sau, Ho Nhu got to know each other and fought to learn about martial arts. During the fight, Mr. Ho Nhu held a whip wrapped in white cloth with a cotton cushion soaked in blue ink, and Mr. Tau Sau held a whip soaked in red ink.

Mr. Ho Nhu repeatedly attacked with a whip, so Tau Sau could not counterattack in time, but only worried about supporting. After a while of fighting, Tau Sau jumped out to give in. On Mr. Tau Sau’s shirt there are dots of blue ink at the points corresponding to the acupuncture point in the body.

There is a story that, at that time, Ho Nhu’s hometown had a general, famous robbing Du Danh throughout the region. Du Danh has a very strong athletic figure and martial arts. Unrivaled horizontal and vertical, suddenly the name Ho Nhu emerged, making Du Danh uncomfortable. Wanting Ho Nhu to be his subordinate, many times Du Đanh offered to invite him, but each time he was rejected, he was very angry. Recruiting could not be forever, Du Danh immediately challenged Hồ Nhu with the request that if he lost, he must join his men. Unable to endure, in the end Ho Nhu had to accept the challenge.

After that, Ho Nhu alone took the whip to the meeting place that took place in the night. With his whip, he defeated more than a dozen people in Du Danh’s gang. Seeing his subordinates lying under the whip of Ho Nhu one by one, the general robbed Du Danh and attacked his opponent with a blade. However, all of the attacks were dispelled by Hồ Nhu and immediately hit the opponent with overwhelming whips. After many helpless attacks, Du Danh accepted to give in. 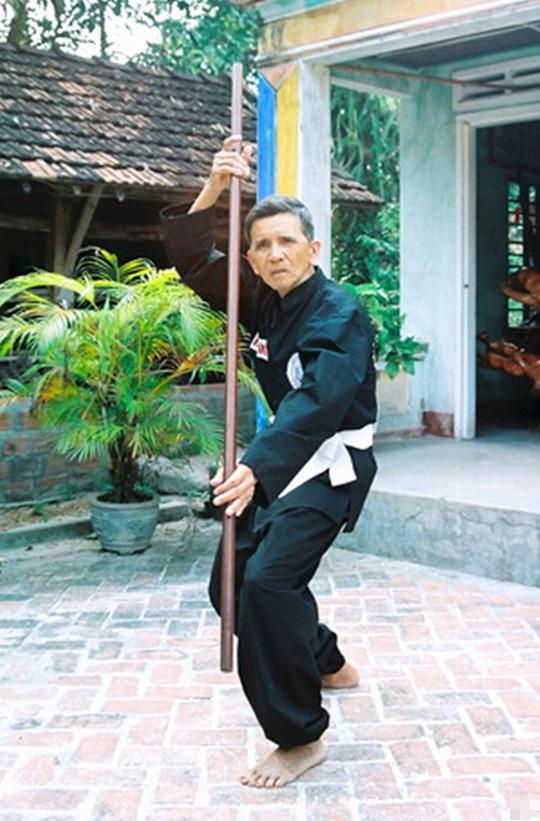 Being a young man, Du Danh tried to sneak up on Ho Nhu for revenge. Once, Ho Nhu was on his way to carry cassava when Du Danh and his disciples came out of the bushes to sneak a sneak attack. That day, Du Danh suddenly attacked Ho Nhu with his plow, but when he heard the sound, he dodged it. After that, he used the lever as a whip to beat Du Danh and his subordinates flew continuously into the bushes. Being beaten to life and lack of death, Du Danh got on his knees asking for forgiveness.

According to Master Ho Horn, after being famous, his grandfather was summoned to the imperial capital by the Hue court to teach martial arts to the royal youth. In Hue, Master Ho Nhu used his whip to defeat a master of Chinese origin, belonging to the Shaolin sect, who was practicing the Shandong martial arts forever at Dong Ba market named Trinh Hung Tri. After the match, Trinh Hung Tri said: “Ho Nhu is a well-known name” and since then he did not dare to underestimate traditional Vietnamese martial arts “.

Recognizing the contributions of the late martial arts master Ho Nhu to the country’s martial arts, in 2018, the Vietnam Institute of Martial Arts Development and Promotion awarded him the title of Vietnamese Martial Arts Award. The buffalo is an animal associated with the cultural life of Vietnamese farmers for thousands of generations. Image of buffalo …