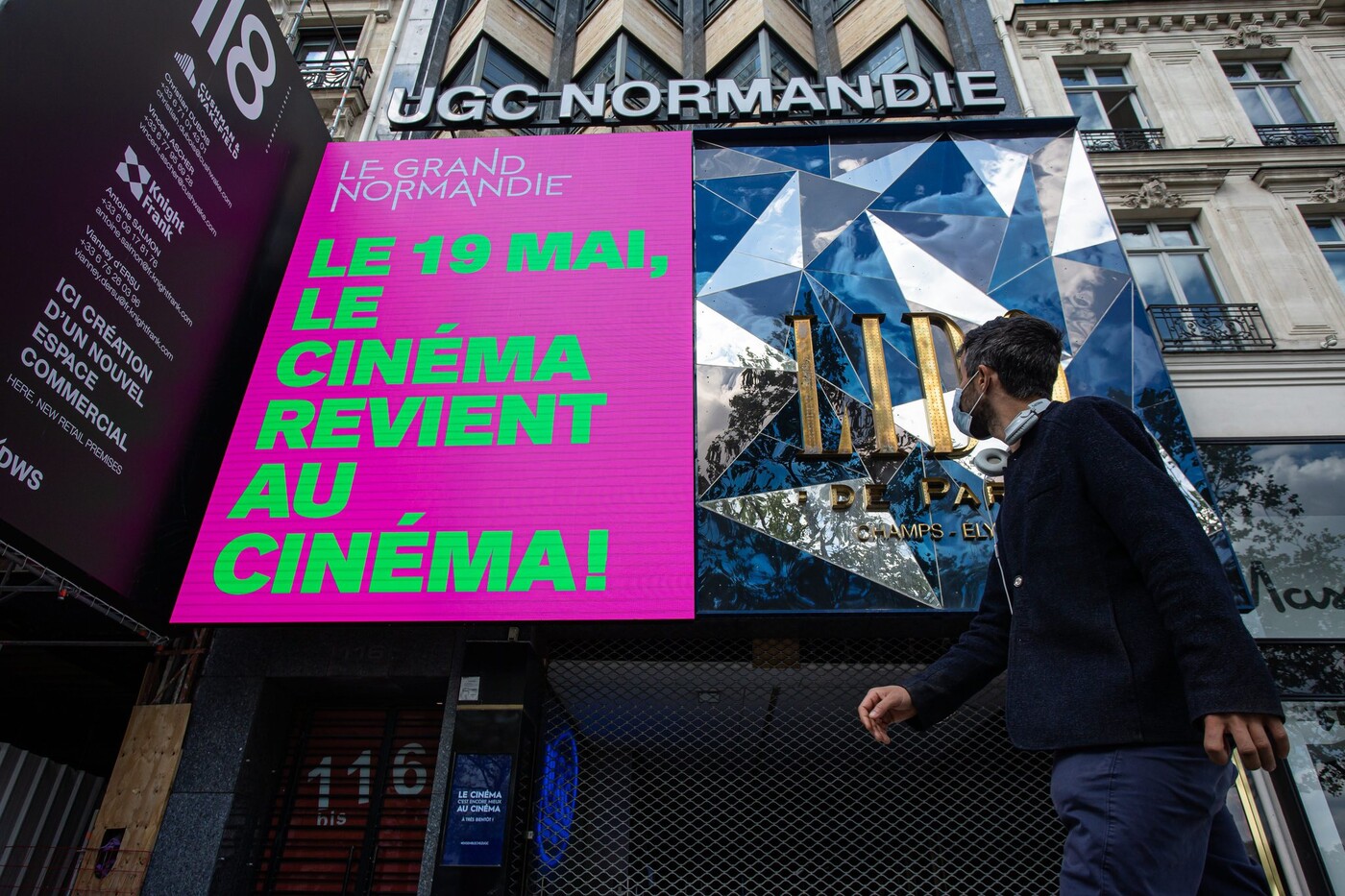 More than 450 films on standby and a big traffic jam in theaters. The dreaded scenario has come true. In the absence of agreement between distributors, the releases are done in dispersed order and each week will bring its share of new features, some of which are eagerly awaited, such as Nomadland by Chloé Zhao or The Father by Florian Zeller, who triumphed at the recent Oscars. To make sure you don’t miss a thing, here is an overview of the films to watch on the big screen.

On display from May 19, we will find above all a large part of the films already released in October and whose career was abruptly interrupted by the closing of theaters on October 30.

This is particularly the case ofDNA the very pretty film by Maïwenn on mourning and the family which confirms the talent of this sensitive and instinctive director but also of Under the stars of Paris, by Claus Drexel, tale of misery carried by a metamorphosed Catherine Frot.

“DNA”, a moving quest for origins

Promising career films like Goodbye idiots, Albert Dupontel or Drunk by Dane Thomas Vinterberg, who have since received numerous awards. The first won seven Caesars while the second won the Oscar for best foreign film for films which despite their desperate tone bring out joyfully all of our humanity.

From the following week, on May 26, the films which animated the last Oscar ceremony will land on the screens. The Father, adapted from his play by Frenchman Florian Zeller, was shot in English with a gripping Anthony Hopkins as an octogenarian losing control of his mind. The film won two statuettes for Best Adapted Screenplay and Best Actor.

Scheduled for June 9, the most anticipated film is undoubtedly Nomadland by Chloé Zhao who won three Oscars including that of best film after a Golden Lion in Venice. This powerful chronicle, which mixes fiction and documentary, takes us in the footsteps of Frances McDormand to discover these downgraded Americans from the American dream who live in their van and form a community of nomads in search of a second chance.

Two small nuggets will then come out which were selected for the best film, Sound of Metal by Darius Marder (June 16) about a musician who becomes deaf and Minari by Lee Isaac Chung (June 23), a sensitive chronicle of the exile of a South Korean family in the United States.

Some pretty films selected at Cannes last year are expected from the reopening, despite the Festival’s cancellation. Many are early films like that of Charlène Favier, Slalom, who very accurately dissects the mechanisms of sexual influence and abuse in the world of sport, in this case skiing, or Falling, the first production by actor Viggo Mortensen, which features a demented Midwestern farmer father and his gay son living in California face to face.

Also not to be missed on June 23 Ibrahim, of the actor Samir Guesmi who also stages a touching father-son relationship or the astonishing Gagarin, by Fanny Liatard and Jérémy Trouilh sort of dreamlike social tale in which a young man who dreams of himself as an astronaut seeks to save his city of Ivry-sur Seine from demolition.

Interesting because they document the story in an intimate way Men, by Lucas Belvaux (June 2) adapted from Laurent Mauvignier’s novel evokes the ghosts that haunt former conscripts of the Algerian war while The oblivion that we will be, by the Spanish Fernando Trueba (June 9) paints a portrait of a humanist doctor against the backdrop of violence in his country, Colombia.

Finally, Bruno Podalydès will delight us with his very successful satire of the life of a start-up in The 2 Alfred (June 16) and Céline Sciamma returns with Little mom (June 2), selected in Berlin, a nice film about a child who goes back in time to discover the origin of her mother’s sadness.

For once, summer should be a year full of outings. Firstly because of the films presented at Cannes and which will be released simultaneously in theaters. This will be the case withAnnette by Leos Carax and Benedetta by Paul Verhoeven but also big American productions (Black Widow, Fast and furious 9 or Spiral, the legacy of Saw…) Who preferred to wait for the end of the restrictions in terms of gauge to make their outings profitable.

On the French side are thus programmed Kaamelott, first part by Alexandre Astier (July 21), OSS 117: Red alert in black Africa, by Nicolas Bedos (August 4) or Eiffel by Martin Bourboulon (August 25).