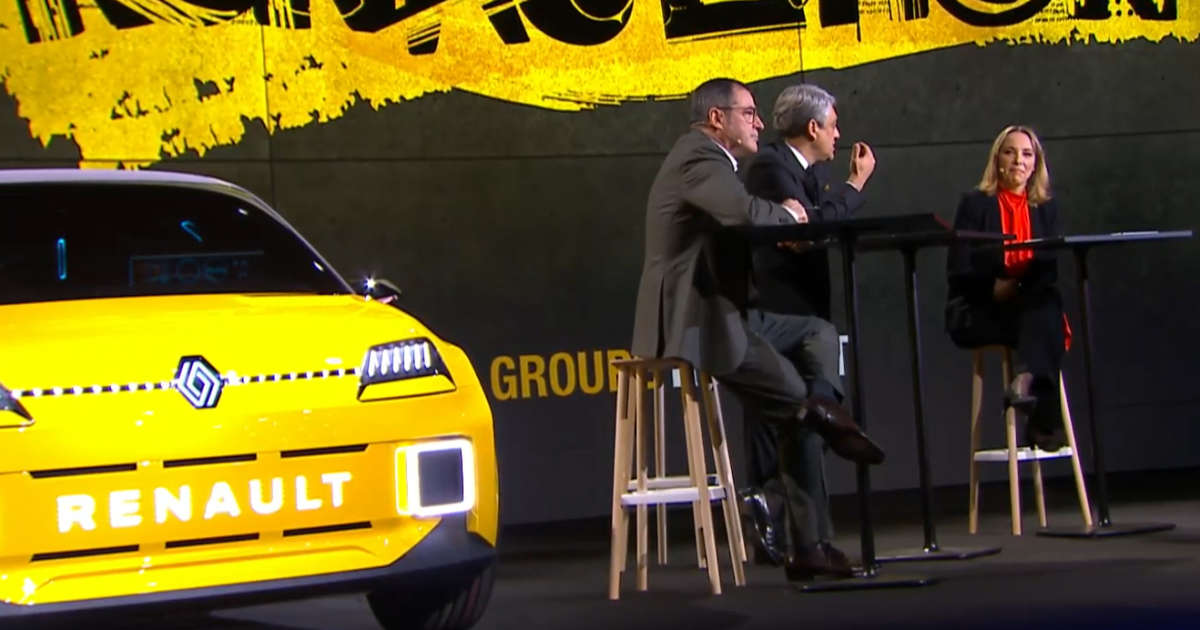 Let’s start with the symbol of Renault’s rebirth, since it was this subject that agitated all lovers of the brand: the rumor announced the return of the R4, but, in fact, it is the R5 that Luca de Meo, new CEO of Renault, has chosen to symbolize what he calls “the New Wave”. From the name of this period of French cinema which had made Hollywood out of date and brought modern France in the 1960s to the world stage. This New Wave, therefore, must be worn by the R5. Luca de Meo had already tried this tactic, triumphantly, at Fiat: it was he who had piloted the rebirth of the Fiat 500, which has always remained, since, the only big commercial success of the Italian manufacturer, the one which allowed him to survive, and ultimately, to merit its merger with the French PSA. “I know from experience that relaunching a legendary model has an impact on the entire range, that’s what we want to do today”, The CEO explained as he revealed the model.

From a technical point of view, the new R5 will be electric. From a commercial point of view, it will be popular, intended to bring electricity to the general public. From an industrial point of view, it could be produced in France, in the North, but on condition that the State, the unions and the suppliers all make an effort to ensure the profitability of this vehicle. made in France. Finally, from a design point of view … it’s not won: the new Fiat 500 was