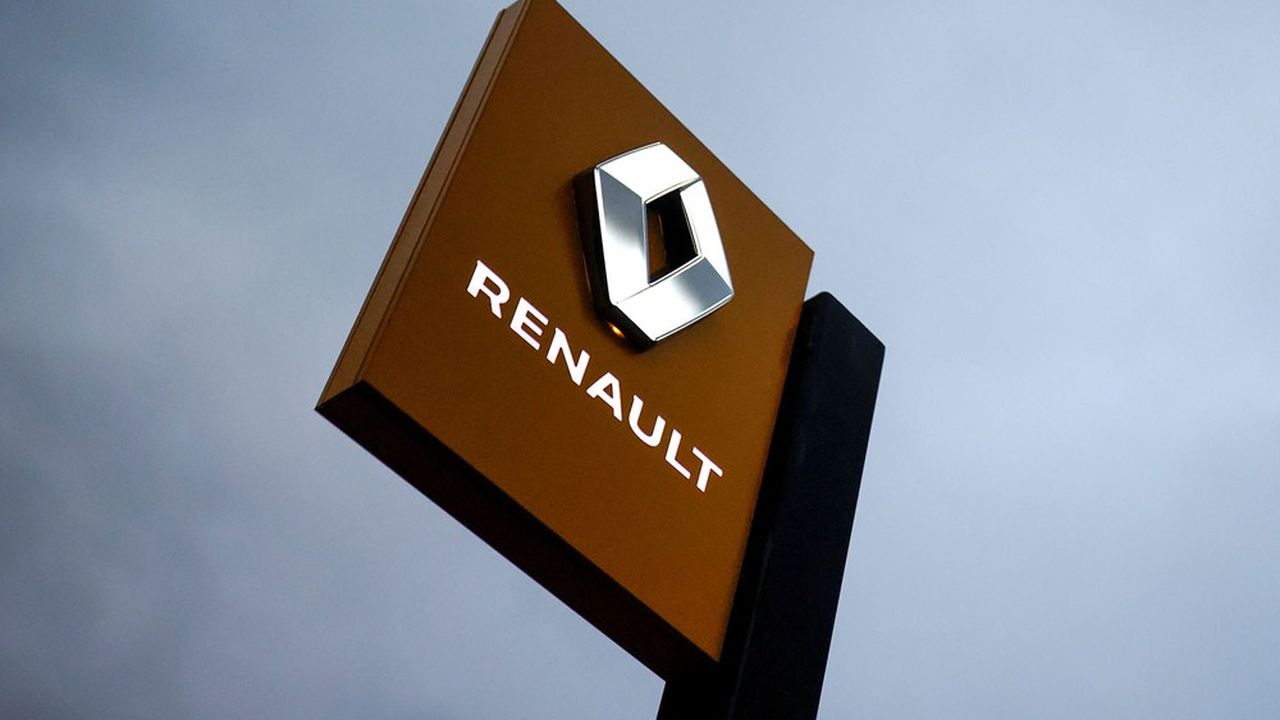 A historic loss. After falling into the red last year for the first time since 2009, Renault’s results turned scarlet in 2020: the diamond group announced a net deficit of 8 billion euros last year. Already affected by a structural crisis, linked in particular to production overcapacity and its failure in the most profitable family car segment, Renault was also hit hard last year by the coronavirus crisis which led to the closure of automobile factories for several weeks.

The French manufacturer has seen its volumes plunge 21.3% last year, to 2.95 million vehicles sold. An underperformance which led to a drop in its turnover of 21.7% to 43.5 billion euros, and the operating margin of its automotive activities, which plunged into the red to -1.4 billion euros. To this were added the difficulties of Nissan, which weighed down its French shareholder (to 43%) by 5 billion euros.

The Losange, however, sees a gleam at the end of the tunnel. The second half of the year was significantly better, with sales down “only” 8.9%, a positive automotive operating margin to 3.5% of revenues, and a net loss reduced to 660 million euros. “The resurrection of the group has started,” said new CEO Luca de Meo, commenting on the results. The Italian leader, who took office last July, presented his strategic plan on January 14, resolutely turning his back on the volume race initiated under the leadership of his predecessor, Carlos Ghosn.

The first results of this return to value drive have already been felt in the second half of the year. “We improved the selling prices of cars by 5.5 points in the third quarter and 6.2 points in the fourth,” said Luca de Meo. Le Losange has decided to refocus on the most profitable models and countries, and to stop “pushing” sales at all costs. “For example, we have deliberately cut our market share by two points in Brazil,” said the manager.

The second half of the year was also marked by the progress of the savings plan faster than expected. Launched last February even before the health crisis, this program, which covered 2 billion euros over three years, has already been achieved at 60%, or 1.2 billion, in 2020 – which has also had for consequence of increasing restructuring costs to 1 billion euros. Renault had announced last January that it intended to increase it, to 2.5 billion by 2023 and 3 billion by 2025.

“Engineering contributed the most to lowering costs, having reached two-thirds of its target,” said Luca de Meo. What is happening is unheard of at Renault! “. Under the leadership of Gilles Le Borgne, its engineering director from the house opposite PSA, the Losange has notably reduced the diversity of projects under development by 25% or increased the common parts between the different models.

“We have also stopped certain activities developed by Nissan, to take better advantage of the Alliance,” said Gilles Le Borgne, who explains that he also made savings, in particular by making greater use of R & D centers located in the countries at low cost.

The big disappointment came from the net generation of cash: it was negative 4.6 billion over the year, while analysts were forecasting 4.2 billion instead. “We had planned to receive a dividend from RCI Bank [la structure de financement du groupe] 500 million, the ECB has banned dividend payments by banks this year, ”explained Clotilde Delbos, explaining that this setback would be caught up as soon as possible. The automotive branch’s net cash position, which was positive at the end of 2019 at 1.7 billion euros, turned negative by 3.6 billion.

The manufacturer intends to restore its operating margin by 2023, bringing it to more than 3% (it was negative by 0.8% in 2020 but positive by 3.5% in the second half). Luca de Meo is banking on the round of 24 launches planned by 2025, half of which will be in the C segment of family cars.

The group has not given forecasts for the current financial year. “2021 will be another difficult year”, however insisted the Italian leader, evoking the lack of visibility linked to the consequences of the health crisis, and the shortage of electronic components. On its own, it could, according to the group, cut its production by 100,000 vehicles this year.