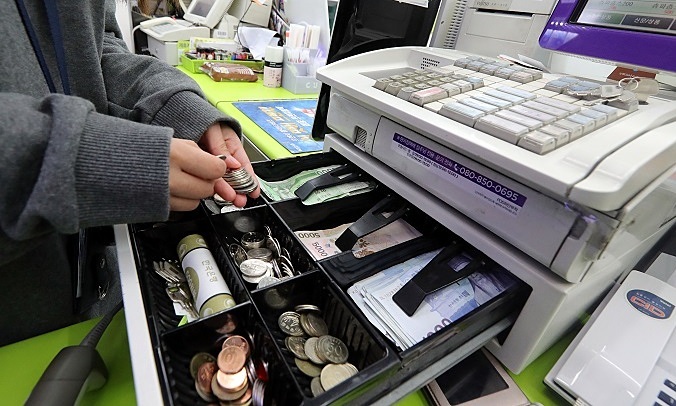 “A bag of snacks at a convenience store costs more than 1,000 won, so getting the change back is useless when it’s less than a few hundred won,” Lee said. Even female students feel embarrassed and think that not accepting change is simply paying a little more money to avoid embarrassment.

Yoo, 15, also agrees. “When I settled in, the change came out. It’s a bit noisy to carry coins, so I don’t want to accept them,” Yoo said.

In Korea, with the popularity of prepaid transportation cards, many teenagers don’t know exactly how much bus tickets cost and don’t care about change.

According to many experts, the popularity of convenient living among young people and the decline in the value of coins is the cause of this situation. “Many people don’t care much about change, but they should know how to accumulate small amounts. Coins if accumulated can also make a significant amount,” said Lee Eun-hee, a professor of consumer science at the University of Science and Technology. learn Inna, said.

Professor Lee’s comments were also mentioned by American billionaire Suze Orman. She said that small coins or expenses should not be underestimated, because the accumulation of that amount will make a large sum.

According to the female billionaire, many people tend to be careful with investments and large purchases, but are reckless with small expenses. While the rich never make unnecessary payments, they are still wary of all sorts of fees and bills.

“Looking at everything, you can cut your spending a little bit. It all adds up to a big sum,” says Suze.

American self-made millionaire Chris Reining, who hit a million dollars at age 35 and retired two years later, also says the key to saving is to start small. “The first lesson you need to learn is to realize that small changes make big changes.”

Minh Phuong (According to Koreabizwire, CNBC)