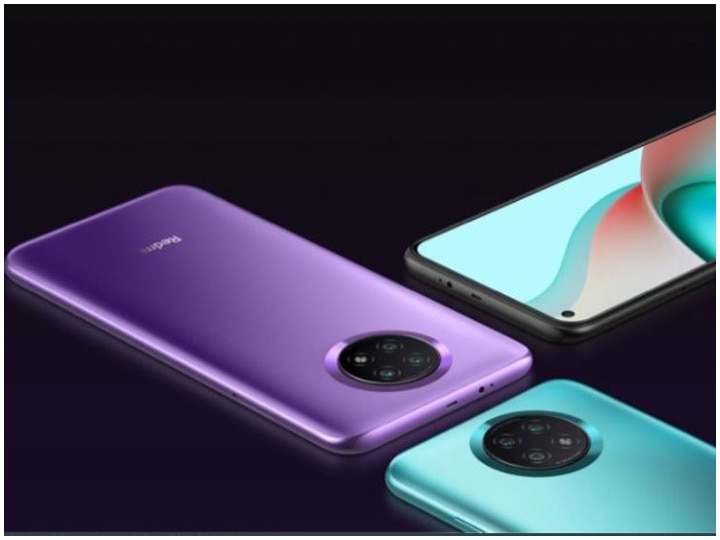 Redmi Note 9T specifications and price- In this phone you get the support of Dual Nano SIM. This smartphone works on Android 10 based MIUI 12. It has a 6.53-inch full-HD + display. The phone has an octa-core MediaTek Dimensity 800U processor with 4GB of RAM. It has a triple rear camera setup. It has a 48MP primary camera, 2MP depth sensor and 2MP macro camera and 13MP front selfie camera. The internal memory of the phone is up to 128GB, you can increase it up to 256GB from the card. There is a 5,000mAh battery and a side mounted fingerprint sensor.

Redmi 9T specifications and price- This smartphone works on Android 10 based MIUI 12 The phone has a 6.53-inch full-HD + display. 6GB RAM and Octa-core Qualcomm Snapdragon 662 processor have been given. The phone has a rear quad camera set-up, which includes a 48MP primary camera, 8MP ultra-wide angle camera, 2MP depth sensor and 2MP macro camera and 8MP camera at the front. Its internal memory is 64GB, you can increase it up to 512GB from its card. The phone has a powerful battery of 6,000mAh which comes with 18W fast charging support.

Talking about mid-range 5G smartphones, it can be competed with phones like Realme V15 5G and OPPO Reno5 Pro 5G.

Specifications of Realme V15 5G- This phone has a 6.4-inch FHD + Super AMOLED display with a 180Hz touch sampling rate. You will also get an in-display fingerprint sensor in the phone. The phone has a MediaTek Dimensity 800U processor. For photography, the phone has a 64MP primary camera, 8MP wide angle, 2MP macro camera and 16MP front camera for selfie. You will get 4,310mAh battery in the phone. In which 50W fast charging is supported. This phone works on Android 10 based Realme UI. The price of the phone starts at around 17,000.

OPPO Reno5 Pro 5G specifications – At present, this phone has been launched in China. The phone has a 6.55-inch FHD + OLED display and MediaTek Dimensity 1000+ processor. This smartphone works on Android 11 based ColorOS. The phone has a 4,350mAh battery, which comes with 65W fast charging. Quad camera setup has been given in the phone. In which 64MP primary camera, 8MP ultra-wide angle camera, 2MP macro camera and 2MP portrait lens camera have been given. A 32MP front camera has been given for the selfie. Its price in China is RMB 3,399 i.e. around Rs 38,300.
read this also

Nokia 5.3 price cut by so much rupees, there is a competition with this phone in terms of price
Samsung Galaxy S21 series will be launched soon, these gifts are free on pre-booking