Tottenham Hotspur Stadium is dyed red by AIA Vietnam, giving Vietnamese fans a pleasant surprise, reminding everyone of the long-term cooperation between the world’s leading football club and the insurance brand. the largest Asian origin in the world.

Watching the exciting match between Tottenham Hotspur (Spurs) vs Leeds United on the night of November 21, surely Premier League fans were overwhelmed with the scene of the match, when the red color of AIA Vietnam appeared “overwhelming”. England’s biggest stadium for 90 minutes. The AIA brand not only appears on the Spurs players’ field uniforms, but also ‘covers’ all screens covering the pitch with the familiar message “Live Healthier, Longer, Happier”. !

Most impressive is the image of 7 Vietnamese faces occupying the “golden position” on the main screen, where millions of fans around the world have to look up. They are from AIA Vietnam, are individuals with excellent achievements in the program “Shine with Tottenham Hotspur.” In addition, they are also 7 MDRT members of the Global Million Dollar Round Table Club, 7 ambassadors Together with AIA Vietnam, the author contributes to spreading the message “Live Healthier, Longer, Happier” to the people. The big screen appeared 7 faces with excellent achievements in the program “Shine with Tottenham Hotspur” during the match.

Tottenham Hotspur fans are already very familiar with the red logo printed on the Spurs team’s uniform, because AIA Group and Tottenham Hotspur have strategic cooperation since 2014 until now. After 8 years of companionship, this enduring partnership has proved the bond between the world’s leading football club and the world’s largest Asian-origin insurance brand. 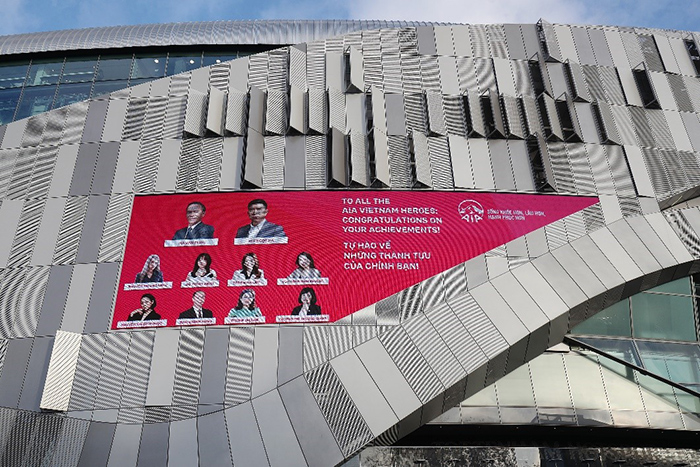 The image of 7 outstanding faces from AIA Vietnam also appeared on the screen outside Tottenham Hotspur Stadium.

However, AIA Vietnam brought to the world-class stadium last night the excitement and pride of having “1-0-2” for the Vietnamese. The fact that AIA Vietnam’s brand and brand appeared densely in the Tottenham Hotspur vs Leeds United match is also a testament to the long-term cooperation with many interesting activities to strongly inspire people to live a healthy lifestyle. local through the sport of kings.

Mr. Wayne Besant – General Director of AIA Vietnam shared: “Vietnam is a country with 97 million people and tens of millions of football fans. I know a lot of Vietnamese people who love and follow the English Premier League and Tottenham Hotspur Club. We hope that the appearance of AIA Vietnam in the last Premier League match not only affirms the brand’s position, but also contributes to spreading positive energy from sports and healthy lifestyle to everyone. “.

AIA Group has officially been a global strategic partner of Tottenham Hotspur Club since 2014. In 2019, on the occasion of its 100th anniversary, AIA announced the extension of its long-term partnership with Tottenham Hotspur. until the end of the 2026/2027 season. The AIA branding will continue to appear on the jerseys of members of the men’s and women’s clubs and Tottenham HotSpur’s training center during all matches. 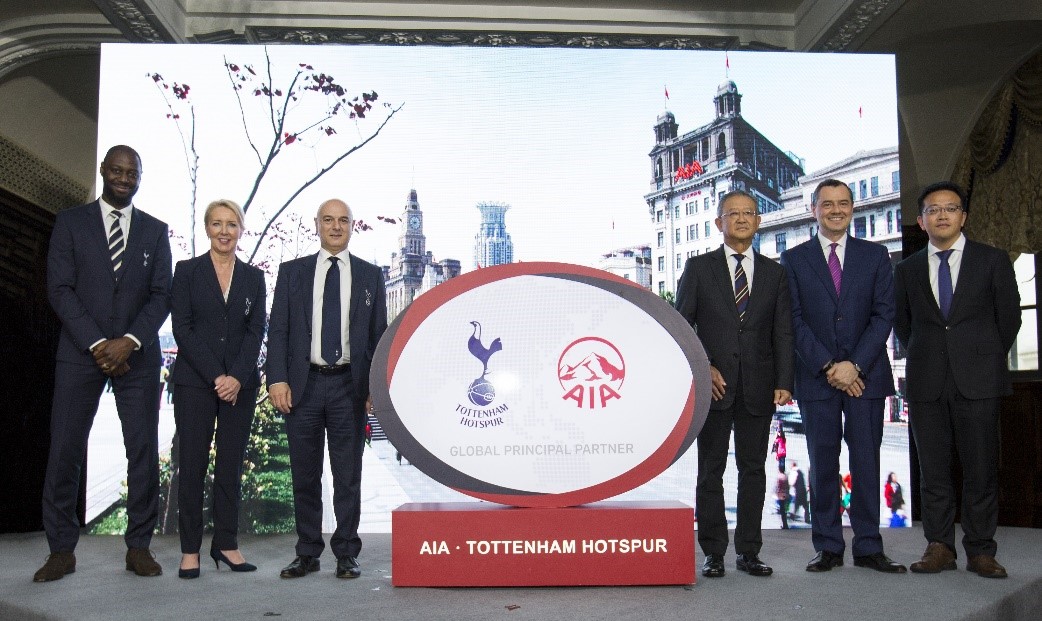 Under the cooperation agreement, AIA and Tottenham Hotspur will continue to work together to develop separate programs for Spurs players from physical training to nutrition. Tottenham Hotspur is one of the top teams in the English Premier League with more than 180 million fans worldwide and 80 million fans in Asia. Therefore, this strategic partnership is expected to help AIA realize its brand promise to help people “Live Healthier, Longer, Happier”.

In addition, the two sides also cooperate in a series of youth player training programs in some markets where AIA is operating. Together, Tottenham Hotspur and AIA have conducted numerous training programs for more than 60,000 children and young people in the community. AIA also enables customers, agents, staff and fans to interact directly with Spurs players and coaches. Through tailor-made programs tailored to the needs of each country, AIA has effectively contributed to the goal of skill development and physical improvement for people in 18 markets.

“AIA Vietnam and Tottenham Hotspur both wish to bring Vietnamese people a healthy life through the sport of kings. Specifically, the Child Striker program, the Premier League Shot training camp, etc. aim to light up and nurture the spirit of sports passion for tens of thousands of children across the country, thereby promoting a healthy lifestyle both physically and mentally. physically and mentally to families. By standing up for support or practicing with the ball, people can easily reach Healthier, Longer, Happier lives.”, CEO Wayne Besant added.