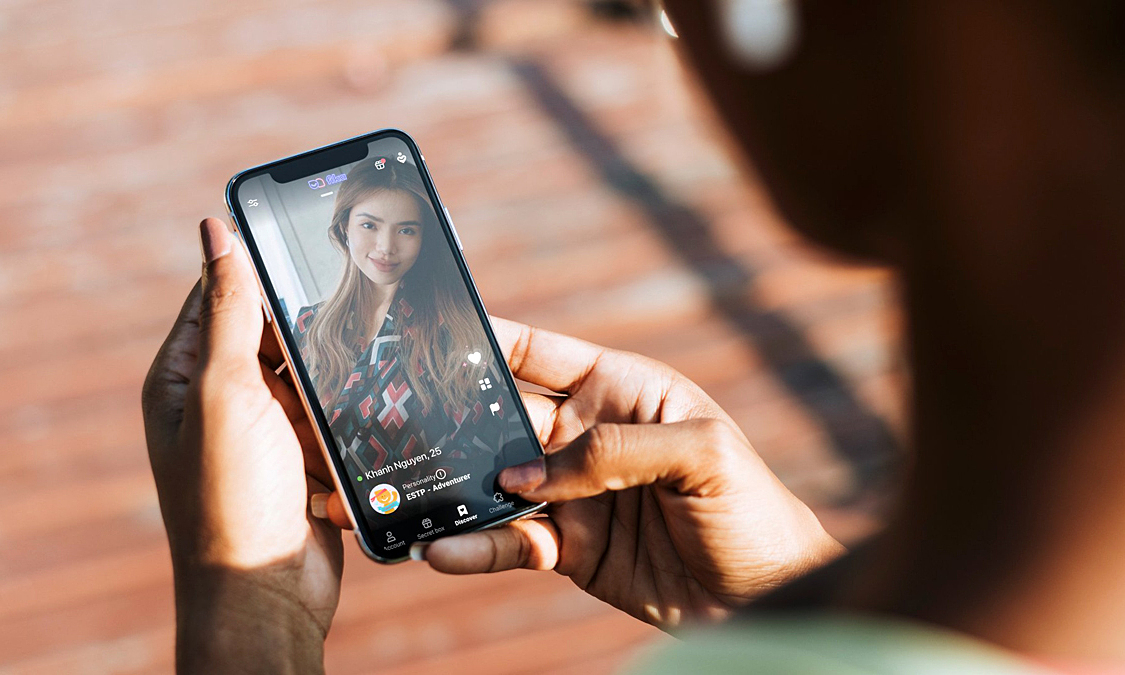 Wishing to have a girlfriend to spend Christmas, Duc Huy, 28 years old, decided to participate in a hidden dating event, on the evening of December 9.

The insurance salesman along with 19 other single men and women were asked to turn off the camera for the duration of the event. Having experience in dating from online to offline for many years, but this is the first time Huy participates in the form of “blind date” – dating anonymously, via Zoom, so it’s inevitable.

Twenty people participating in this date have the opportunity to get to know each other through introductions, exchange questions, interactions and especially two “blind date” rounds in a private room for private conversation. four 10 minutes.

“Normally I’m a rational person, but this time I decided to try to let my heart and emotions decide,” Duc Huy shared after the event.

Based on the two sides’ impressions of each other, Huy was in turn paired with two female friends to talk. The first girl to work in a bank. Because the work is quite close, the two talk freely as if “longtime friends”. “10 minutes went by too quickly. Our conversation was stopped at the part where the other girlfriend joked ‘over there, change to the banking industry,'” Huy said.

The second female friend has a master’s degree in business administration and has just returned from Korea. Through the conversation, Huy understood another side of “kimchi land” compared to movies. “This girlfriend’s view of love and marriage is very modern. She needs a man to accompany her in life, not an economic pillar,” he said.

The conversation stopped at “hobbies in free time”. “She just found out that I like football, movies and charity, but I still don’t know what she likes,” Huy said. At the end of the program, he pressed the “Yes” button to continue contacting the two girls. However, for many reasons such as not being suitable for age, busy and not “emotional wave”, he still has not progressed with anyone.

“So another Christmas alone,” said the boy from Hai Phong.

The dating market has begun to bustle again since cities eased their distance, especially at the end of the year, when the Tet holiday season is coming. Matchmaking companies and dating apps are both seeing increased customer demand.

According to Denise Sandquist, co-founder of a dating service based in Ho Chi Minh City, with the current Covid-19 situation, online dating activities are growing. Statistics from app analytics company Apptopia, Vietnam’s top 20 dating apps have reached 1.5 million users this year. Denise’s application (app) has just reached one million downloads in Vietnam, one year after its launch.

In Hanoi, Vu Nguyet Anh’s dating company, the organizer of the “blind date” event that Duc Huy recently attended, noticed not only an increase in the number of guests asking for information, but also a prompt response. . Year-end exchange events always have 1.5 times the number of participants. Recently, her company had to recruit more employees to meet customer needs.

Particularly in the high-end dating segment, on average every week, Anh arranges 2-3 face-to-face appointments for couples. According to her, this is a significant number for the group of VIP customers, who are picky and have high conditions compared to the level of society.

People tend to get married at the end of the year. Movement Cuffing season (handcuff season) has been in vogue for the past decade, showing the demand for dating starting from early winter until after Valentine’s next year, according to Facebook research. Scientists also found that, in the winter, testosterone levels in the male body reach the highest threshold of the year, leading to the desire for love. While the weather is overcast, the days are short and the nights are long, making single women moody, wanting love to change their mood.

Besides, at the end of the year, weddings and many friends and family gathering events, people are easily asked about love and marriage. “This year alone is more exciting than other years, but also because of the prolonged separation period, which makes single people ‘infiltrate’ the feeling of loneliness more,” Nguyet Anh analyzed.

Right after the early October, a male customer booked Anh’s VIP service with the request “to get a special person to spend Christmas with, at the latest before the Lunar New Year”.

Since then, every one to two weeks, this customer is arranged to meet a new object. Nearly a dozen female friends he has met but not yet “fixed” anyone. “Indeed, this case put a lot of pressure on us because he was not only picky but also forced the progress,” this matchmaker shared.

To meet the demand for finding a lover during the festive season, Denise and her colleagues have prepared for both scenarios: operating within a permissible framework or completely distancing themselves. “With the trend of the digital age, online activities still provide an interesting experience, especially when 100% of our users have their profiles verified, have real development, real relationships,” Denise said.

Mai Phuong, 29 years old, is sad because the night before the Christmas dating event, which took place in Gia Lam district (Hanoi), was canceled because of the epidemic. This is a meeting between a group of single men and women with the cost of 180,000 VND each for the venue, drinks, cake, speakers, projector… The dinner is organized in the form of each person bringing one food, so Phuong was very excited.

The girl went through a love affair, has been single for five years. Recently, at the urging of her family, she decided to reduce her work and spend more time going to events where she could get to know the opposite sex. “I went on picnics a few times with groups of singles. It’s a bit sad that I haven’t found anyone to love,” said Mai Phuong, who works in a government agency.

Duc Huy has scheduled New Year’s Eve to go home to his parents. He is planning to book a service to have a coffee evening with a female friend in the countryside. “I will have one more friend, I will be lucky to have a customer and it would be great to be a lover,” the young man said with a smile.