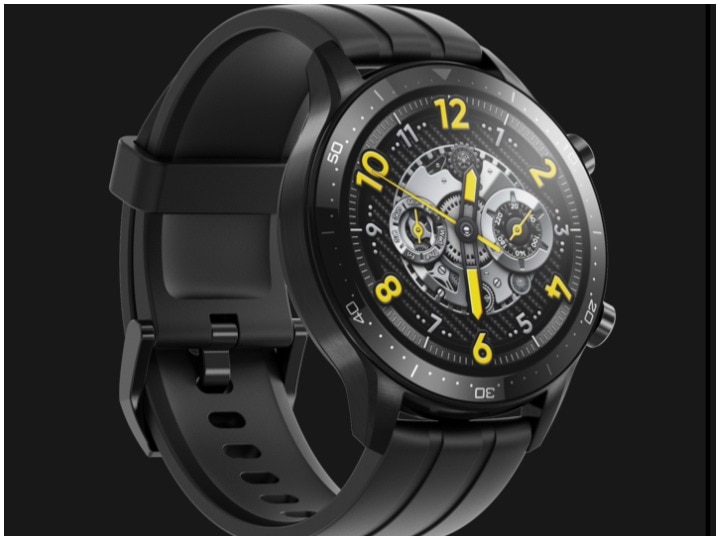 Specifications of Realme Watch S Pro
Realme Watch S Pro has a 1.39-inch AMOLED Always-On Display, which has a resolution of 454×454 pixels. 2.5D Corning Gorilla Glass has been given for protection. This watch is equipped with features such as swimming mode, dual processor, dual satellite GPS, heart rate monitor and blood oxygen monitor, with 5ATM watt register rating. Reality claims that its battery will give 14 days backup on a single charge.

There are many modes given
Realme Watch S Pro has 15 sports modes like basketball, yoga, cricket, running, cycling. It comes with more than 100 watch faces. In this watch of Reality, all app notifications will be known. This watch will unlock as soon as it comes near the phone. For connectivity, Bluetooth 5.0 has been given in it.

Specifications of Realme Watch S
Realme Watch S has a 1.3-inch circular display, whose resolution is 360×360 pixels. 2.5D Corning Gorilla Glass has been given for protection. Auto-brightness feature has been given in this watch. In this watch, 16 sports modes like Football, Yoga, Running and Cycling have been given. For power, it has a 390mAh battery. According to Reality, it will give a 15-day backup on a single charge. The special thing is that this watch becomes full charged in just two hours. In this, you have also been given a SpO2 sensor to check blood oxygen level.

Realme Buds Air Pro Master Edition
Realme has launched the Master Edition of Buds Air Pro. With this active noise cancellation feature has been launched in the market. For better sound quality, it has a base boost driver of 10mm. Dual-mic cancellation has also been given by Realme for a great calling experience. These buds are equipped with quick charge technology. These buds will give a playback time of up to seven hours in just 15 minutes of charging.

Amazon GTS 2 smartwatch launched, know what are the other options of smartwatch in the market

If you are also a music lover, then Buds Z of OnePlus is the best option for you, know its features