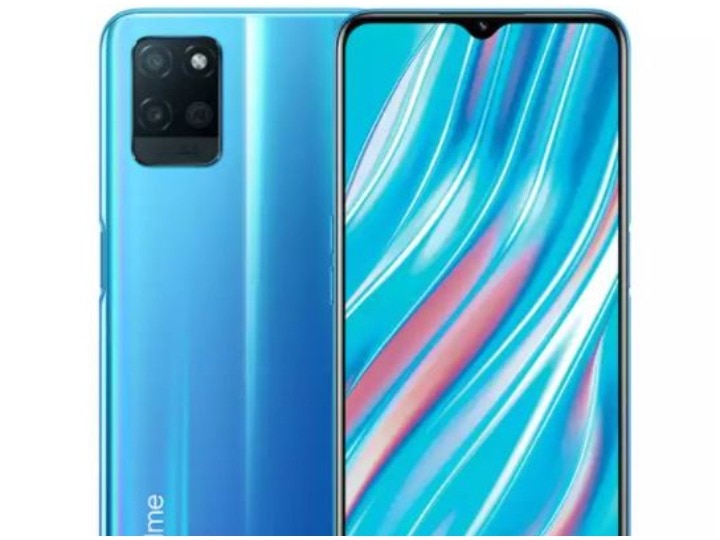 Nowadays, given the increasing use of mobile, the smartphone manufacturer is paying maximum attention to the phone battery. People want to buy phones with long battery life and fast charging. So that they do not have battery problem anywhere. People want to buy such a phone that once it leaves the house, after full charge, the battery can last a full day. In this sequence, Realme has launched a new smartphone of its V series. Realme V11 5G has been launched in China at the moment but in the coming days this phone will also be seen in the Indian market. It is an affordable 5G smartphone with great features. In this phone, you have been given MediaTek Dimensity 700 processor and a large battery of 5,000mAh. Let us know which are the features of this phone and other 5000mAh smartphones found in the market.

Realme V11 5G- Talking about the specifications of this smartphone, a 6.52-inch IPS LCD display with a 60Hz refresh rate has been given. Water-drop notch has been given in the phone’s screen. You will get the MediaTek Dimensity 700 processor with 5G network support. This phone has 128GB internal memory with up to 6GB of RAM, which you can increase with the memory card. This phone has a 5000mAh battery which supports 18W fast charging. 13MP primary camera, 2MP depth camera has been given in the rear for photos. There is also an option of LED flash in the rear of the phone, this phone works on Android 11 based Realme UI. The phone has a side mounted fingerprint sensor. Talking about the price, you can buy 4GB + 128GB variants in China for RMB 1,199 i.e. around 13,500 rupees. At the same time, if you buy a phone with 6GB + 128GB variants, then for this you will have to pay Rs 15,800. You can buy this phone in 2 color options.

Vivo Y20- If you want to buy a phone with a great battery backup at a low price, then for Rs 13,990, you can buy a Vivo Y20 phone, this phone has 6GB RAM and 64GB internal storage. Vivo Y20 has a 13MP triple rear camera. At the same time there is an 8MP front camera for selfie. For power backup, the phone has a powerful battery of 5,000mAh.