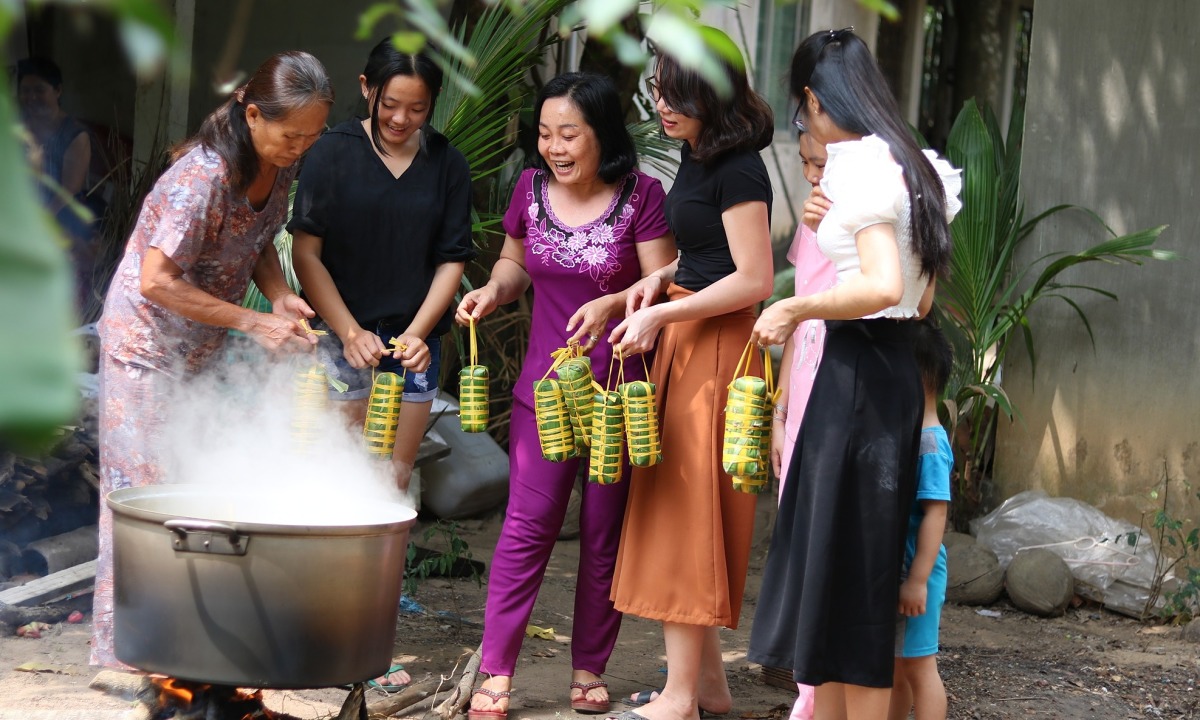 After nearly a month of being held (January 5 to January 31), the photo contest “Sharing Tet – Giving Love” has received more than 200 entries from readers. The content of the photos in the contest shows the warmth and reunion of the family on each Tet holiday, past and present; images reminiscent of Tet; Steps to prepare for Tet, delicious Tet dishes. Many images remind viewers of the past and present New Year days through the way of wrapping banh tet, banh chung, making tubers… of many families with meaningful lines.

At the end of the contest, the Organizing Committee selected 8 readers to receive prizes. In which, a final prize of three million dong is given to readers with the highest interaction; two second prizes – two million each for the next high interaction; 5 impressive prizes – each prize receiving one million dong for the contestant with impressive photos, causing emotions to the Organizing Committee. The total prize value for the whole contest is up to 12 million VND.

Reader Hong Diem Tran is one of five impressive winners. She shared in the photo of 3 generations gathering around a pot of banh tet in the days leading up to Tet: “If Tet does not have a day to pack banh tet like this, perhaps half of the joy of Tet will be lost… Time goes by, but when people always hope for Tet, Tet will never be the old Tet”. In addition to sharing about Tet holiday, readers Hong Diem Tran also expressed their wish that their children and grandchildren will enjoy many meaningful traditional Tet holidays at home and keep the spirit of Vietnamese Tet.

Meanwhile, the contest photo with braised pork belly along with the gentle but profound sharing lines of readers Kim Dang, received thousands of likes. She wrote confiding lines with the photo: “Every year when Tet comes, my mother cooks a big pot to eat throughout. She cooks very well and eats it all the time without getting bored”. However, Kim Dang said that the braised pork in the photo was the last dish that her mother cooked for her, because this year, she could not eat delicious dishes cooked by her mother’s own hands. With an emotional share, Kim Dang was one of three readers who received the award with high interaction in the contest.

The organizers shared that the contest “Tet sharing and giving love” was an unexpected success because it received an enthusiastic response from a large number of readers across the country. Contestants not only focused on selecting images related to the Tet theme, but also expressed their emotions and put a lot of heart into each word. Each post is like a close, simple life story that leaves many impressions and emotions for viewers.

Here are the winners of the contest:

The organizers will contact the winners directly as soon as possible.

Photo contest “Tet sharing – giving love” by Electronic Newspaper VnExpress.net cooperated with 3 Mien dipping sauce brand to organize from January 5 to January 31. The contest aims to convey a positive message and together wish for the 2022 New Year to be reunited and spend more time with family.