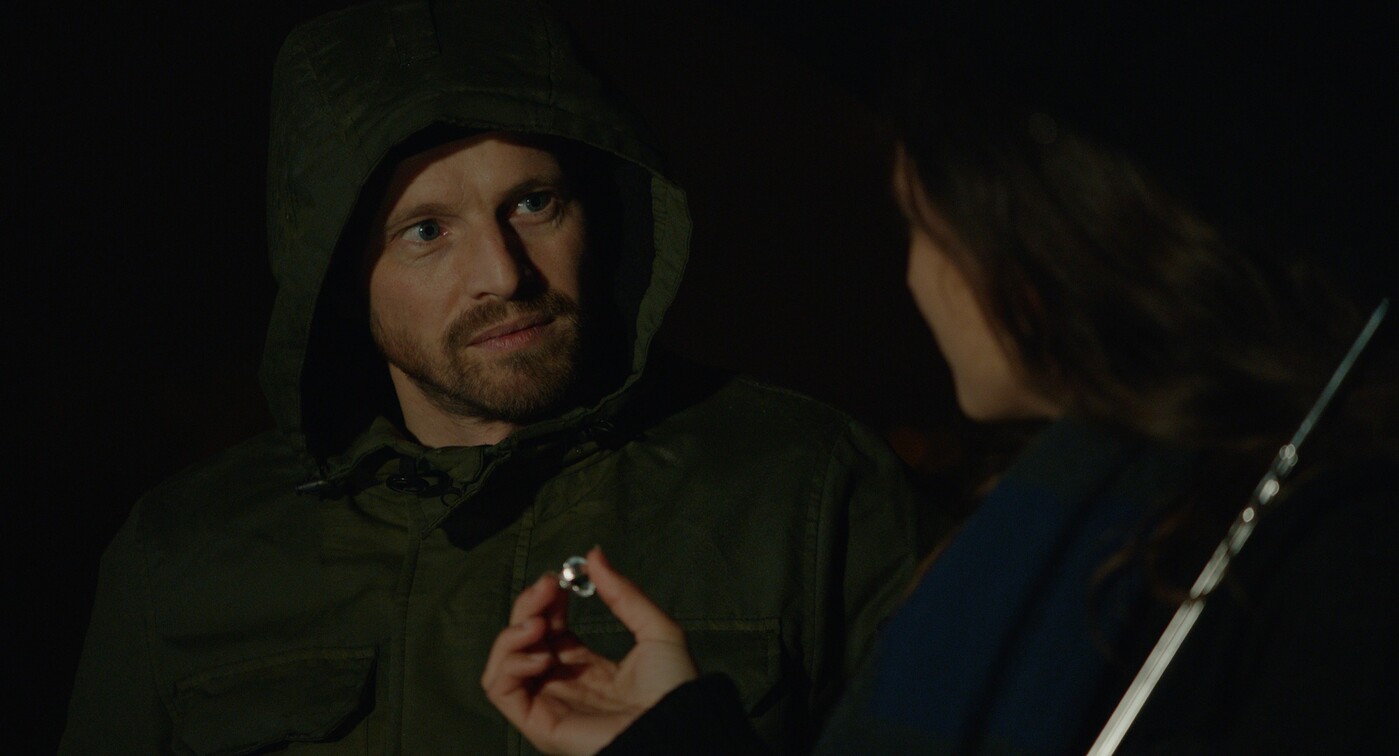 Je. This nickname resembles him: he slams, without really knowing where he comes from. Maybe this man gets out of prison as he tells a woman he meets. Unless it is a provocation. Charming and without embarrassment, Je approaches the passenger of a train, meddles in her telephone conversation, takes a picture of her on her cell phone without her consent. In the city where he arrives, he joins a group, flirting with a young woman whose phone number he obtains, almost getting into a fight with her boyfriend. He spends a night in a car whose lock he has forced open, before joining Miguel, a friend who warmly offers to accommodate him and find him a job on a construction site.

Je, a thug without a filter? If the first part of the film leaves the question open, the answer ends up appearing, off screen, in an aftermath: Djé tortures, rapes and kills women at random during his encounters.

” He is a performative character, says of him Peter Dourountzis who for twenty years revolved around the idea of ​​devoting a film to a rapist and serial killer for fear of glorifying him. If he scares you, then he becomes an aggressor, if you find him handsome, then he becomes seductive. “ Like Guy Georges, the “killer of eastern Paris” arrested in 1998, Djé leads a love life and a criminal life at the same time. The film follows him in his daily life, his gaze on women, his adventures and his assassinations, always off-screen. What’s the point of view on him? It seems sorely lacking. And we wonder why we find ourselves attached to Djé’s footsteps, as well as the meaning of the title, an atrociously light qualifier with regard to the crimes committed.

Peter Dourountzis explains wanting to show ordinary misogyny carrying a culture of rape, emphasizes that “Monsters do not exist”, in the words of Adèle Haenel when she explained the attacks to which she was the victim by the director Christophe Ruggia, and recalls that the dangerousness is not read on a face. Is. But if the intentions are interesting, they nevertheless do not bring to the film a perspective that can do without the comments of the filmmaker.

Even if Pierre Deladonchamps is able to create a tension as in The Tickles where he played a pedophile, his magnetic charm, with his laughing eyes in a gentle face, operates fully as always. The viewer is all the more tossed around between empathy for his character and repulsion for the crimes that follow one another. It is only with the character of Maya (Ophélie Bau), who appears late, that the camera moves away from Djé to adopt the gaze of the young woman. If therefore the stakes are clear, Rascal then takes the turn of a controlled but classic thriller, where the suspense rests on the fear (and the expectation) of the passage to the act.