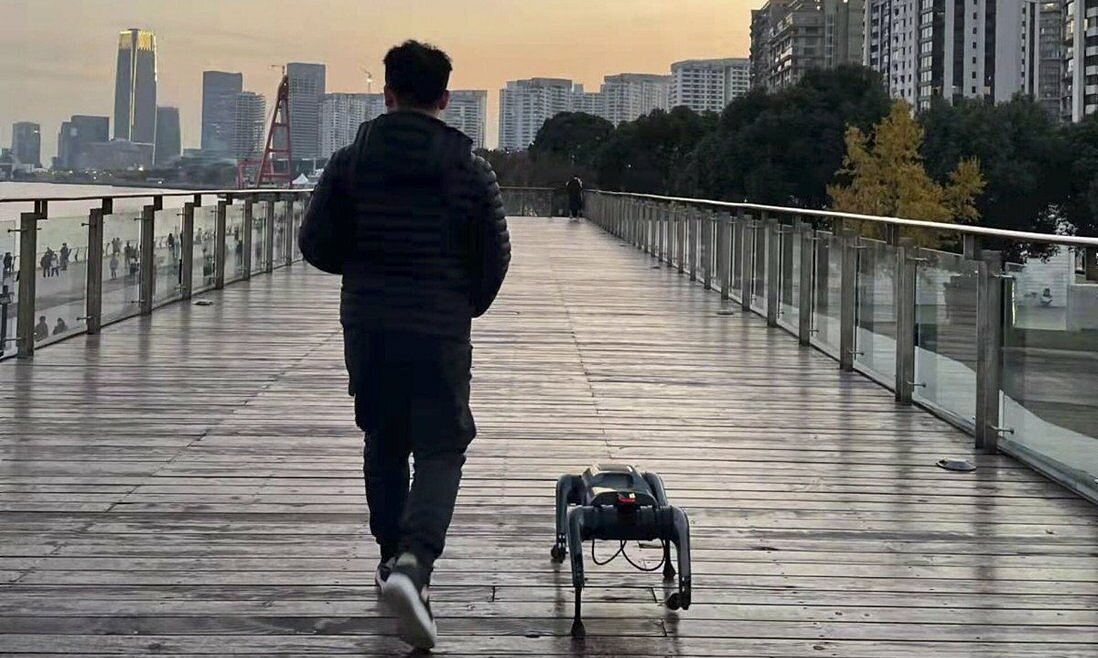 ChinaSome people want to have a robot dog because they don’t need a leash, feeding or toilet training in the right place.

Wu Xiangyu, a resident of the city, owns a robot dog and tries to walk them, in December 2021. As soon as it appeared, the robot quickly attracted attention from the surrounding. Many people take their dogs to meet robot dogs for comparison. But most real dogs are aggressive, do not dare to approach and bark fiercely.

Wu’s robot dog, named Cyberdog, was developed by a domestic technology company. The product launched in August 2020, is in the public testing phase, has not been sold to the general market. The dog is programmed to run, turn left, right, greet people and make handshakes. It can even jump upside down – a move that is difficult for any normal dog to do.

“Robot dogs can be used in many ways in life, for example, giving directions and many other activities,” said Wang Xingxing, founder of Unitree, a company specializing in the development of robotic dogs. Besides, users also cannot deny the convenience of robot dogs with the “auto-follow” feature, making them follow closely without the need for a leash. In addition, they also do not make noise, smell or cost money to buy food or take to the doctor.

It’s a high-tech toy, but users could find themselves in ethical and legal dilemmas if robot dogs become popular. For example, the fact that camera clusters installed in the eyes of robots help them move can violate individual privacy rights. And there is no law in China that regulates robot pets.

“It can’t be a substitute for real dogs. They don’t have a soul, a connection with their owners, or know how to wag their tails, express emotions when happy,” one person expressed.

Minh Hang (According to SCMP)