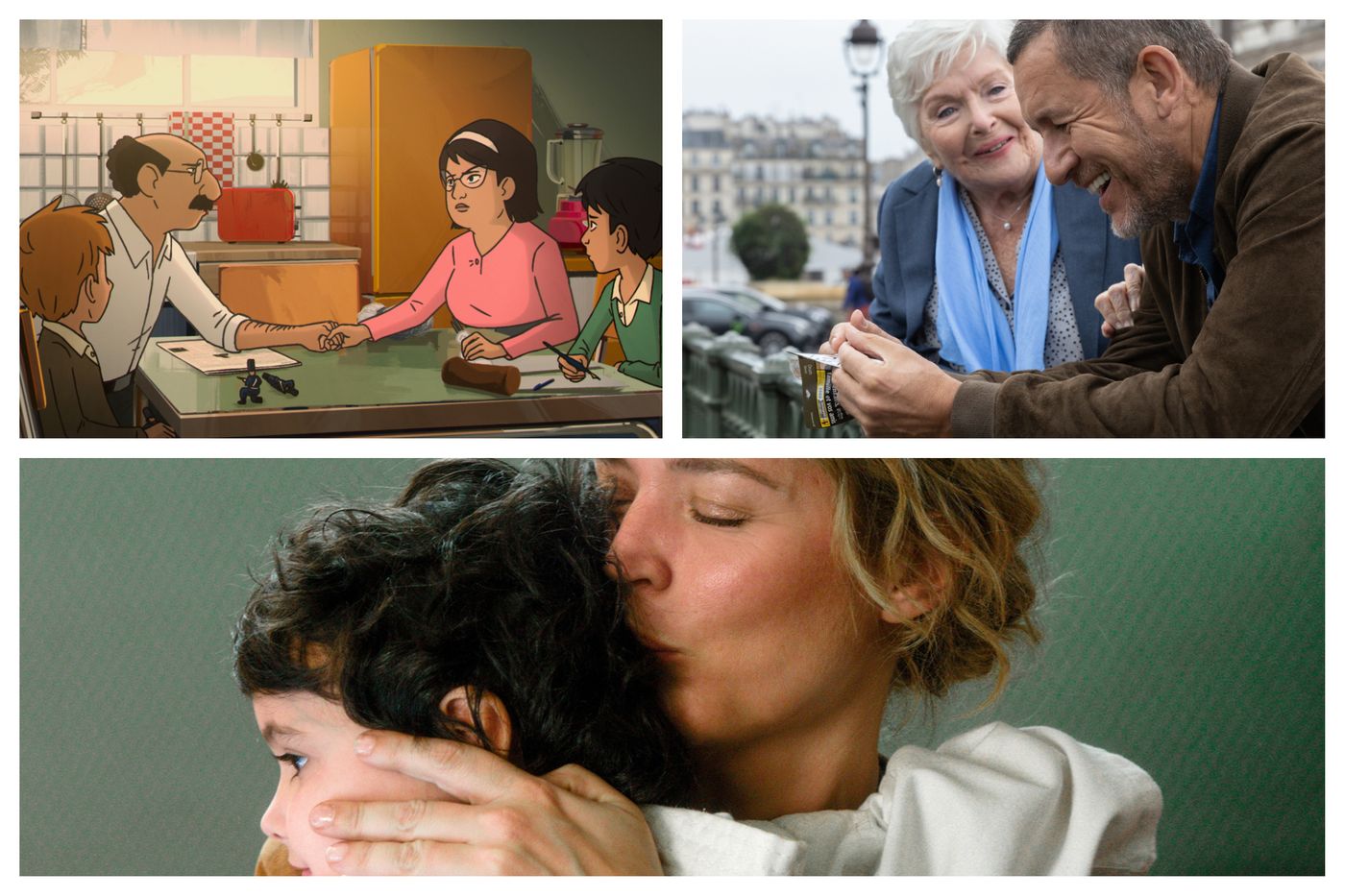 Selected in competition at the Venice Film Festival, Rebecca Zlotowski’s film evokes these mothers-in-law who raise other people’s children without being mothers themselves. She paints a magnificent and radiant portrait of a woman to which Virginie Efira lends her freshness and simplicity.

» READ THE REVIEW. “The Children of Others”: the torments of motherhood

Free adaptation of a comic strip on the silence of a Holocaust survivor, this animated film looks at the question of the transmission of a long hidden memory. Even if its staging and its animation remain a little too academic, the film carries a very strong emotional charge by confronting the carelessness of childhood with this hidden memory.

» READ THE REVIEW. “My Father’s Secrets”, the Holocaust and what is left unsaid

This story sewn with white thread, narrating the relationship between a taxi driver and an elderly lady on her way to a retirement home, is especially true for its two main actors, Line Renaud and Dany Boon. Together they embody the moving encounter of two generations.

» READ THE REVIEW. “A beautiful race”, the last crossing of Paris