(Sports news, MotoGP racing news) The first race in Europe in the 2022 season takes place at the Algarve international racetrack, Portugal. The rain partially affected the runs but could not stop the defending champion with an excellent performance to return to the position that belonged to him.

Moto3: Garcia has a class victory, returns to the top of the personal chart

Denis Oncu won the second Moto3 pole in his career (after Styrian GP 2021) in the rainy run. Meanwhile, Mario Aji and Lorenzo Fellon also made their first appearance in the starting line.

However, when entering the main race in dry weather, it is the “playground” of this season’s championship candidates. Sergio Garcia from P6 started quickly to P1 and created a distance of more than 1.5s with teammate Izan Guevara running 2nd, improving 7 places compared to the start.

However, that gap was completely erased in lap 9 when Guevara took P1, dragging 3 other riders into the podium race and won. The top 5 competed for tit-for-tat in the last 10 rounds, but Garcia was the one who showed bravery at the decisive moment to get the 2nd win and 3rd podium this season, and at the same time took the No. Dennis Foggia was only 8th overall.

Jaume Masia started 15th but had an impressive 2nd leg in a row to get the 2nd podium (P2) and rise to 3rd in the rankings. Ayumu Sasaki also improved 7 places to finish P3 for the second time this season. Oncu finished in the top 5 for the third time but still couldn’t win the podium while Andrea Migno could only finish 7th in Portugal.

Moto2: The American driver won the championship for the first time in more than 3 decades Aron Canet won the first Moto2 pole after 29 races while main rival Celestino Vietti was only 13th. Cameron Beaubier had a good 2nd race in a row to start in the top 2. And when the race started, Canet, Beaubier and Ai Ogura soon rose to become the main candidates for the victory of this stage.

However, the turning point of the race happened when heavy rain fell in lap 9, causing 11 drivers to have an accident at corner 2, including all the top 6 at that time; Fortunately, no rider was injured. The red flag appeared to pause the race and the organizers announced that it would restart the second race with 7 laps. All 11 crashed cars were unable to return and that opens the door for surprises.

Jake Dixon started from the pole position but had an unfortunate accident later, missing his chance to win. Thanks to that, Joe Roberts quickly rose up and created a significant distance from the chasing group. The American driver kept his composure and successfully brought the #16 car to the finish line, and went down in history when he won the first American victory in 11 years, and 32 years if only in the middleweight format.

Vietti was lucky to finish 2nd, thereby increasing the gap in the rankings to 34 points. Jorge Navarro is the name standing in the remaining podium position (first from Silverstone 2021).

MotoGP: The champion has the first victory in 2022 The qualifying run of the highest format began to take place in unpredictable conditions, leading to surprises. A series of names like Jorge Martin, Alex Rins or Enea Bastianini were all eliminated from Q1 along with Francesco Bagnaia, who had a dangerous accident but was still able to participate in the main race. Since then, Johann Zarco has taken 7th pole in MotoGP with a decisive lap effort, followed by Joan Mir and Aleix Espargaro respectively.

The two closest MotoGP champions, Mir and Quartararo, were the best starters, pushing the pole winner, Zarco down to 3rd. Behind, Alex Rins’ remaining Suzuki car made a strong impression when climbing up to 13 places from 23rd place in the first round and reached the top 8 after 2 rounds.

It didn’t take long for Quartararo to overtake Mir, temporarily taking the lead and starting to break the gap. Mir was barely able to answer given the speed of the Yamaha handlebars that he even had to defend against Zarco and Jack Miller in the back. 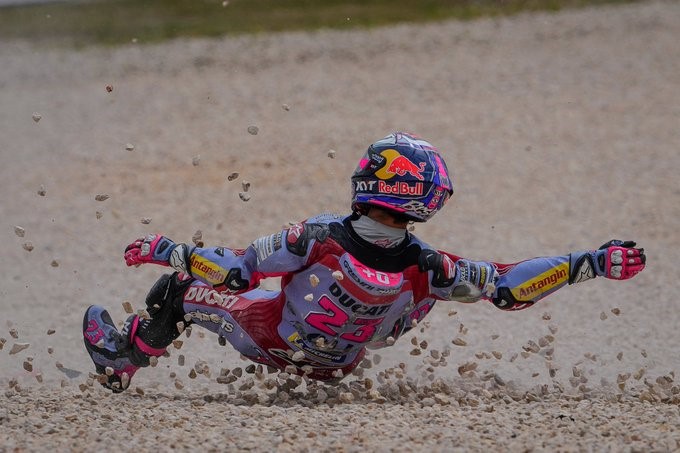 In the 10th round, Bastianini continued his erratic form after each victory when he made a mistake in round 8 and was empty-handed in this stage. At the same time, driver #23 also “flyed” out of the top 3 of the individual rankings. 6 laps later, Mir slowed down and that forced him to give P2 to Zarco even though it took the French driver 2 long straights to pass successfully. Miller also had the opportunity to take the podium position from Mir, but after a careless overtake inside and braking too late on turn 1, the Australian driver had an accident that caused both of them to give up, leaving Portimão empty-handed.

The accident caused the race to be considered arranged. Quartararo created a gap of more than 6 seconds compared to the chasing group and easily went to the first victory after 10 stages for the 2021 MotoGP champion. This achievement also helped driver #20 rise to the top of the individual rankings after stage 5. Zarco secured 2nd place to have 2nd podium, followed by Aleix Espargaro who also had 2nd stage in the top 3 this year. 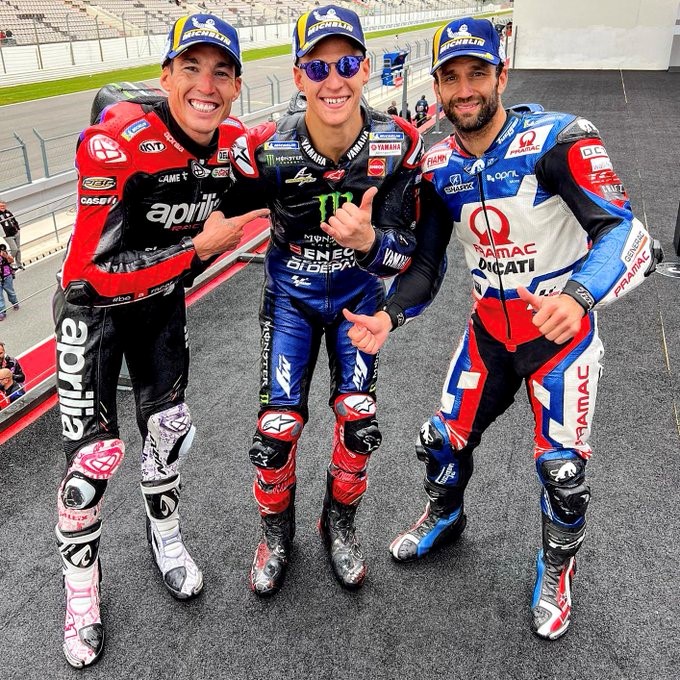 However, the driver with the best performance in this race must be Alex Rins. Driver #42 finished 4th, up 19 steps compared to the starting time and equalizing the score with Quartararo, with the same 69 points.

The host driver, Miguel Oliveira, also had a good result when he finished 5th, behind him were the Marquez brothers, with his brother Marc just 0.02s faster than his brother Alex. Bagnaia endured pain after Saturday’s crash and was well rewarded with a P8 position from the starting P24.

Thus, the first 5 races have seen 4 different drivers win and the gap in the top is zero. The next races in 2022 will have many interesting things waiting for fans.

Stage 6 will take place at the Jerez racecourse, Spain this weekend, from April 29 to May 1. 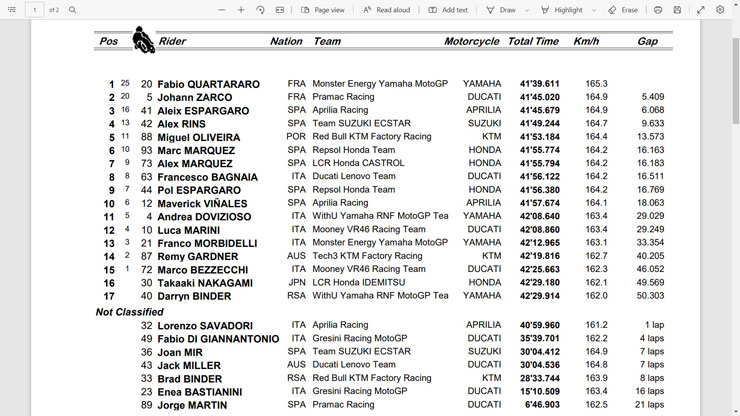 (Sports news – racing news) The second and final race in the Americas within the framework of MotoGP 2022 takes place at COTA racetrack, USA on the occasion of the 500th anniversary of the…