(Sports news, chess news) After 10 games at the chess tournament for 16 world players, Le Quang Liem has a chance to win tickets to the quarterfinals.

In the 6th game of the Skilling Open, Quang Liem took the black army, actively defended, and fended off the massive attacks from Nakamura. After that, Quang Liem repeatedly used a pilot attack and caused the opponent to fall “into the trap”. With the advantage of 1 Queen, 3 good, Liem forced Nakamura (1 Rook, 1 Knight, 2 Pawns) to “ask to lose” in the 46th country.

Through a thriving game, Quang Liem lost in game 7, the remaining three games he lost 1, drew 1, won 1. At the end of the second match day, Le Quang Liem had a total of 4.5 points, temporarily standing. ranked 11/16 chess players.

On the day of the final group stage competition in the Skilling Open, Quang Liem still has the opportunity to reach the quarterfinals if there are more impressive victories. Liem’s ​​opponents in games 11, 12, 13, 14 and 15 respectively: Ian Nepomniachtchi (Russia), Magnus Carlsen (Norway), Teimour Radjabov (Azerbaijan), Anton Guijarro (Spain) and Alireza Firouzja ( Iran).

The most awaited match is definitely the clash with Magnus Carlsen in game 12. The Carlsen chess king has a fast Elo coefficient of 2,881, Quang Liem’s ​​coefficient is 2,744. The match will take place at 1 am November 25, Hanoi time. 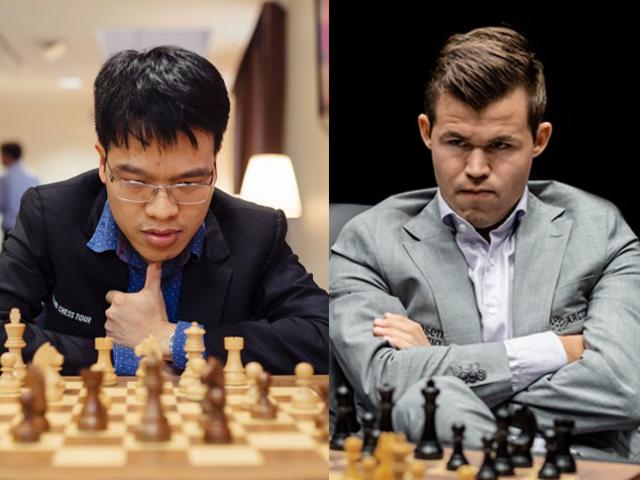 (Sports news, chess news) Le Quang Liem once had the opportunity to face the Norwegian Chess King, Magnus Carlsen at the …