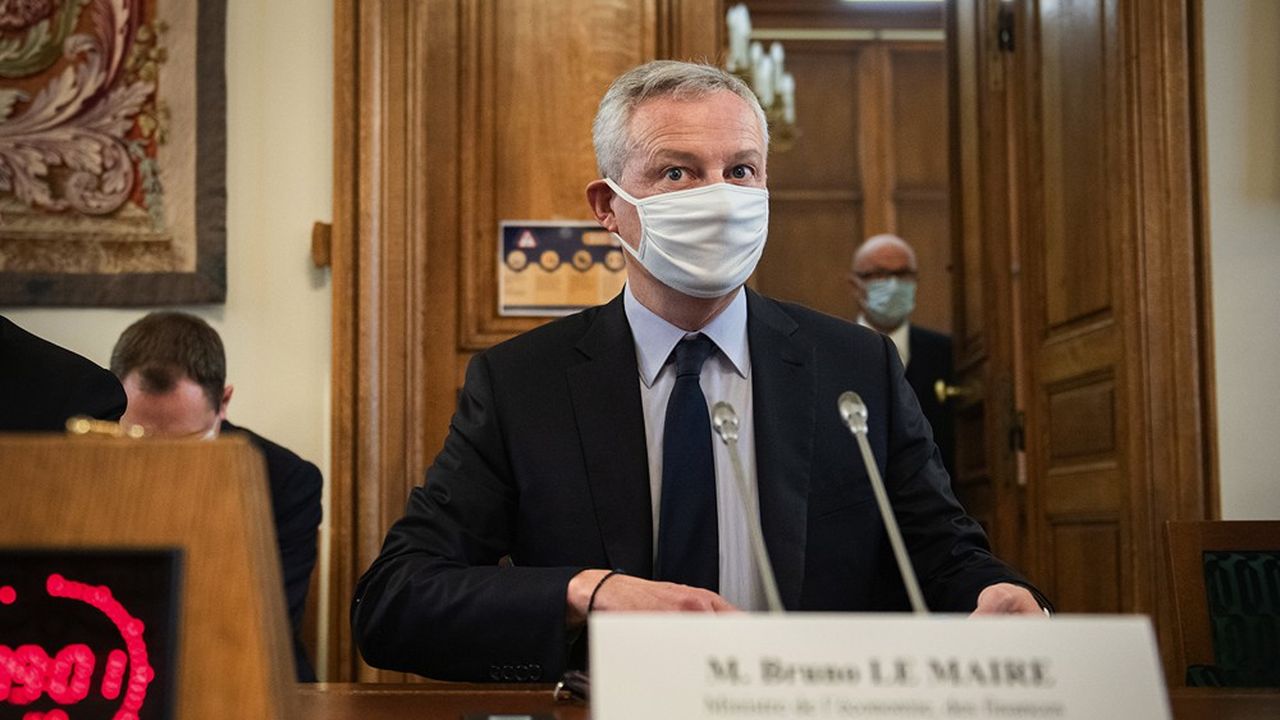 The legislative marathon continues. The bill on purchasing power arrived Thursday morning in public session in the Senate. In the Hemicycle, dominated by the right, the Minister of the Economy, Bruno Le Maire, reiterated the framework and the “red line” that the executive has set for the adoption of all the measures calibrated at 20 billion euros by the government.

“The additional spending envelope of the purchasing power package could reach 700 million euros, no more, no less,” launched the Bercy tenant. “We are coming out of the National Assembly with a text which specifically commits 350 million euros in additional expenditure. I hope, to set the course, that at the end of our debates in the Senate, we can have increases in expenditure that are comparable, ”he said. Adding, “it seems responsible to me and it seems reasonable to me. »

The Minister once again hammered home the objective of bringing the deficit below 3% of GDP at the end of the five-year term and to 5% in 2022. “Every euro counts”, he declared, insisting in particular on “ the 12 billion euros in credits opened to take account of the increase in the debt burden, 10% of which is indexed to inflation”.

“Bruno Le Maire announces at the outset the amount of the additional amendments dealt with LR in the Senate: 350 million euros… if it does not bother him, we will still debate! “, reacted on Twitter PS Senator Marie-Pierre de la Gontrie, while more than 450 amendments were tabled in total.

Examination of the measures for the “valorization of work” led to several modifications of the text resulting from the Assembly. The senators were particularly opposed to the continuation of the “Macron bonus” for all companies, beyond 2023. As voted in committee, they reserved this possibility only for companies with fewer than 50 employees. “It’s a sticking point” with the government, acknowledged rapporteur LR Frédérique Puissat.

On the other hand, the government accepted a modification made by the Senate, which plans to limit the splitting of the premium to four payments.

Another “work” measure adopted by the senators, the temporary relief of employers’ contributions on overtime. The limitation of the revaluation of the RSA to 3.5% – instead of 4% – was also proposed by the LR group.

Several amendments from the left and aimed at putting the minimum wage at 1,500 euros net monthly were rejected, unsurprisingly.

In the morning, Bruno Le Maire had insisted on maintaining the compromise reached with Les Républicains at the Assembly on fuel. “If we combine all our measures, we will have a price of around 1.50 euros for petrol and diesel at the start of the school year, and that is the only thing that matters for our compatriots”, he argued. “I would like us not to open this debate again (…) Some in the Senate find that it is insufficient and that superprofits should be taxed”, pointed out the minister. A call launched, while the centrists declared to be in favor of an exceptional contribution imposed on large groups, just like the senators on the left.

The compensation to be provided to local authorities should also lead the debate in the Senate. The minister considered that answers had been given, with the targeted device of 180 million euros for the municipalities put in difficulty by the prices of energy and inflation – a solution which was proposed by the socialist deputy Christine Pirès-Beaune. Bruno Le Maire pointed the amendment to 120 million to compensate for the increase in RSA to the departments. “Sorry to say it, but it is also good to take into account those who have bad management”.