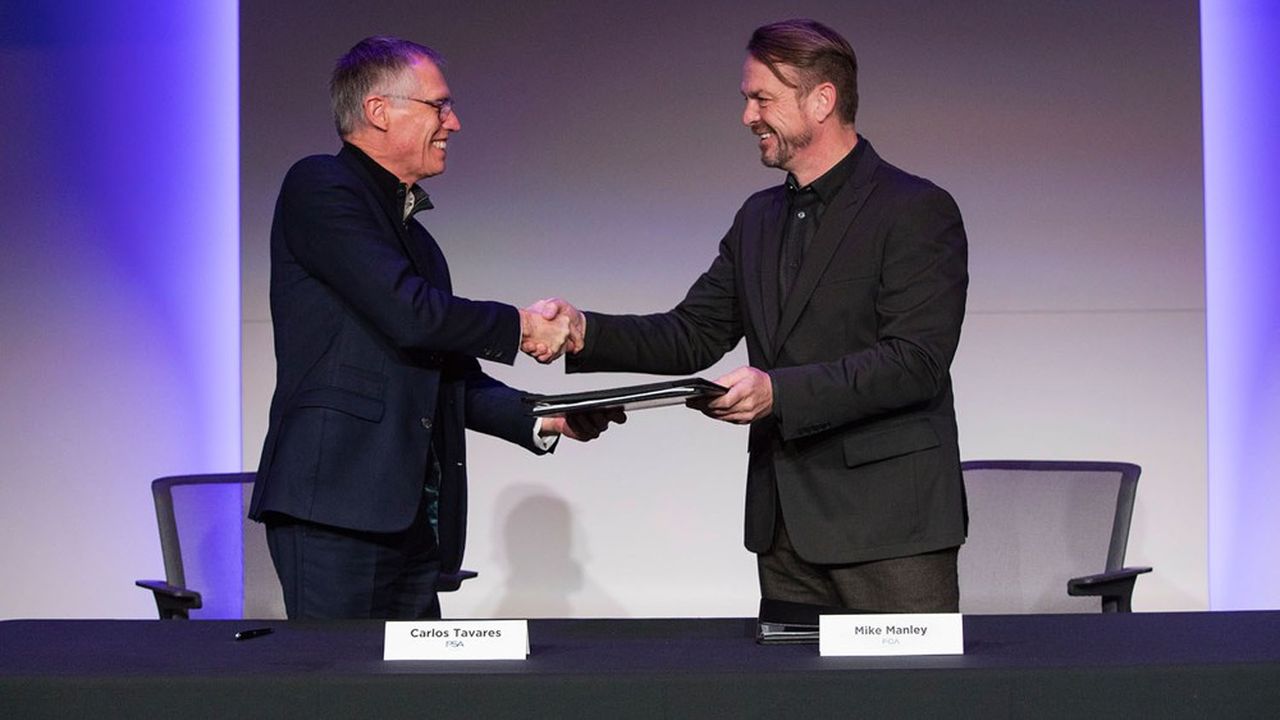 PSA and FCA are off to a good start to celebrate their union earlier than expected. In a joint press release, the two manufacturers announced on Wednesday evening the convening notices of their respective shareholders for January 4, with a view to approving the creation of Stellantis (the name of the future entity). Until then, the two manufacturers were content to say “confident” on the possibility of finalizing the operation “by the end of the first quarter of 2021”.

But the two companies have carried out a flurry of announcements in recent weeks, which would clearly point to a tight schedule. During September, the two parties took several major steps in quick succession, including the renegotiation of the financial terms of the deal (a revision made necessary by the crisis), then the announcement of the composition of the future board of directors of Stellantis.

Even the design of the future logo is fixed

Everything (or almost) is now fixed, until the logo of the future group, unveiled a few days ago. Obviously, Carlos Tavares, appointed to be the boss of the future group, is eager to get down to work, and every week gained to put in place future synergies is good to take.

The setting of the date of January 4 also seems to indicate that the authorities of competition regulation all ended up giving their agreement to the operation, including in Europe. On October 26, Reuters, citing “sources familiar with the matter”, indicated that Brussels was ready to approve the project. “A decision could be made before the end of the year,” the agency said.

The agenda and the draft resolutions that will be submitted to the shareholders’ vote will be made public on November 23, the two groups said in their press release.