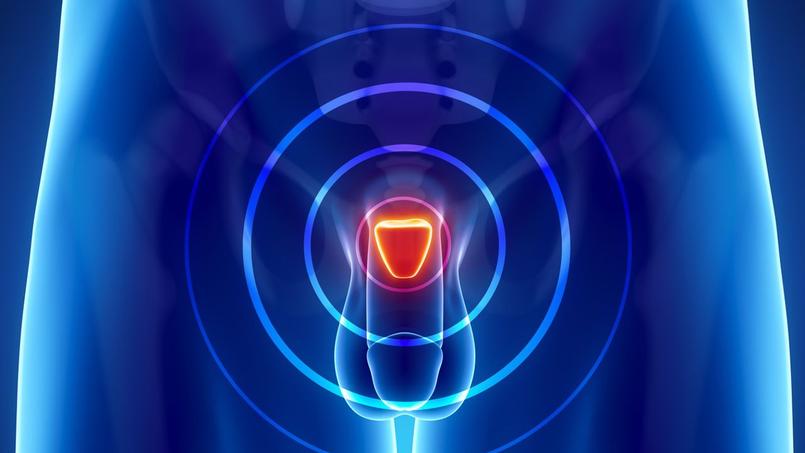 What is the prostate? What are the signs of a prostate problem? When to worry about frequent urination What are the key reviews? Our responses.

“As soon as a man over fifty appears in my field of vision, I wonder if he has any problems with his prostate”, notes the writer Tahar Ben Jelloun who tells in Ablation the journey of one of his friends with cancer. It is in fact around the age of 50 that the prostate will really start to be talked about. Of course, some men will suffer from an inflamed prostate (prostatitis) before this age. But their number is not commensurate with that of men who will encounter urinary problems from their fifties.

In question? The natural enlargement of the prostate which will compress the urethra. Thus, 50% of men of 50 have a large prostate, those of 60 years, 60%, those of 70, 70%, etc. In France, around 1 million men over 50 are affected by what is called benign prostatic hyperplasia. Generally not serious, it can nevertheless be very troublesome and require medical treatment, or even an operation.

More worrying, but also less frequent, prostate cancer also appears at this time of life. Each year, more than 50,000 prostate tumors are diagnosed in France, in 66% of cases in men aged 65 and over. It is a cancer with a good prognosis, the mortality of which has decreased since the 1990s. At the present time, the main difficulty remains clearly distinguishing between non-aggressive tumors which do not require treatment and from which we do not die, from those who are at risk of metastasis.

Prostate disease can be:

– of infectious or inflammatory origin – »it is a prostatitis

– benign tumor – »it is an adenoma

– malignant tumor – “it is cancer

What is the prostate?

The prostate, a sex gland hidden under the bladder, is part of the male reproductive system. It secretes a nutrient liquid for the sperm, which is part of the composition of the sperm and contributes a third to the volume of the latter.

Located just below the bladder in front of the rectum, the prostate is a hollow gland through which the urethral canal and ejaculatory duct pass. It is the size and shape of a chestnut, measuring 3 to 4 cm long and 3 to 5 cm wide.

The prostate is a gland made up of glandular tissue, made up of about 100 small glands that produce fluid, and a supporting tissue called a stroma. The latter is formed of a fibrous tissue containing vessels, arteries and veins, and smooth muscle fibers.

The prostate is enveloped by the capsule, except in its upper and lower parts, where sphincters are located. Its posterior face is crossed by a median groove separating two lobes. Two annex glands are attached to it: the seminal vesicles.

What symptoms should alert?

The location of the prostate, at the intersection of the ejaculatory ducts and the urethra, makes it an important organ for male sexuality and fertility, but also for good urination.

The passage of urine less easy

The prostate surrounds the urethra, the channel that carries urine from the bladder outward. It does not play a truly active role during urination, but its inflammation or increase in volume can result in disabling urinary symptoms. It is then a weak jet of urine despite the need to urinate, a feeling of poor emptying of the bladder, as if it was not completely emptied after urination, a presence of late drops, frequent urination, a need to urinate shortly after the last urination (pollakiuria) or difficulty in holding back (urgency) causing the need to get up several times a night.

The prostate plays a role in the production of sperm, which is made up of the mixture of sperm from the testes, seminal fluid and prostatic fluid. During orgasm, she participates in ejaculation by contracting. The prostatic urethra (part of the urethra that passes through the prostate) is then closed at both ends by a sphincter which allows the temporary storage of sperm and its expulsion during ejaculation.

An impact on sexuality

The prostate does not play a role in an erection. However, men who suffer from symptoms related to prostate disease more frequently than others have disturbances in their sexual functions (decreased desire, ejaculation disorders, orgasm and erectile dysfunction). The discovery of a sexual dysfunction in a man should lead to a search for prostate disease and vice versa.

READ ALSO ” UTIs in men and women are not the same

What are the key reviews?

A blood test allows to know the level of a protein naturally produced by the prostate, the prostate specific antigen or PSA. An increase in this level from normal values ​​(less than 4 ng / ml) may be a sign of an abnormality. This blood test does not require you to be fasting. It is simply advisable not to perform it after a digital rectal examination.

This clinical examination consists of inserting a gloved and lubricated finger through the anus to gain access to the posterior surface of the prostate, located against the rectum. As a rule, the patient lies on his back, knees bent on the chest, legs apart. The doctor (proctologist or urologist) thus assesses the volume of the prostate, its flexibility and the consistency of its tissues.

The doctor introduces a catheter through the urethra that allows him to see the prostate, and a needle to remove pieces of prostate cells that will be analyzed under a microscope.

The cytobacteriological examination of the urine (ECBU) is prescribed in order to look for a possible urinary infection.

How is the size of the prostate measured?

Do you suffer from urinary problems?

The International Prostate Symptom Score (IPSS) questionnaire is a tool for screening and helping to diagnose and monitor symptoms of benign prostatic hyperplasia. It is used to assess voiding disorders during the past month.

1) During the past month, how often have you had the feeling that your bladder was not completely emptied after urinating?

2) How often did you need to urinate again within 2 hours of finishing urinating?

3) How often have you had an interruption in the urine stream, i.e. start the stream, stop, then restart?

4) After you felt the need, how often did you have difficulty holding back your urge to urinate?

5) How often have you had a decrease in the size or strength of the urine stream?

6) How often did you have to force or push to start urinating?

7) How many times per night, on average, did you get up to urinate (between when you went to bed at night and when you got up for good in the morning)?

Your score is between 0 and 7: symptomatology considered to be mild.

Your score is between 8 and 19: symptomatology considered to be moderate.

Your score is between 20 and 35: symptomatology considered severe.

This is the interval that is considered normal between two urinations. We therefore urinate on average 5 to 7 times a day. Getting up at night to urinate is not pathological.

This is the number of consultations carried out in France each year for an infection or inflammation of the prostate. The latter, very frequent between the ages of 40 and 60, account for 9% of urologist appointments and 1% of general practitioner visits.

“There are 4 possible causes when you get up several times at night to urinate: a benign prostatic hypertrophy, an overly sensitive bladder, a problem with sleep apnea or even a heart problem”, specifies urologist François Desgrandchamps. To be sure, all you have to do is calculate your urine volume at night.

How? ‘Or’ What? By urinating into a bottle whenever the need arises. “If you collect more than 700 ml overnight, that’s a different problem than the prostate. It can be linked to sleep apnea. Indeed, during the respiratory pauses, the body secretes a diuretic to lighten the lung so that the oxygen passes better. Or it could be a heart problem: the heart is poorly pumping the blood that stagnates in the lower limbs during the day. When you are lying down, the blood circulates better, it is filtered by the kidneys which then do their job and secrete urine ”, explains Prof. Desgrandchamps.

As for men with a hypersensitive bladder, they will urinate often, both night and day, but in small amounts each time.