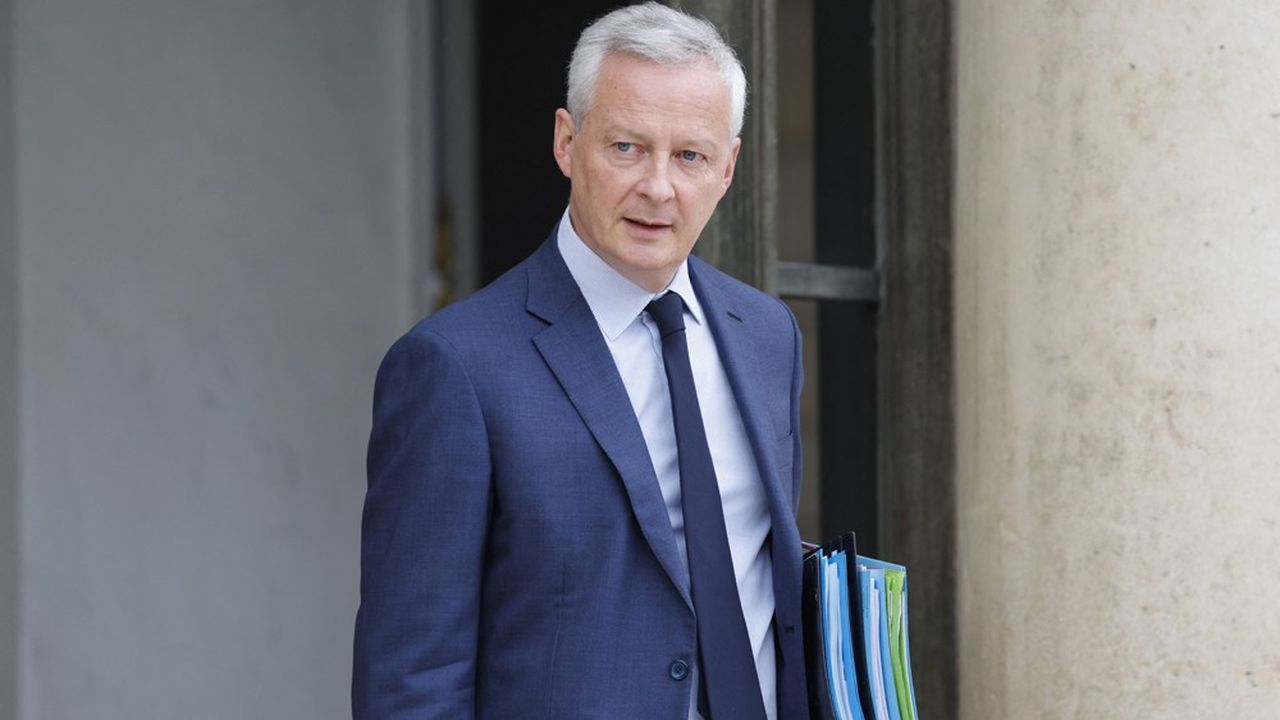 The Finance Bill for 2023 must be presented in two weeks, and its closure is proving more and more complicated as the deadline approaches. The Minister of the Economy, Bruno Le Maire, confirmed on Monday that the government was going back on its initial promise to abolish 8 billion euros in production taxes from 2023, preferring to spread this measure over two years. A decision he justifies in the name of “concern for the balance of public finances” at a time when the growth forecast for next year seems to have to be revised downwards.

“We will abolish the contribution on the added value of companies (CVAE) but we will abolish this production tax twice, in 2023 and in 2024. From 2023, there will be a reduction of 4 billion in this production tax for all businesses,” explained the minister on LCI. The latter, like the Prime Minister, had nevertheless assured the Medef summer university at the end of August that this reduction would be fully effective next year, as Elisabeth Borne had promised in her general policy speech in July .

Will this decision mark the beginning of a more tumultuous and conflictual relationship between employers and Emmanuel Macron? This spread over two years, revealed by “Les Echos”, had provoked a fairly strong reaction this weekend from the Medef, which refused that the CVAE be “a variable of budgetary adjustment”, as qualified by Patrick Martin, its deputy president. . “We have seen too many decisions postponed in the past, or spread over several years”, he had denounced, recalling that “the word of the State must be kept, otherwise a doubt will settle in our minds as to the reality of the continuation of the supply-side policy. »

When questioned, Bruno Le Maire reaffirmed that the economic creed of the executive did not move, refusing any comparison with the fiscal zigzag of the Holland years. “This two-step trajectory will be included in the 2023 budget so that all companies, in particular the industries to which I attach vital importance, have the assurance that this production tax will indeed be abolished in 2024”, he added. he added to reassure employers.

In reality, the Minister of the Economy made it clear that he had little choice if he wanted to keep the objective of a public deficit contained at 5% of GDP in 2023. “It is more difficult , but we will stick to this objective, he affirmed. To balance its budget, the tenant of Bercy must make a future tariff shield on energy prices which, even reduced, promises to be very expensive. And above all, the economic outlook has darkened significantly in a few weeks.

Bruno Le Maire thus refused to confirm the growth forecast of 1.4% for next year, which is the one he had put forward last July. “I maintain that we will have positive growth in 2023”, he simply stated, promising a “precise figure” in the days to come.

Despite the marked slowdown in activity anticipated by INSEE for the end of the year, and the risk of recession not ruled out for 2023 by the Governor of the Banque de France, François Villeroy de Galhau, the Minister assures us that “the reality is that the French economy is resisting”: “The fundamentals of the French economy are solid enough for us to be able to get through this difficult period without it turning into a disaster scenario”, he assured.